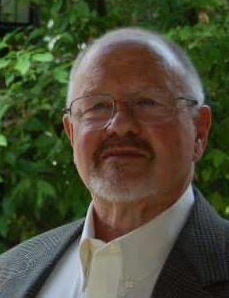 Thomas Gigot (81) of Littleton, Colorado died on December 10th 2022. Thom was born in Chicago on March 8th, 1941 and was adopted by Harry and Myrtle Gigot. The family lived in Langes Corners and Sturgeon Bay before the family moved to Green Bay, Wisconsin. Thom graduated from Premontre High School in 1959 and joined the Air Force that same year.

It was the Air Force that sent him to Colorado, the place he loved and the place he ultimately called his home. After the military, Thom spent several years working in sales. Thom met Nancy Vincent and they were married in December of 1977. The two were together for forty-seven years and would have celebrated their forty-fifth wedding anniversary on December 31st, 2022. Thom spent over seven years in the Air Force and during his time in the military, Thom had met his former wife Linda Jenkins and they had two children,Tony and Nikkie. The two remained friends throughout Thom’s life. While enjoying his retirement, Thom worked part time as a ranger at the local golf course.

Thom was preceded in death by his son, Tony Gigot (Parker, Colorado) and his parents, Harry and Myrtle Gigot (De Pere, Wisconsin).

Anyone who knows Thom understands he was quite the character and he will be sorely missed.

In lieu of flowers, please send tribute donations in Thom’s name to the Alzheimer’s Association.