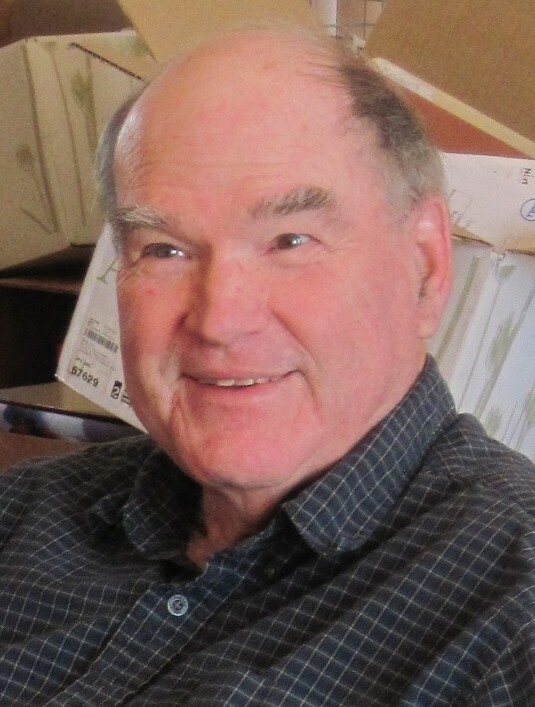 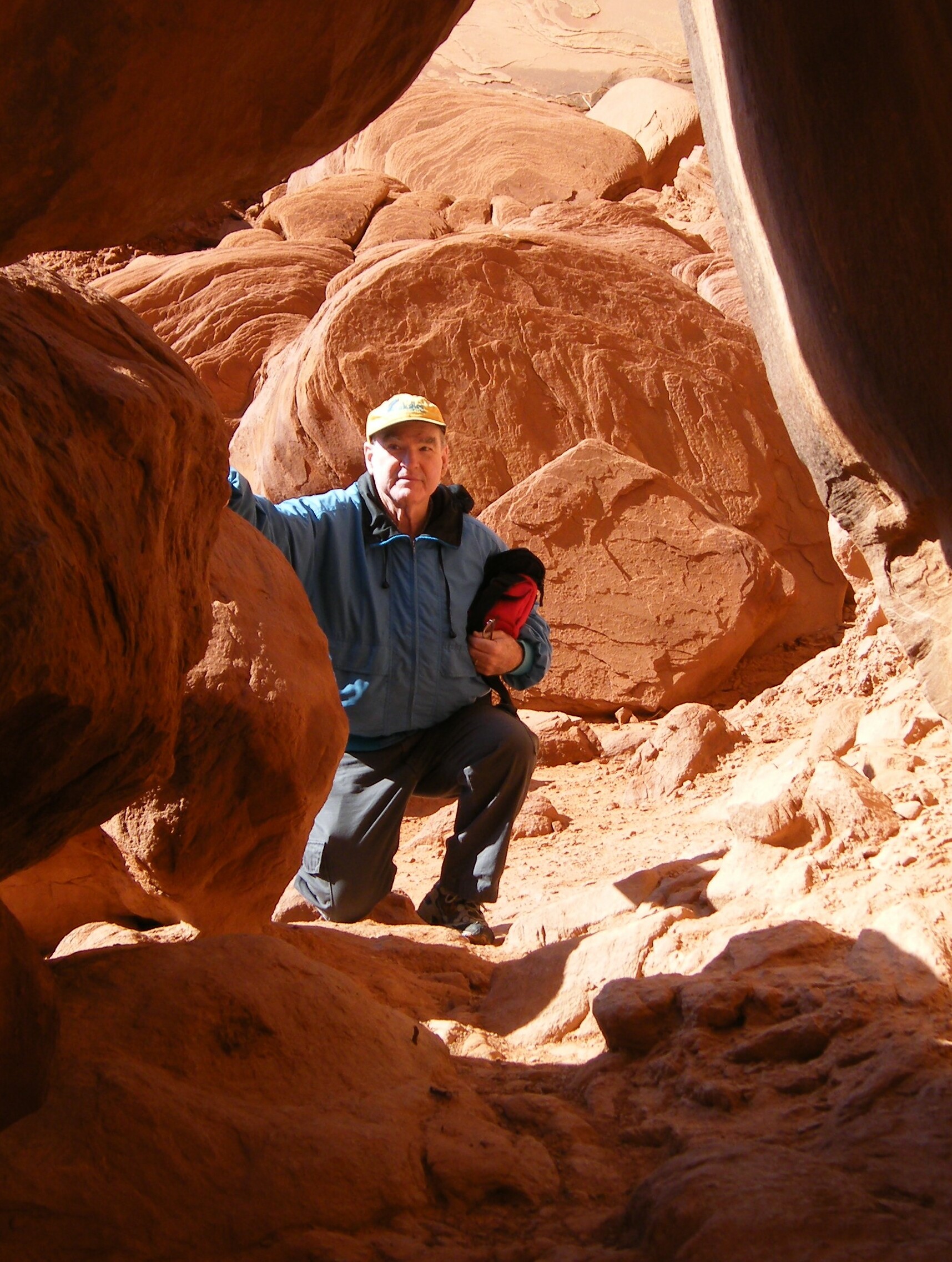 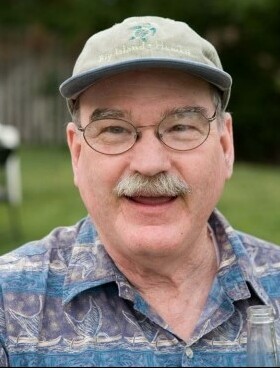 Robert (Bob) Dean Higgins, age 76, passed away peacefully in hospice care on Friday, October 28, 2022, from terminal agitation as a result of advanced dementia. Bob was a loving husband, father, grandfather and friend.  He is survived by his wife, Marion Malinowski, his son, Brian Higgins (Renee Wunsch), and his granddaughter, Contessa Lynn Higgins. He is fondly remembered for his compassion, strong will, kindness, optimism, and jovial sense of humor.

Bob was born July 19, 1946 in Washington, D.C. in Sibley Hospital, to Michael J. Higgins and Jeanne Blewitt Higgins.  They divorced when Bob was 6.  His mom raised him in Arlington, Virginia.  In 1st grade, Bob met Frank Blum, his life-long friend.  His childhood vacations with his mom were visits to Scranton, PA to visit her family, staying with her grandparents, Bob’s great grandparents. Bob’s first job as a teenager was working in a movie theater.  He graduated from Washington Lee High School in 1964.  He and Frank went on to the University of Arizona in Tucson, where Randy Heald became a close friend.  In order to fulfill a science requirement his freshman year, Bob took a geology class, not by choice, but because it was the last science class available at registration. He enjoyed telling the story of how annoyed he was at being forced to study “rocks”.  However, he clearly enjoyed it, receiving a Bachelor of Science in Geology from the University of Arizona in Tucson in 1969.

Bob served in the U.S. Army from 1969-1971 as a meteorology specialist, spending 13 months in Vietnam attached to an artillery unit. After being discharged from the Army, he returned to the Washington, D.C area.  He spent several years working as a geologist for the Federal Power Commission.  During this time, he enjoyed sailing on the Chesapeake Bay on a race crew with Randy and other friends.  Randy also planned many ski trips out West. This group of sailors and/or skiers included Randy and Karen, Al and Louise, Ron and Ann, and Chauncy.

In 1978, Bob began working for the U.S. Geological Survey Conservation Division, sharing an office with geologist Marion Malinowski.  In May of 1980, Bob finished his Masters’ Degree in Engineering Administration from George Washington University.  He married Marion on July 26, 1980.  Part of their honeymoon included sailing in the Grenadine Islands in the Caribbean with the above-mentioned group – and weathering Hurricane Allen!

Bob and Marion transferred to the USGS office in Albuquerque, N.M, in January of 1981.  Both enjoyed exploring the Southwestern states and cultures.  Their only child, Brian, was born in May of 1984 in Albuquerque. By this time, Bob was already working in Lakewood, Colorado for the National Park Service.  In mid-June, Marion and 19-day old Brian completed the move to the house that Bob bought.  In 1994, Bob and Marion built a new home on Green Mountain in Lakewood.

For the National Park Service, Bob managed the Geologic Resources Division, a group of geologists focused on geologic projects, problems, and geologic interpretation and education in the national parks nationwide. Bob was a leader and mentor to his staff.  Called a visionary by his colleagues, he and his staff created geologic programs and partnerships in the national parks that continue to thrive today. Of note is the Geologists in Parks Program (in partnership with the Geological Society of America), now grown into the Scientists in the Parks Program.  Outside of work, Bob’s hobbies and activities included Boy Scouts with Brian; attending Brian’s soccer and baseball games and swim meets; garden scale model railroading; flying remote control airplanes; raising guinea pigs; and skiing. Bob enjoyed music and was supportive of Marion playing violin in the Jefferson Symphony and Evergreen Chamber Orchestras, attending her concerts. Bob succeeded in his career and chosen activities in spite of macular degeneration caused by PXE, a genetic condition.  He maintained a positive and optimistic attitude. He stopped driving in 1987, opting for slower electric scooters.

In 2008, Bob retired from the National Park Service and Marion retired from the Bureau of Land Management.  Bob continued to write for the Park Service for four additional years as a volunteer.  Because of his poor vision, he enjoyed listening to recorded books, especially in the genres of mystery and suspense and history.  Bob was a big fan of the Denver Broncos and the Colorado Rockies, attending 4-6 baseball games a season in seats 13 rows above home plate.  He continued to work on his Garden Railroad.

One major goal for retirement was travel.  The first year of retirement included a cross country road trip east to see family, friends and new places.  At the Rhinebeck, NY Air Museum, Bob got to fly in a WWI vintage biplane. Other trips included Alaska, Disney World, California wine country, and annual trips to the Big Island of Hawaii.  In 2011, Bob and Marion travelled to Bavaria Germany for exchange daughter, Olivia’s wedding. There were several “boys only” road trips with Randy.  2017 marked a trip with Frank and Maureen to Iceland, the geologist’s playground of volcanoes and glaciers. A Road Scholar tour to Lafayette, LA Cajun country and New Orleans followed with Al and Louise and Ron and Ann.  In 2018, a tour to Ireland, Wales and England took Bob to the lands of his heritage.  Bob entered memory care in September, 2020.

A funeral Mass for Bob will be celebrated on Friday, December 9, 2022 at 11:00 a.m. at Christ on the Mountain Catholic Church, 13922 W. Utah Avenue in Lakewood, CO.  A luncheon follows in the church hall at noon. Internment of ashes at Ft. Logan National Cemetery is scheduled at 2:15.

In lieu of flowers, memorial contributions may be made to The National Parks Foundation; the Geological Society of America’s Scientists in the Parks Program; or the Alzheimer’s Association.