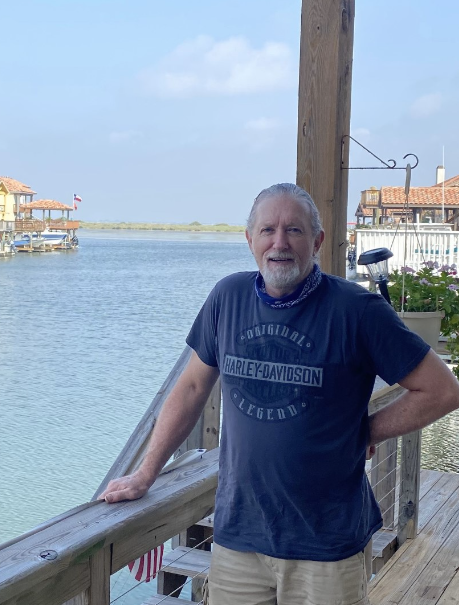 David “Dave” Gobble, 63, of Lakewood, Colorado passed away on November 6th, 2022. Dave was born on March 12th, 1959 in Denver, Colorado and grew up in McCook, Nebraska. He graduated from Wauneta High School in 1978. He returned to Colorado around 1984 and made it his forever home with his wife, Theresa, whom he spent 32 memorable years with before she passed away in 2021.

David was an avid learner, always asking questions and eager to gain an understanding of anything that piqued his interest. He enthusiastically shared his knowledge and would encourage others to explore as many avenues to problem solving on their own before asking for his advice. In the years before he had children, he enjoyed going on hunting and fishing trips with friends, scenic drives in the mountains, and exploring different artistic mediums including drawing, painting and leather working. Dave had a huge appreciation for a variety of music, particularly songs that really "hit home" and gave him the "goosebumps."

After graduating from Denver Automotive & Diesel College, David worked as an automotive technician for the span of his career, spending the last 8 years at Larry H. Miller in Northglenn, Colorado. Dave enjoyed all things machines; cars, motorcycles, tools, tinkering and racing. His favorite hobbies were watching Nascar, NHRA, and even collecting Hot Wheels and antiques. Dave was amused by the smell of vaporizing rubber tires, and especially enjoyed doing burnouts in his 1969 Chevelle, flinging up globs of melted rubber that stuck to the rear quarter panels. In the late 80's and early 90's, Dave worked at Bandimere Speedway as a stager for vehicles on the dragstrip, which gave him the opportunity of working alongside some of the most recognized racers in the industry. He loved driving Dodge Vipers and Hellcats, although hated working on them. He also loved riding his motorcycle and spending lazy weekend mornings cuddling with his beloved cat, Boots. Helping his family and friends with their cars was one of  his ways of reciprocating his love and appreciation.

From early on, Dave was determined to provide for his family and give them the lives they deserved. Dave’s children, grandchildren, friends and family meant more to him than anything else in the world; he was unendingly proud of every achievement and milestone they accomplished! Dave would always dive into great extent with his opinion, knowledge, creativity, pranks, general mischief, sarcasm, comedy and love. Dave will be forever missed and always remembered, especially for his incredible stories, one of a kind personality, and trademark afro.

David was preceded in death by his wife, Theresa Gobble (Kelsch); his adoptive father, Larry Gobble and wife Linda; and his sisters, Jennifer Bartlett and Amy Limbach. David is survived by his three children, Keith (Lisa) Kamicar and Libby and Lexi Gobble; his two grandchildren Leah and Alina; his birth mother, Joyce Box; his adoptive mother Donna Miller and husband Roger; several brothers and sisters; and many other relatives and friends.

David’s closest friends will have the honor to lay him to rest with his wife, Theresa, at Fort Logan National Cemetery in Denver, Colorado. A celebration of life will be held in David’s honor as opposed to traditional funeral services. We request all of David’s friends and loved ones to join us in celebrating his extraordinary life at their longtime home in Lakewood, Colorado on December 3, 2022 at 12pm. In Lieu of flowers, the family requests donations be made to the following organizations that have impacted the family: Cancer League of Colorado, Lutheran Hospice, or Huntington's Disease Society of America.