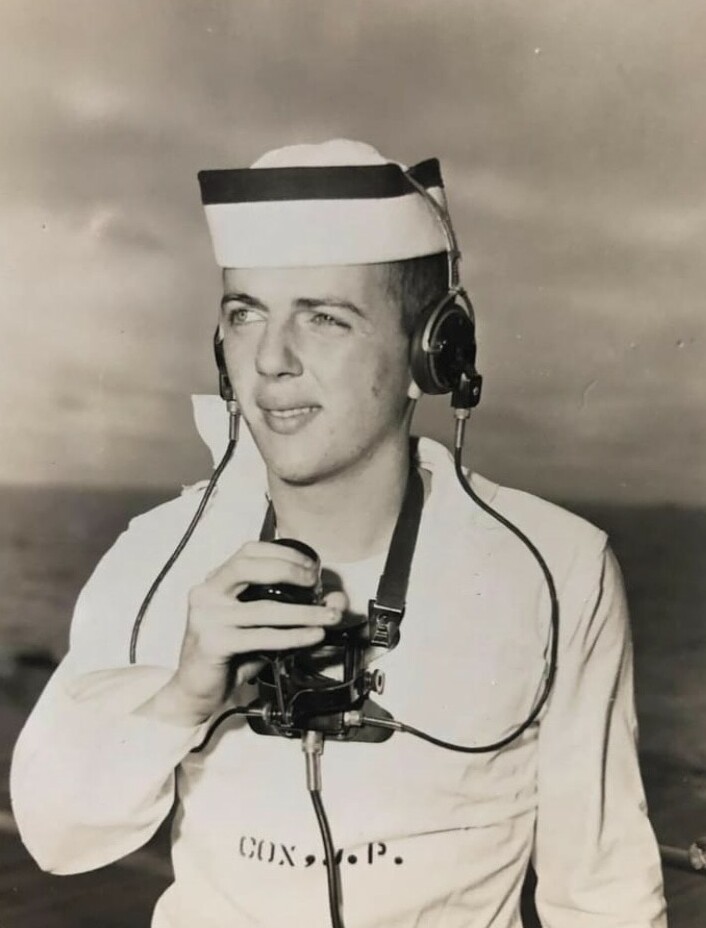 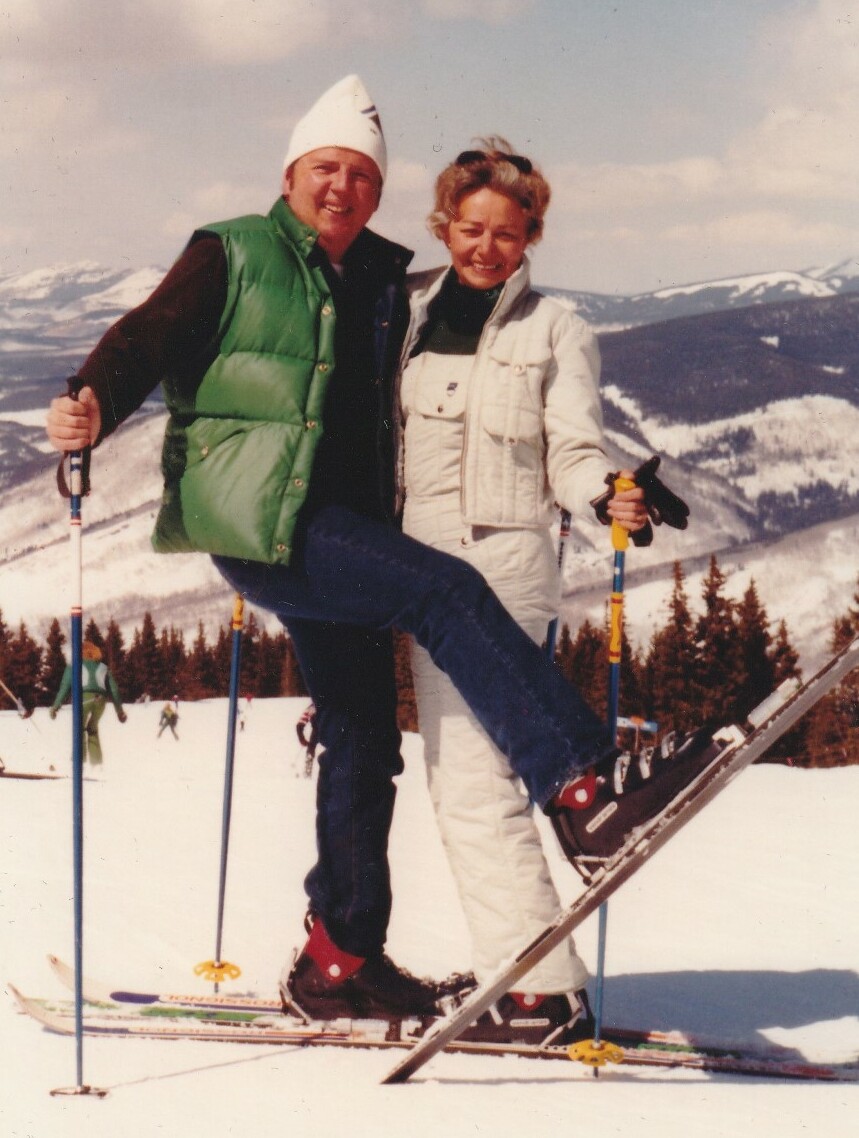 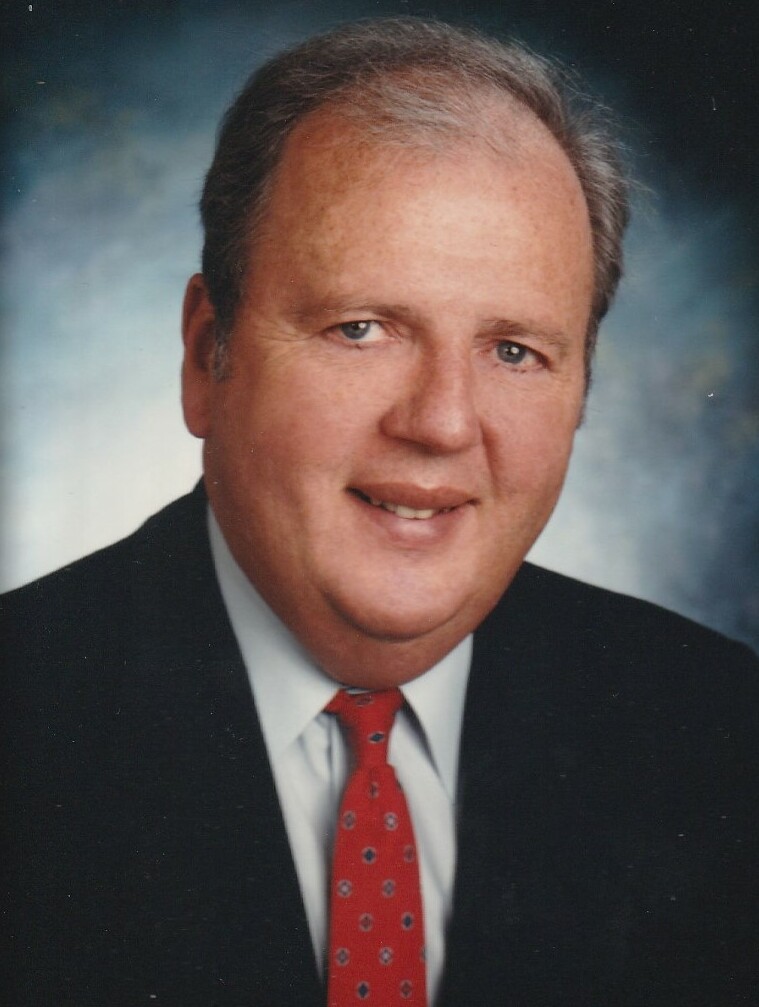 Joseph Cox, of Genesee Village, CO and Grant City, MO. passed away in Centennial, CO. on November 13, 2022. He was born August 14, 1933, in Tulsa, Oklahoma to Lora and William Cox. He always told the story of his parents celebrating the election of Franklin D. Roosevelt and nine months later, Joe was born.

His older siblings: Bill, June and Dotty spoiled him with love and teased him with their amazing humor. His father, Will, was a master storyteller, and that talent was passed down through all four of his children and his grandchildren. Joe’s extended family have memories of reunions full of stories and laughter. Road trips in the station wagon all over the country, camping and hiking trips were a summer tradition.

He graduated from Lyons High School in 1952 and loved playing football. He started his college career at the University of Kansas. He was a member of the Kappa Sigma Fraternity. He graduated in 1956 and in the summer married Charlene Welsh Cox, who was attending KU for her master’s degree. They married July 23th1956 at Danforth Chapel in Lawrence, Kansas. Joseph was ROTC with the Navy and served as an Ensign.

He enjoyed watching KU win many basketball games. He was a Jayhawk forever.

He and his family resided in Houston, TX until 1968. The Cox family spent many weekends at Tennewood, Tenneco’s club for employees. Summers filled with swimming in the pool and in the lake with a real sand beach. The vast property had 15 lakes, 1,000 century-old oak trees and multiple playgrounds. Every Easter after church, the family spent the day at the Easter Egg hunt.

In 1968, Joe moved his family to Lawrence, KS, where he graduated with a master’s degree in Business. His wife also continued her master's degree in Gold and Silversmithing.

He spent over 30 years working in the Petroleum business buying and selling Crude Oil. He started working in the industry working summers in the oil fields of Kansas and offshore drilling rigs in the Gulf of Mexico. He worked for Tenneco, Vickers, Sinclair, and Coral Petroleum CO.

After years of filling their homes with antiques, Joe and his wife, Chuck, opened and ran several antique stores in Colorado, Missouri and Nebraska. They spent their years traveling between the family farm in Missouri and their home in Genesee, Colorado.

Joe was a member of Flagon and Trencher: Descendants of Colonial Tavern Keepers. His ancestral tavern was the Black Horse Tavern and Pub located in Mendham Township, New Jersey. It is NJ oldest continually running restaurant dating back to 1742.

He was very proud of being a descendant of 6 passengers of the Mayflower, 1620.

A memorial service will be held June 24, 2023 in Colorado Springs.

In lieu of flowers, please consider a donation in the name of Joseph P. Cox to the charity of your choice