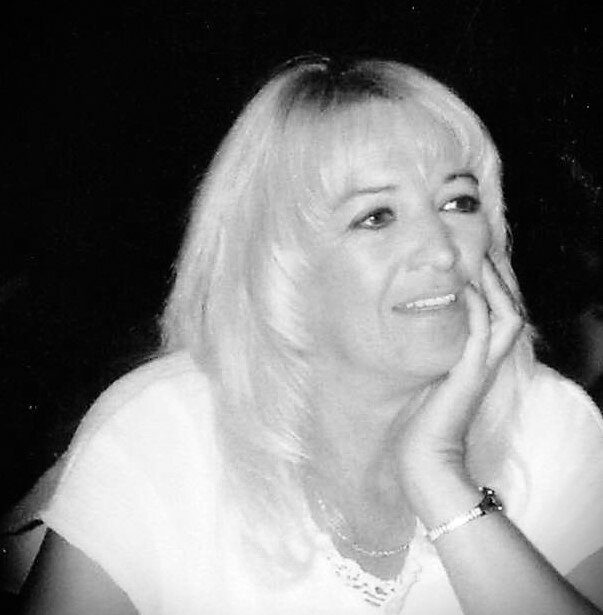 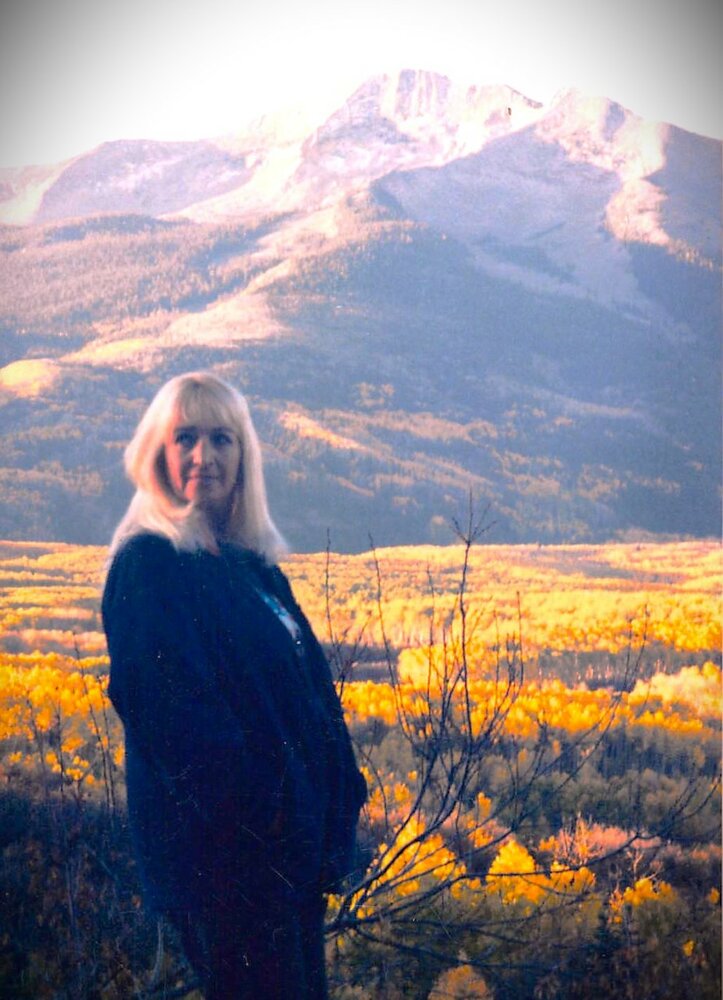 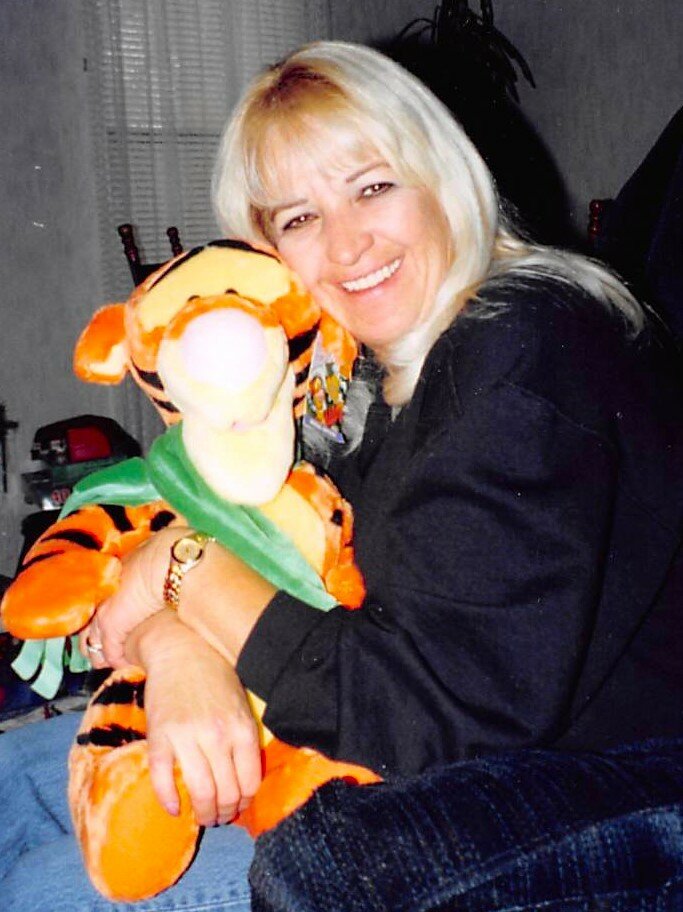 Betty Lou (Schlappe) Lowrance died in Parker, Colorado on Sunday, September 25th , 2022. She was 68. She died one day short of her 69th birthday, much to the dismay of her granddaughter, who thought it would be unique to have died and been born on the same day. Betty was born on September 26th, 1953, in Delta Colorado. She was a long-time resident of Delta. Although she had a bit of a gypsy spirit, and lived in many places over the years, she always came back to her home in Delta. She was very sad, when circumstances made it impossible to live out her final days where her heart wanted to be, on the Western Slope. She died after a long battle with breast cancer, which had metastasized. She was first diagnosed in 2011, and we were all grateful that we received another 11 years with her.

Betty’s parents, Harry and Mildred Schlappe, were also lifelong Delta residents. Harry died in 2006. Mildred still lives in the house that Betty grew up in. Betty is the oldest of two brothers, and a sister. Chuck Schlappe resides in Delta. He has always been there for Betty, and she could always count on him to help or rescue her when she got in over her head. Brian died at the age of thirteen, in 1974. Brian was mischievous and full of life. Losing him was very hard on the whole family.  It was something that she didn’t often speak about, and it still brought her to tears when she did. Her baby sister, Kayleen Jay, lives in Nebraska. Betty and Kayleen had a special bond because of their age difference, with Betty being a “second momma” to Kayleen.

Betty always said she had a very happy childhood and had many friends. She dearly loved school, and often told me that the highlight of her life was her time at Delta High School. We were so thankful that some of those lifelong friends were able to visit her at the end, just days before she passed. I am told that the class of 1971 was a very special class with a very tight bond. Betty participated in band and choir and was often remembered for her love of music and her piano skills. Betty also played clarinet and the accordion.

Mom had a soft spot for cowboys and married quite a few of them. She married her first husband, Lynn Fitzgerald, in 1971. She was seventeen, and gave birth to her oldest child, Sheila Reading, at the age of eighteen. It was a rocky relationship that ended in 1973. Betty and Sheila lived with Harry and Milly until 1975, when she married Bill Pottberg of Olathe Colorado. Bill and Betty were married for 15 years, and she has two sons, Scott Pottberg of Olathe Colorado, and Shaun Pottberg of Parker Colorado. Betty loved being part of the Pottberg family and there are many happy memories of family gatherings and holidays spent together. In 1990, she married Bob Lowrance. She gained two beautiful stepdaughters, Mandey Stafford of Grand Junction, and Stacey Lowrance of Aurora. They divorced in 1999. Betty’s last cowboy was her partner, Melvin Barnes. They were together until 2007. After her cancer treatments in 2011, Betty moved in with her mother, Mildred, and they lived together until Betty was too ill to care for herself.

Betty had many different occupations over the years. She worked at Russel Stover’s, in Montrose, multiple times. She was also a valued receptionist and secretary at many different businesses. She was a good bookkeeper and did that for several years. She was also a stay-at-home mom, after Shaun was born. Her favorite job by far, was when she owned her own paper distribution business in Grand Junction. She loved being a business owner and employing other people. She spent her last years retired and took an active interest in politics and religious topics, as well as natural remedies for illness.

Anyone who knows Betty knows that she loved animals. She had many different pets over the years including dogs, cats, and horses. Her most beloved pet was Munchkin, an ornery and affectionate Chihuahua and Pomeranian mix. She was devasted when she lost Munchkin last year and spoke of her right up until the time of her death. Betty played softball as a young girl and loved bowling. She had many trophies from her time on bowling leagues in Montrose. Betty had an eye for color, and enjoyed painting ceramics, coloring, and doing various crafts. She also loved collecting jewelry, coins, rocks, M&M collectables, and stuffed animals - notably beanie babies and trolls. She also had a love of cars, which she got from her dad, especially Ford Mustangs.

I think that if there is a song that would sum up Betty’s life, it would be U2’s “I Still Haven’t Found What I’m Looking For”. Betty was a dreamer and was always looking for somewhere to be happy and fulfilled, to feel like she fit. She struggled to be satisfied with what she often felt was a dreary and lackluster existence. She craved beauty and peacefulness. She carried a lot of shame for mistakes she made and was very hard on herself – always striving for a perfection she felt she couldn’t achieve. Betty was always searching for that pot of gold at the end of the rainbow. She was fascinated by the beauty of sunsets, the moon, and mountain vistas – especially in the fall. I think now, she has finally found all that beauty and wholeness she was searching for but could never quite capture.

Those of us who knew her best knew she was very witty, and quick to laugh. She loved having fun with people she enjoyed. She loved dancing, romance movies, and sappy Hallmark shows. She always had popcorn with butter in the afternoons. She was a great listener, and kept confidences shared with her. Betty had an extensive and eclectic music collection. She always had music on, even if just in the background. She loved photography and taking pictures of beautiful things. She was very patient, and slow to get angry.

Betty was very proud of her grandkids and had tons of pictures of them. Neisha Reading, Chloe Reading, Andrew Pottberg, Henlee Pottberg, and her newly found grandson Trevor Mercer. This is the greatest achievement that she leaves behind – her kids and grandkids. We are her legacy and we loved her dearly. Life will not be the same without her. We love you mom. I sincerely believe that you have finally found in heaven, what you were looking for.

Betty’s celebration of Life will be held on Saturday, October 8th, at 10:30 am, at the Thunder Mountain Church of Christ, 800 Palmer St., Delta, Co. We would love to have you come and share a memory or story about Betty. Please join us in celebrating her life and our love for her.