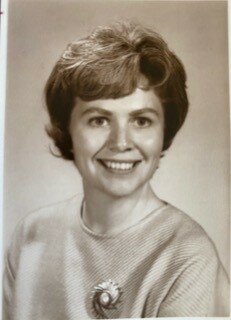 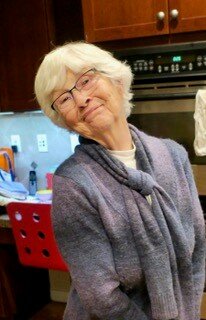 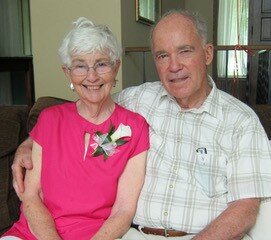 Maureen Brockway passed away peacefully in her sleep on July 24, 2022 in Denver, CO.

She was born in Michigan to Bernard and Inez McDermaid. Her family moved to White Bear Lake where she grew up with her brother, Clark and sister, Peggy. Maureen graduated from Mahtomedi High School. She attended the University of Minnesota and studied art and Spanish. She spent 1 year in Mexico City during her studies. She graduated with a degree in Art education and Spanish.  She taught at Maplewood junior High school for a number of years.

She met Robert Brockway on  a ski trip to the UP with the Twin Cities Ullr ski club. They were married for 60 years before her passing. They had 2 children, Anne and David. Maureen and Bob lived in Edina for 40 years until moving to the uptown area in Minneapolis for 10 years. They then moved to Boulder, CO to be closer to their children.

Maureen was a passionate and accomplished potter. She taught at the Edina Art Center for many years and was one of the founding members of the pottery program.  She eventually had to retire due to failing eyesight. Maureen was enthusiastic about sharing her love of pottery.  Maureen showed her work in countless juried art shows.

Maureen also enjoyed sailing on the family’s boat in the Apostle Islands for many years. She loved to cross country and downhill ski and hike in the Colorado mountains. Maureen and Bob enjoyed many overseas travels in retirement. She will be missed dearly by her family.

She was preceded in death by her parents and brother, Clark. She is survived by her husband, Robert; her children Anne (Russ)  Waugaman and David Brockway. Her grandchildren, Katie and Sam Waugaman and  Anders and Soren Brockway.  Her sister, Peggy Weber and brother-in-law, Don Weber.