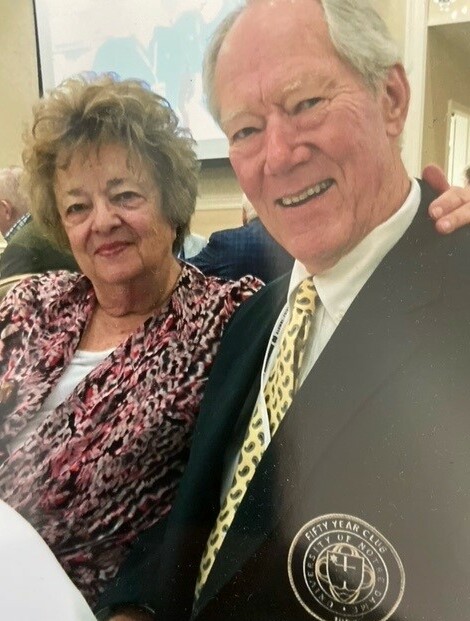 With family by his side, Thomas Eugene Kristopeit slipped peacefully away  September 1 after a long battle with dementia.

Tom was born in Kenosha, WI to Ben and Elizabeth Kristopeit and grew up in Davenport, Iowa, graduating as valedictorian of his high school class at Saint Ambrose. Tom played on the golf team in his freshman year at the University of Notre Dame. He graduated cum laude with a degree in architecture. He served in the Marines, then was in the Reserves while at Harvard University for a Master’s in City Planning. Tom worked in Boston until moving his family to Colorado. He designed two houses in Littleton for his parents but was most proud of the house on Arrowhead road, seemingly a small ranch in front, but actually opening up in back to a two-story home with large floor to ceiling windows overlooking and walking out onto a spacious courtyard. The house was evidence of Tom’s often leading-edge thinking in all areas of life. One of his friends said that talking to Tom was like having a conversation with C.S. Lewis. Another friend enjoyed his ability to talk about almost anything and everything.

Tom brought his creative thinking to his work as chairman for one year of DRCOG (Denver Regional Council of Governments). He served on the board of directors of the Colorado Housing and Finance Authority (CHFA), Southwest Counseling Associates, the Litttleton Municipal Building Authority, Brothers Redevelopment, and as the Executive Director of the Littleton Riverfront Authority. Tom’s work as city planner for the City of Edgewater also meant a great deal to him, as did his time at J.D. Edwards (software) in marketing and training. Tom served on the Littleton City Council for four years and later initiated “The Pub” where Littletonites could gather to discuss local history, current city events, and to share ideas.

Before Tom became too ill to work, he opted for a change of pace and had a good time bagging groceries at King Soopers. He enjoyed his fellow workers and chatting with the customers. But, much to his dismay, at age 85 Tom’s health forced him to retire.

Tom enjoyed running and completed 8 marathons. He had not only a wonderful and witty sense of humor but also an amazing ability to remember facts and trivia. He was passionate about family, friends, and spent much of his time studying the Bible.

Tom is survived by his beloved wife of 61 years, Deanna, as well as four children:  Maria, Rebecca (JR), Liz (Jeff), and Ben (Terri). He also leaves 10 grandchildren, four great-grandchildren, a niece, Karen (Robert) and many other nieces and nephews. He was predeceased by his brother Phil (known as Toby), Toby’s wife Janet, and a nephew, Kevin.

The family would like to thank the Emergency Department and 7North floor nurses at Littleton Adventist Hospital for the exceptional care they gave Tom in the last week of his life.