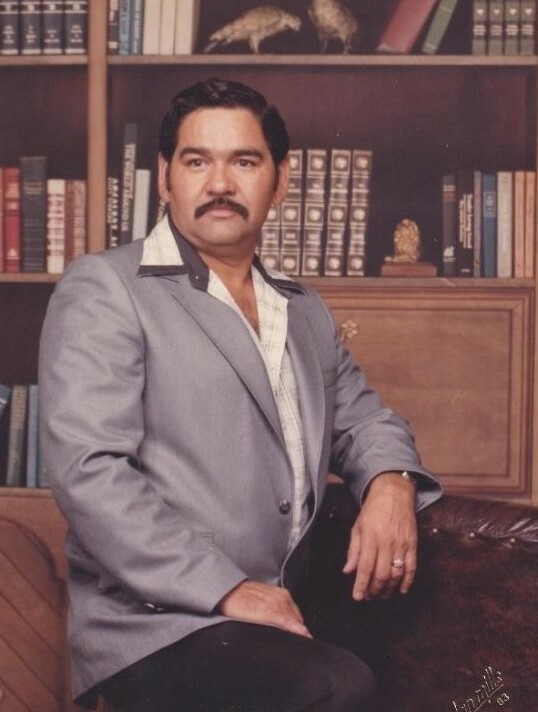 The charming Benjamin Castillo was born in Laredo, Texas, on January 21st, 1943. He passed away peacefully surrounded by his family on Sunday, August 21st, 2022, at the age of 79 in Denver, Colorado. Ben moved from Texas to Illinois with his sisters Mickey Chavez, Theresa Newberry, and Lily Montoya, and a brother, Danny Castillo. In Illinois they lived in a boxcar, and later moved to Denver, Colorado.

Ben became a member of Local 669 Fire Sprinklers Union and obtained his Associates degree from Penn State. As a Fire Sprinkler Fitter, Ben found his calling and dedicated his life to his work, beginning a long and distinguished career in the field. Ben loved his work and owned his own business. He also performed consulting services in the industry and was followed into it by two of his sons (Alan and Raymond I) and a grandson (Raymond II). At the end of his career, Ben was a City Inspector until he retired. Ben was a well-defined businessman throughout his life.

Ben was a well-defined businessman, and a beloved, kind, intelligent and loving family man who often spent his free time barbequing and socializing with family and friends. Ben had diverse interests, and enjoyed martial arts, fishing, and traveling with his family all over the United States and Mexico. His travels included Nevada, Colorado, Florida, Texas, California, and Oregon, among other states and destinations. Ben was an active member of his church. He will be remembered as an inspiring father, brother, grandfather, great-grandfather, and husband, and for his wonderful smile.

Ben’s Celebration of life will be held on Saturday, September 3rd, from 2:00 P.M. to 6:00 P.M. at VFW 501 Hall located at 4747 West Colfax in Denver, Colorado. Please come celebrate Ben’s life, accomplishments, love, and family with us. Food and drinks will be provided.

I have fought the good fight, I have finished the race, I have kept the faith. Now there is in store for me the crown of righteousness, which the Lord, the righteous Judge, will award to me on that day – and not only to me, but also to all who have longed for his appearing