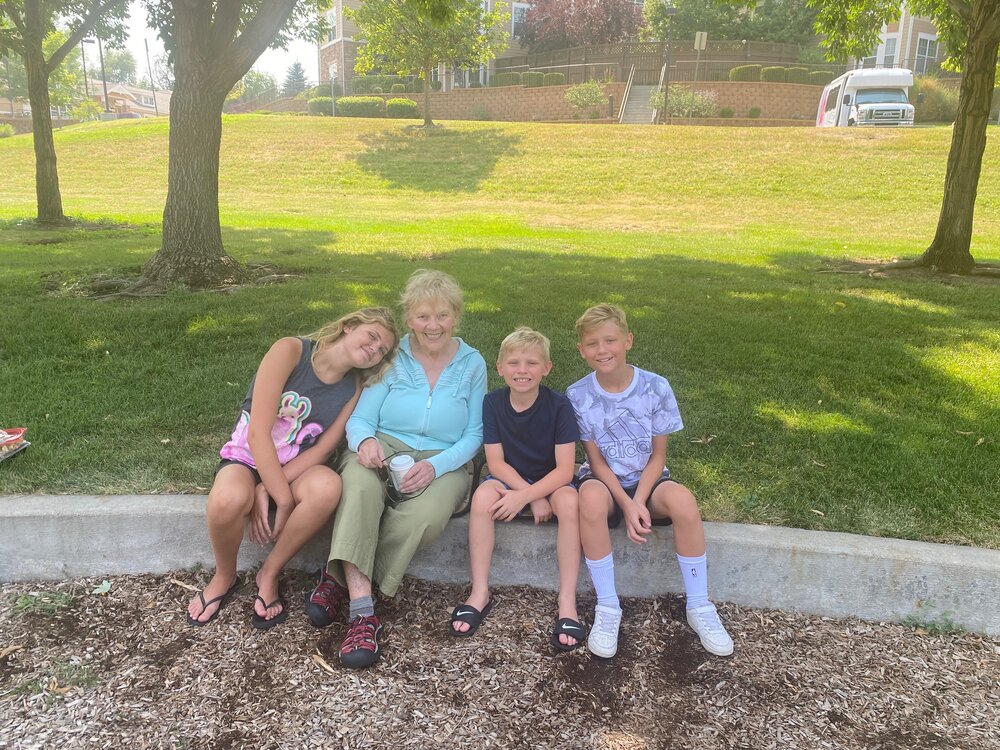 Dorothy was born in the small town of Volga, South Dakota to her first generation Norwegian parents, Evelyn and Clifton Bjerke. Growing up in rural South Dakota, she experienced a magical childhood only the farm and her small town community could create.

Dorothy, or as her friends and family called her, Dot, would tell you her days on their farm were filled with making Norwegian Lefse with her mother and aunts, driving the tractor with her father, playing with her dog Lassie, and creating lifelong friendships at school and church. Her early days on the farm began her life long love with nature and her dedication to preserving the natural world.

Some of Dorothy's most striking attributes were her courage and bravery, her warmth and patience, her absolute selflessness, and her steadfast nature. At the age of 21, she demonstrated her courage by leaving home and traveling to Denver to seek out adventure and opportunity.  While many in her small town of Volga stayed close to home, she packed up her VW Bug and ventured into the unknown.  While this is commonplace today, this audacious move was most definitely out of the ordinary for a farm girl from Brookings, South Dakota.

Walking into the doors of KMGH Channel 7 in 1961, her bravery and amazing smile opened the door to her first professional job as secretary to the General Manager, where she met our dad, Richard Neale. She married and found a new home in Colorado.  It wasn’t until later in her life that she found her professional calling in HR. As her friends and colleagues from Jacobs Engineering would attest, Dorothy’s patience and compassion for others served her well in this field.  She excelled in her position and earned the respect of her co-workers and friends.

Dorothy maintained lifelong friendships with so many people who remained in Volga and Brookings. Everytime we traveled back to South Dakota, we would experience the true essence of farm life and her community. In her new life in Colorado, she forged lasting friendships with her “Iris Way '' neighbors, Holy Cross Lutheran church members, and her work colleagues. It was because of her steadfast nature and selflessness that she was able to maintain those connections and impart these values to her daughters and to her grandchildren.

While she always had the spirit of adventure in her heart, it wasn’t until later in life she was afforded the opportunity to venture to the destinations of her dreams. From trips to Alaska and most notably Machu Picchu, Dorothy was able to realize her adventurous side.

Dorothy was an avid naturalist. She was a dedicated member of the Sierra Club and was an experienced birder with a passion for the natural world. Even before environmental activism was popular, Dorothy recognized the need and was dedicated to preserving the planet.

Her love for the city of Denver was apparent as she took advantage of the arts and culture, the food, and the beauty that can be found in the city. She was a member of the Denver National History Museum, Denver Art Museum and the Botanic Gardens. Dorothy also had a passion for biking, whether it was a ride downtown to work, a scenic trip to Ft. Collins, or her participation and completion of 3 Courage Classic Bike Tours.

Throughout her life, she met with hardships; however, despite any pain or sorrow she may have experienced, none would be the wiser.  She met adversity with her peaceful nature and determination to keep going.

Our Mom’s unwavering positivity served as a guide for all who were lucky enough to know her. Her kindness and fierce determination inspired those who she grew up with, worked with, traveled with, and especially those with whom she raised and nurtured— Kristine, Erica, Amy.

In lieu of flowers, please honor Dorothy’s memory by considering a donation to the Alzheimer’s Association. https://www.alz.org/?form=alz_donate

A Celebration of Life is scheduled for Saturday, September 17th from 10 am - 12:30 pm at The Denver Botanic Gardens in the Woodland Mosaic and Solarium. Information for the event will be communicated in August.