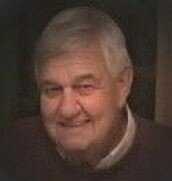 Jack Eugene Nelson, age 76, passed away on June 24th, 2022 in Colorado. Jack was born on July 22, 1945 in Macomb, Illinois. He grew up in Schuyler, NE and was a graduate of Nebraska City High School and the University of Nebraska-Lincoln. He served two years in the U.S. Army and soon after moved to Colorado to begin a career in sales.

Jack was a kind and patient man who always listened before he spoke. He was genuine in all that he did and to those he loved. We will miss him and his wonderful smile dearly.

Jack is survived by his companion Christa Geyer, his two daughters Tracy (Jim) Ceschin of Fort Collins, CO and Kari Osborn of Broomfield, CO, his grandchildren, Nate Ceschin and Reese Osborn and his sister, Pam (Doug) Chandler of Albuquerque, NM. Jack was preceded in death by his parents, Delbert Nelson and Marj and Vic Tatman.

A celebration of his life will be held later this summer.

To plant a beautiful memorial tree in memory of Jack Nelson, please visit our Tree Store