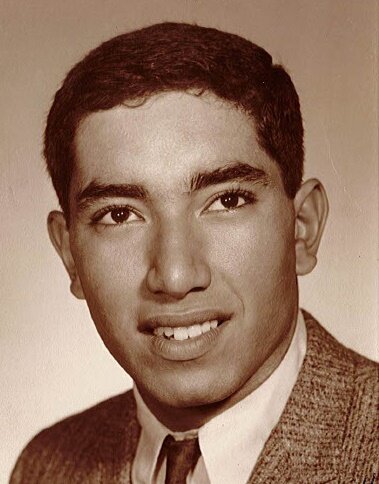 Rudolph Jesus Andrade died at home in Boulder, Colorado, on June 7, 2022.  He will be missed terribly.  He was  a wonderful husband, father and friend.

Rudy was born in Naples, Italy, on September 11, 1945, to Joe Andrade and Anna Manzo. Joe and Anna met while Joe was serving in the U.S. Army during the Second World War. They married in Italy, where Rudy and his brother Richard were born.  Rudy came to the United States with his parents as a young child and was raised in California. His brother, Ron, and sister, Terry, were both born in California. Rudy's parents predeceased him and he is survived by his siblings.

Rudy learned to play football as a child and excelled at it.  Football brought him to Colorado when he was recruited by Colorado State University.  He graduated from CSU in 1972, and started his career as an educator, counselor and coach. He received his Master's Degree from the University of Colorado, Denver, in 1988.   He was a valued colleague to many in the Jefferson County School system, retiring in 2005.  Although retired, he never stopped working - as a consultant in Jefferson County, a scout for Frontier Airlines, and for the State Department in Africa and the Middle East.  He volunteered as a coach for his grandchildren and for an American Youth Football team in Israel.

Rudy married Elaine Zerger in 1971 and their three sons, Nick, Jordan and Dan Andrade were one of his greatest joys in life.  He was a devoted father, and was so happy to have been able to coach them throughout their sports activities. Although Elaine and Rudy divorced, they remained friends and committed co-parents.

Rudy married Deb Kershner in 2006 and became a bonus dad to Sam, Nathan, Daniel and Hannah Cooper. In 2013, Rudy (good sport that he was) embarked on a grand adventure - when Deb was accepted into the Foreign Service, he spent the next six years with her, serving in Liberia, West Africa, Jerusalem and Washington D.C.  He considered himself fortunate to have the opportunity to experience the world from the perspective of living for an extended time in a foreign country and being able to travel to many locations in South and Central America, Europe, Africa, the Middle East and Asia. He had a core group of fellow riders on motorcycle tours all over the United States.

Rudy never met anyone who did not become a friend - no matter how they met.  He had school friends, family friends, golf and tennis buddies, Harley companions and friends of friends, who became his friends.  He was recognized by many from his walkabouts  and work in the jungle in Liberia and guided so many visitors  in Jerusalem that he was often mistaken for a tour guide at major tourist attractions (and got a big discount at the souvenir super store in Bethlehem).  He opened his home in Boulder to many of these friends, for a meal or an extended stay.  He loved to cook for his family and friends, and his after dinner storytelling was legendary. Those stories will be told and retold many times.

Rudy fought hard against a rare heart condition for the last few years. He outlived the prognosis - maybe because his heart was so big and open to all.  We all wanted more time with him, but are grateful for the time, and good times, that we were able to share.  The great memories will sustain us going forward.

A celebration of life will be held at Congregation Har HaShem, 3950 Baseline Road, Boulder, CO, on July 31, 2022, at 10:00 a.m.  Following the service family and friends may gather at the family home in Boulder. Although we are sad, we want to celebrate a life well lived.

Many of Rudy's family and friends have had members of their family or community  affected by illness.  Rudy would be honored to have any donations in his memory given to  organizations who do research to find cures.

We will all miss Rudy!