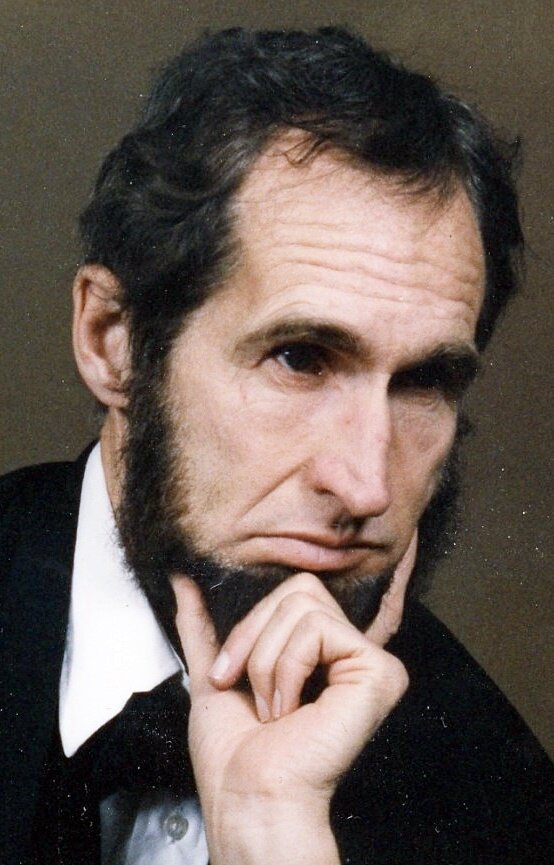 Everett Stadig, of Lakewood, CO and a former resident of Rapid City, SD passed away at the age of 78 on June 18th in Denver.

Everett has been known around Colorado, South Dakota, Washington DC, and Gettysburg National Civil War Battlefield in Pennsylvania for his close physical resemblance of Abraham Lincoln.

Many of his retirement years were spent working part-time at Mt. Rushmore dressed as Lincoln greeting the millions of annual visitors.

He was active in Denver’s pro-life community and in 2012 was assaulted while gathering signatures, dressed as Lincoln, for the attempted Colorado Personhood Amendment. Under Kati’s Law DNA samples were collected from the belligerent linking him to serial rapes including that of a 13-year-old.

Everett required a hip replacement because of the attack.

Everett was graduated from Rapid City Central High School in 1962 and later received a bachelor’s degree in secondary education at Black Hills State University. He worked several years with Bell Telephone in Denver and did occasional substitute teaching.

About 30 years ago Everett was in the Ford's Theater Museum at Washington DC. On the wall in the museum was a silhouette etching of Lincoln where people could compare their height to that of the president.

Several museum patrons saw Everett making the comparison and commented that he looked just like Lincoln plus, he was the exact same height of the etching. Those comments gave Everett encouragement to visit a costume shop at Occoquan, VA to rent a black coat and stovepipe hat. Thus began Everett's 30-year "sideline career" as a Lincoln look-alike.

Everett was the son of the late Clifford Stadig and Mabelle Cameron Stadig, both of Massachusetts. One of his three brothers preceded him in death. Of the two surviving brothers, Dennis, lives at Rapid City, SD, the other, Lester, lives at Midlothian, VA with his wife Carol. He is also survived by one niece and four nephews.