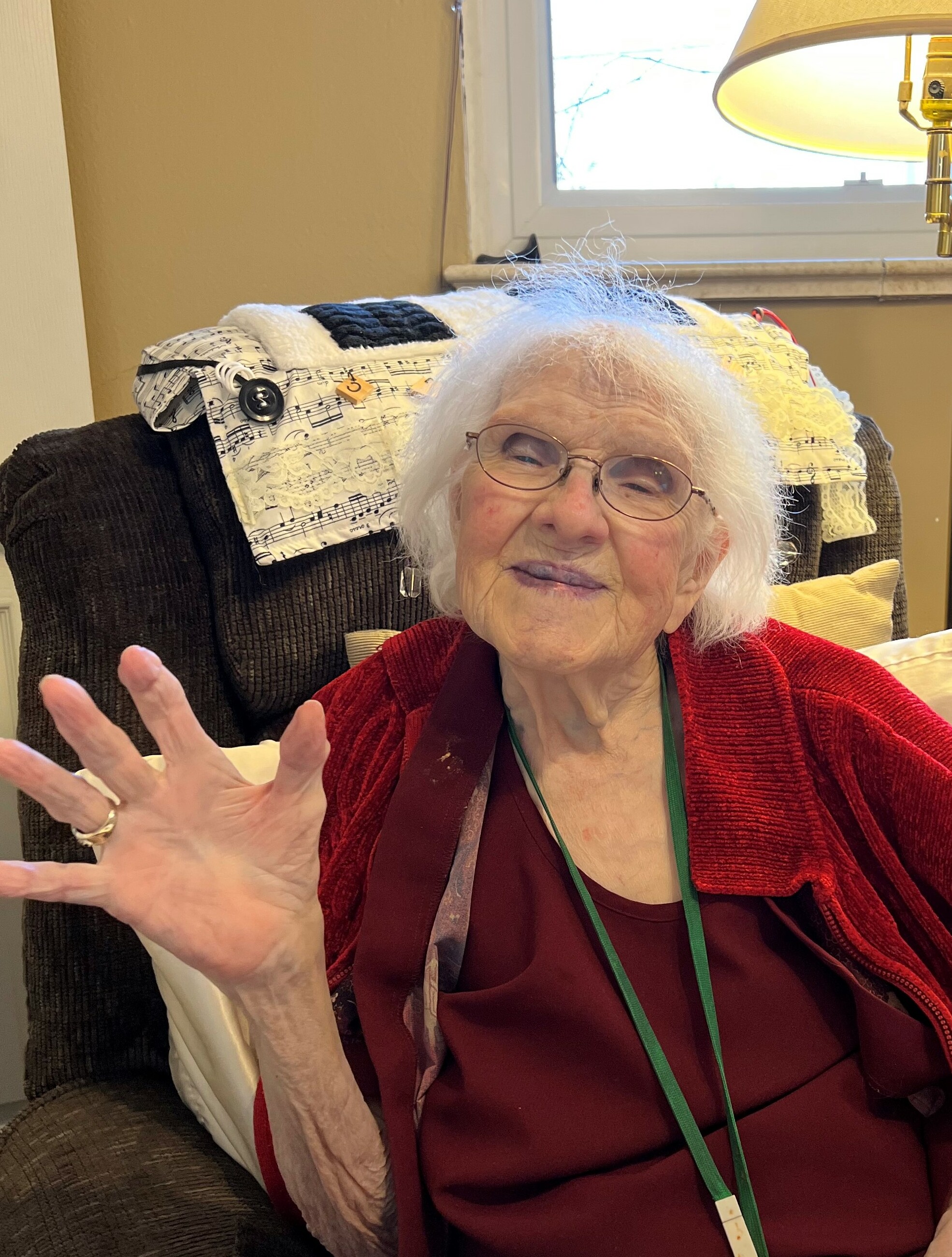 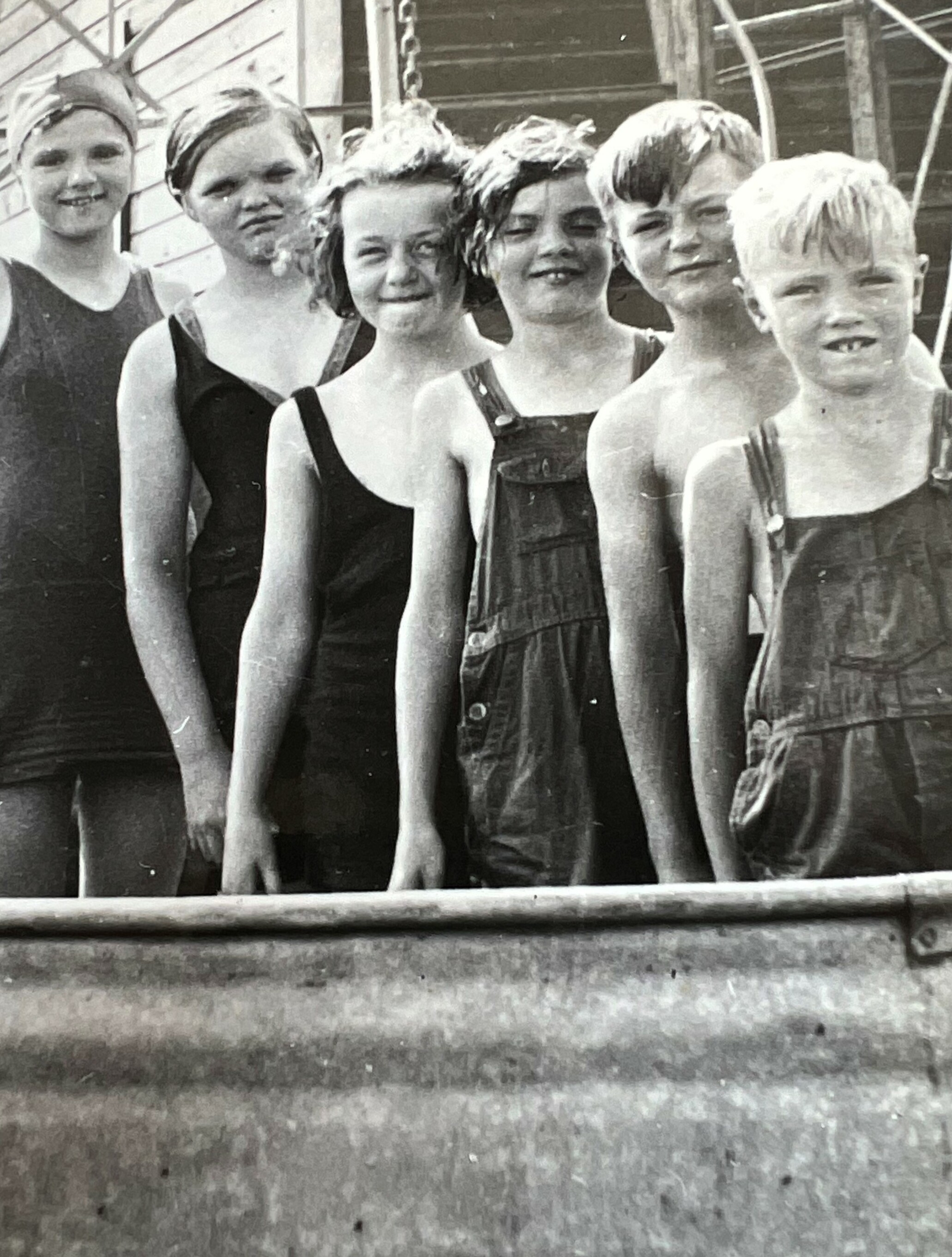 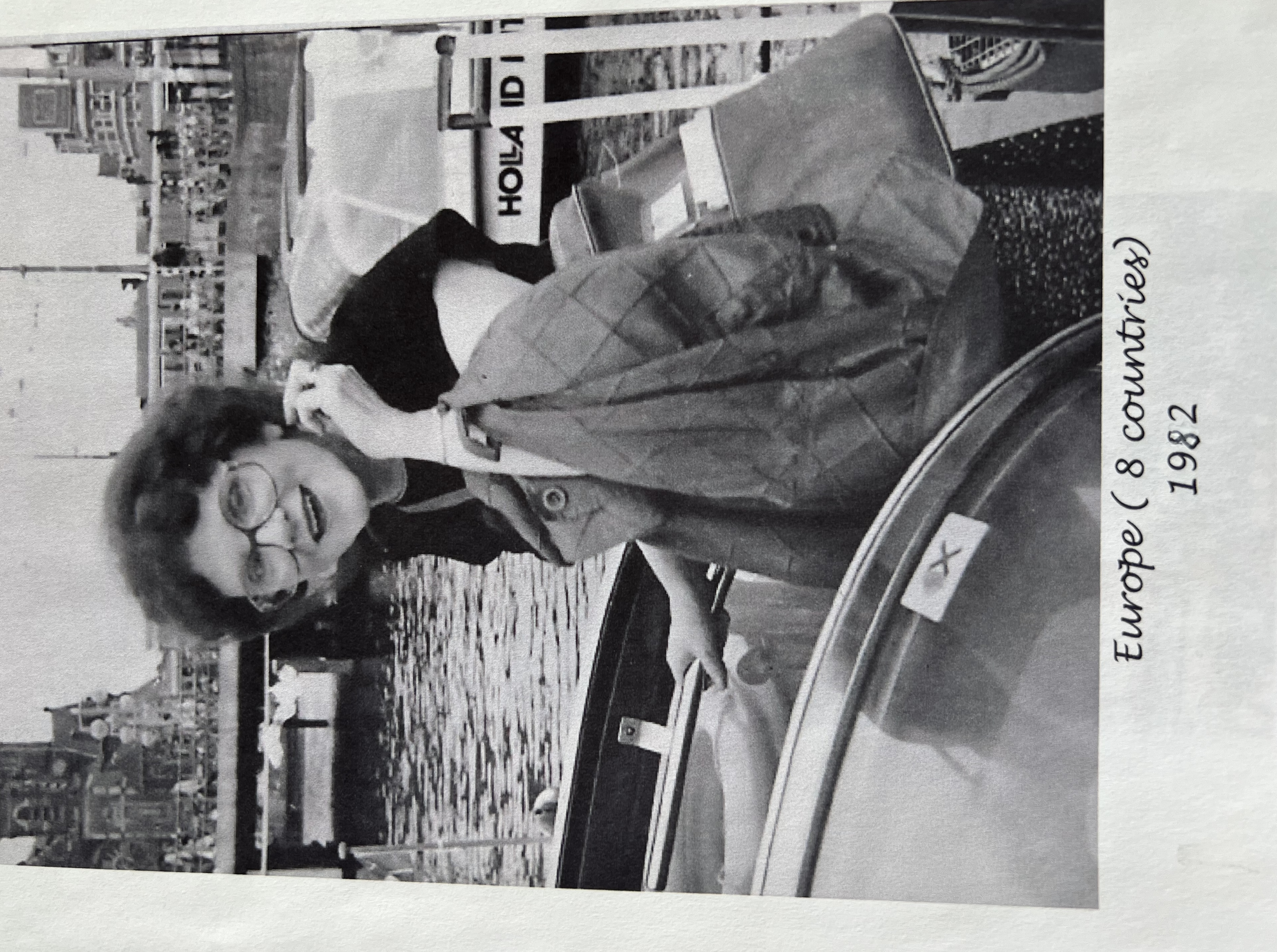 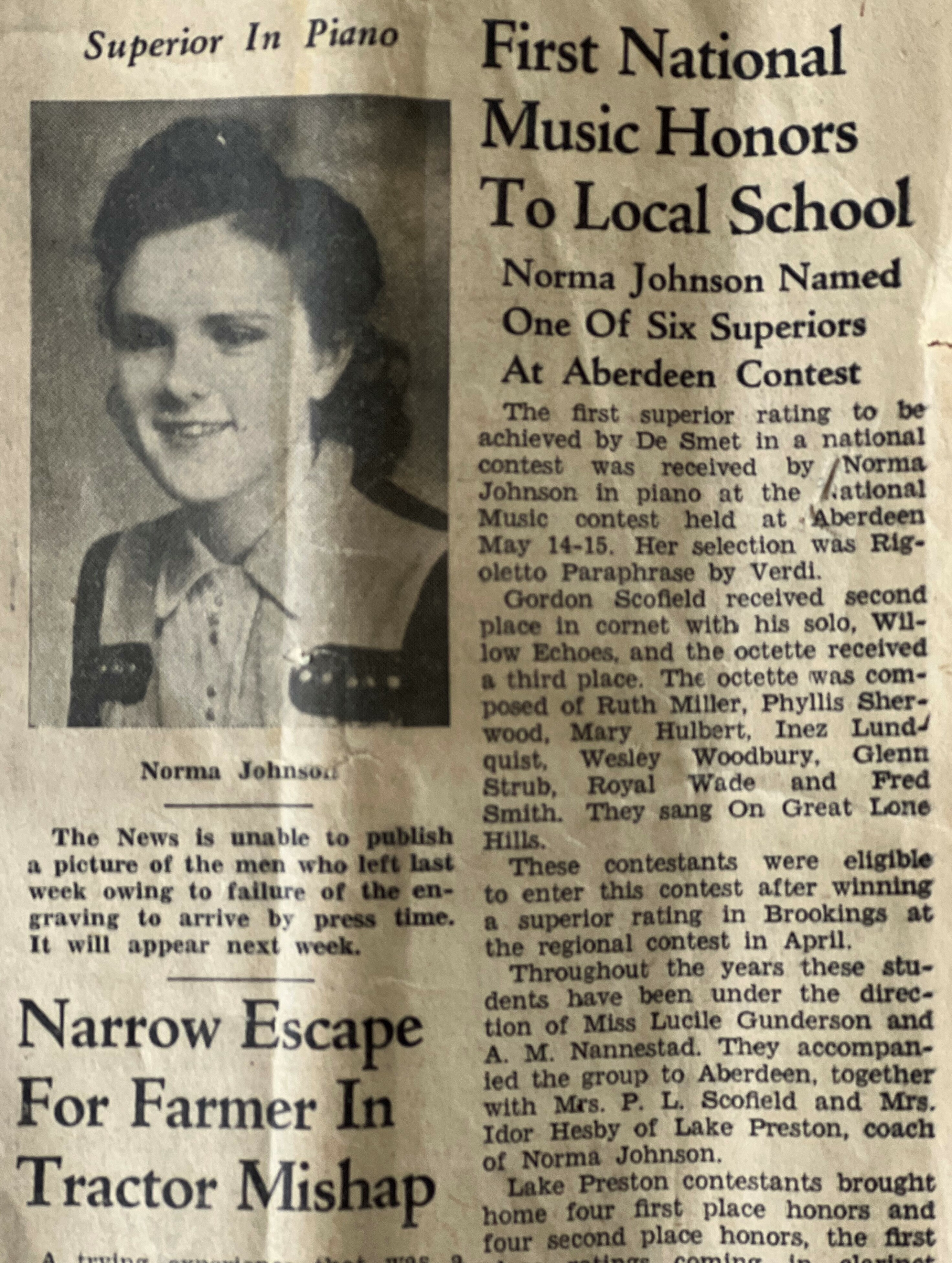 Norma had a wonderful childhood and delighted her children with stories of her youth. Her father came in early from his chores so that he could be with his children. She had many wonderful memories of those days. Norma is the tallest of the children in the livestock water tank picture.

Her mother discovered that Norma had a natural talent as a pianist and began to teach her, even hiring an iterant piano teacher to continue with her lessons. Norma attended De Smet SD High School. She represented the school in a music contest and won the first National Music Honors for that school. After graduating high school, she and a friend went to California for two years where they both worked at Douglas Aircraft.

Shortly after she returned to South Dakota, she met and married Merlyn O. Brown in 1945. They farmed for several years and had four young children when Merlyn accepted a job in Brookings, SD. The family eventually moved to Greeley, Colorado in 1959 and then to Denver where Norma worked at several positions for the State of Colorado. In 1967 she and Merlyn were divorced.

During her early years in Denver, she studied with the American Guild of Organists, earning the equivalent of a degree in Organ. She recorded and performed in Denver for many special occasions and organizations. She was often involved in music ministry in the church she attended.

After her retirement from Colorado Department of Parks and Recreation in 1986 she was able to travel worldwide with friends and on various cruises and tours. She had many friends and enjoyed time spent with them and her children and grandchildren.

In August of 2000 she married Harold P. Oakes. They continued to travel and eventually settled in Denver.

Norma is predeceased by her parents, five of her siblings and her husband Harold Oakes.

Her family is grateful that Norma had such a full life. We are all certain she’s playing music for her Lord, Jesus Christ.