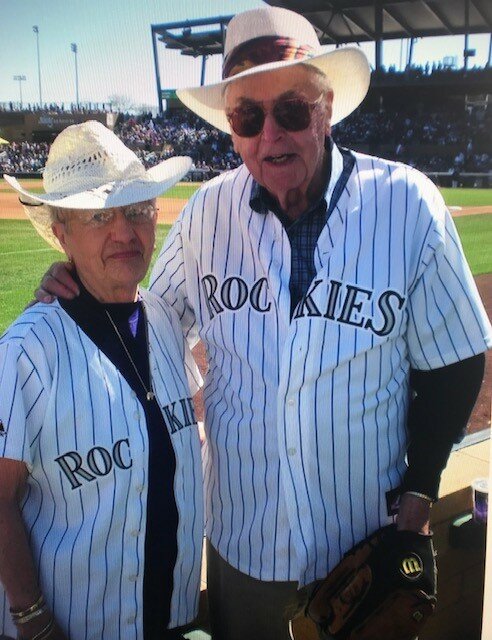 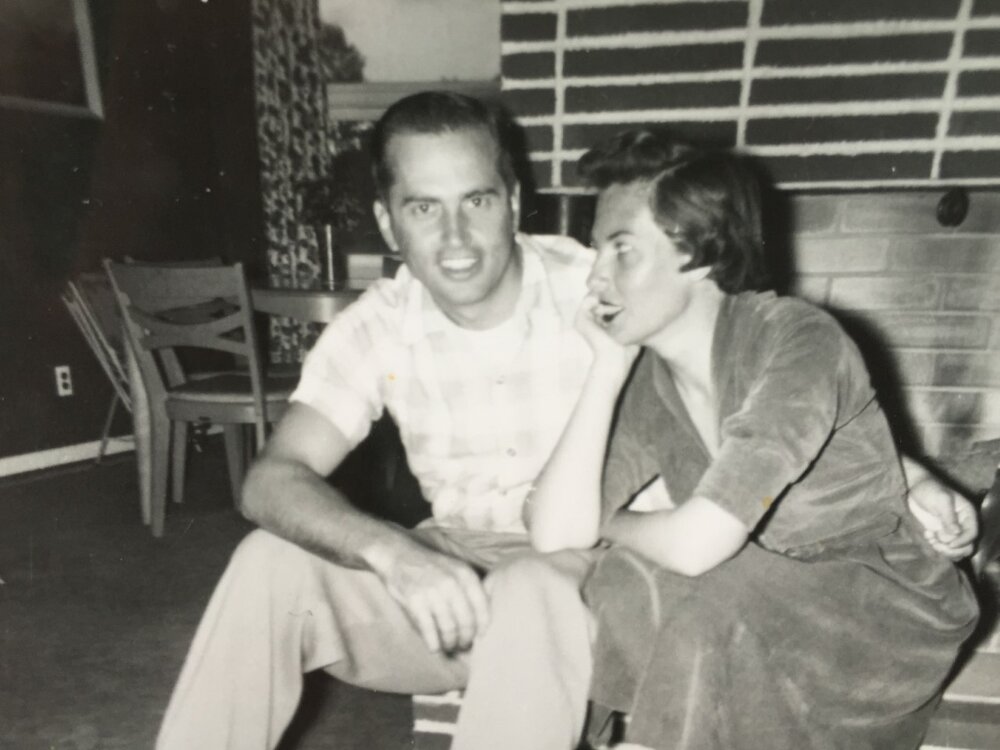 Frank attended University of Colorado in Boulder where he earned a Bachelors of Science degree in Aeronautical Engineering, now known as Aerospace Engineering.  He also lettered at CU in baseball and played semi-pro baseball for a short period of time.

Frank served in the US Navy for 3 years receiving an honorable discharge and although he never saw live action, he learned how to play bridge which he continued to play competitively his entire life.  He then went back to CU Boulder for a Masters degree in Mechanical Engineering.  At CU is where he met Shirley Mae Buck and they soon married after graduation.

Frank landed his first career job with Mobil Oil Corporation and moved to Wyoming where he continued to play baseball and where his son Daniel was born.  Soon after, transferred to Southern New Jersey where he continued to work for Mobil, first in a refinery and then within the company’s Engineering and Research department.  He and Shirley lived there for many years adding 2 daughters, Terry and Kathryn, to the family.  His love of baseball led him to coach the local little league team which in 1962 went to the World Series in Williamsport PA where they placed third!

He had a wonderful sense of humor and was always up for a good laugh.  When he was selected out of the studio audience as a willing participant in a slapstick skit on the national TV show ‘Truth or Consequences’ he was able to show off his theatrical enjoyment.

After a vacation trip to Kentucky to visit in-laws, Frank came back with an idea he saw there and he, along with a partner, built and operated the first automatic car wash in South Jersey.  It was a great success where many nights were spent by everyone in the family counting quarters!

Travelled all over the world, lived and worked in Saudi Arabia, collaborated with I.M Pei on designing a research center in Dallas Texas, before then retiring after 37 years with Mobil.

Upon retirement, having missed the west for so many years, he and Shirley decided to move back to Colorado and become “snow birds” to Arizona where he and Shirley took up photography.  They learned how to develop their own pictures, entering and winning contests with the various scenic pictures taken during their travels.

Always willing to help out family, he took in his 2 grandsons, Sean and Nial along with their mother, Terry, when they needed a place to live in transition from Asia.  As 2 typical teenagers, they challenged him with their skateboarding skills in the driveway and making movies with their friends in the backyard.  In return, he taught them how to play golf and other life skills where they worked on many home improvement projects together.

After 56 years of marriage, Shirley passed away.  Still wanting to continue to enjoy life, Frank soon started looking into ways to meet other people and met Virginia Didier at a widow/widowers club.  They immediately hit it off with many things in common and after a short engagement he married again at age 82.  Frank and Virginia shared their love of travel and baseball and theatre together and were married for 15 years.  He was welcomed into her extended family with open arms.

Frank was an active member of the Masons Pitman Lodge No. 197 for many years where he was certified as a Master Mason.  Freemasons believe in a Supreme Being, welcome men of all religions and backgrounds, while they don’t discuss either religion or politics in their lodge. They consider these as private matters of the individual.

The most well-known Freemason symbol depicts a builder's square joined by a compass, with the letter G in the center. While within their practice, G has a multitude of meanings, including God and the Great Architect (of the universe), its’ the G for geometry that may be the most representative. Borrowing from the science and craft of medieval stonemasons, Freemasons use metaphor and allegory to apply geometric law to their lives to guide their work as they strive to build themselves into better men.

Frank wore his Master Freemason ring most days, which included the symbol described. While he rarely mentioned being a member of this fraternity of men, he practiced his craft with quiet discipline, always striving towards the betterment of self.

Truly a gentle soul, Frank will be remembered best for his devotion to his family and to his love of life.