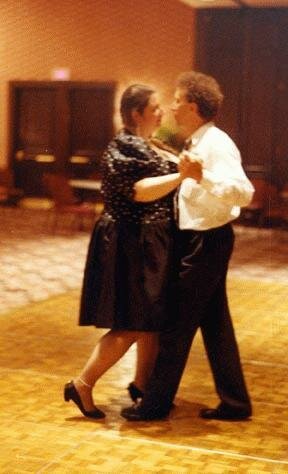 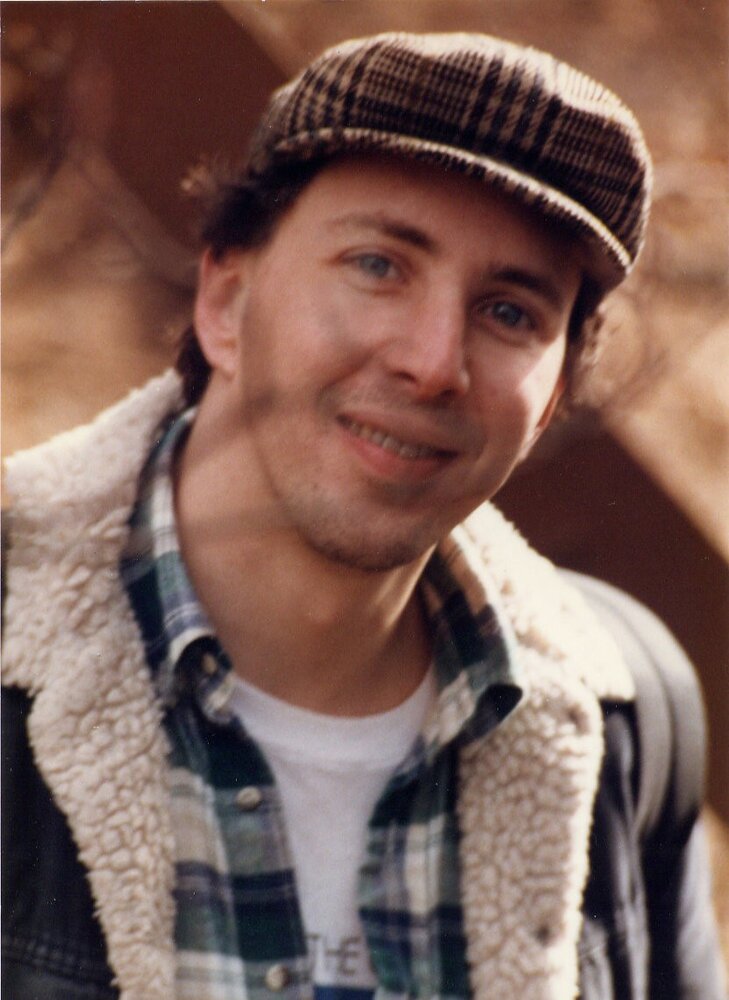 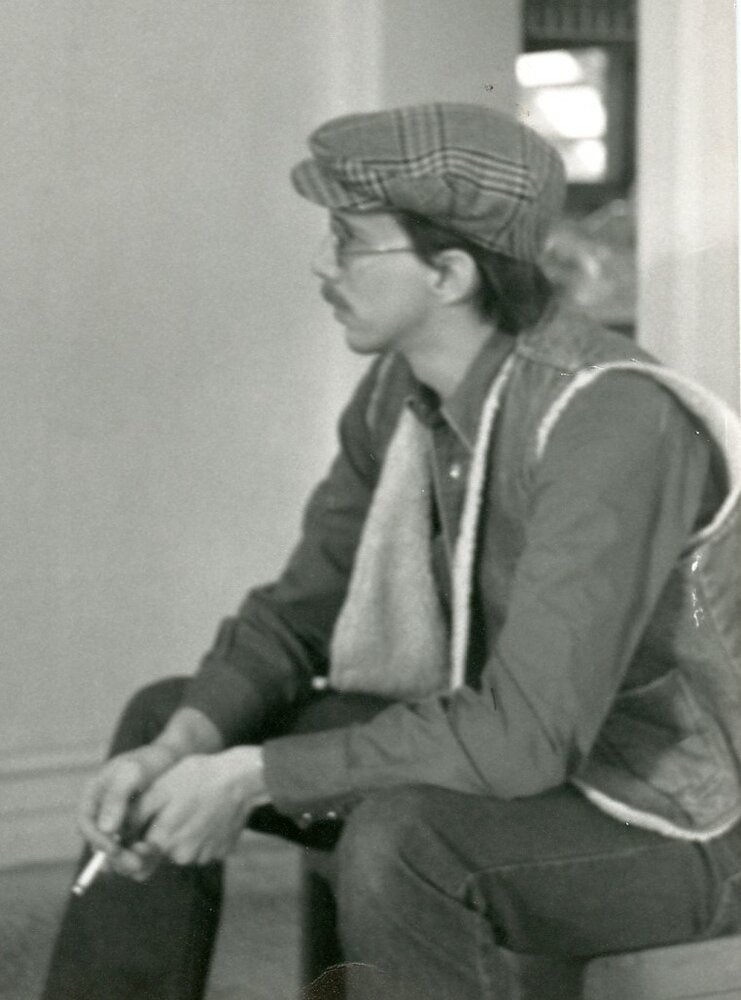 Vincent Anthony (Tony) Botinelly, 67, born on 07/29/1954 in Grand Junction, Colorado, passed away on April 27th, 2022, at exactly 10:00 a.m. at St. Anthony North Hospital in Westminster, Colorado, following a long illness. Vince was the fourth of five children of the late Theodore and Eileen Botinelly.

Growing up, Vince’s family relocated several times, due to his father’s work with the U.S. Geological Survey. As a child, Vince enjoyed the occasional opportunity to ride along and hike with his father on some of his geological excursions. He became pretty knowledgeable about various types of rocks and geological features.

Vince graduated from Wheatridge High School in the Class of 1972. At various times, he belonged to the Chess Club, the Physics Club, the Math/Science Club (specifically Trig and Calculus), the Mad Scientists Club, and the Computer Club. He also took Fencing, performed in several Stage Plays with the Drama Club, and he played French Horn in the Band. In his senior year, he took home an award in a national Math Contest.

He eventually became a computer programmer and Senior Systems Analyst, first for a large mutual fund company in Boston, MA and then at a medical equipment company in Longmont, CO, with a few other stops on the way.

Vince had a brief first marriage to Diana Bert in Lakewood, CO, in the late 1970s. They lived in Albuquerque, NM, and were very active in the SCA (Society for Creative Anacronism).

Vince met Tamsen Cooper, the love of his life, in the summer of 1983, when she was 23 and he was 29. They met in what was essentially a commune, a very large, old Victorian home on Capitol Hill in Denver, CO, where up to 18 mostly artistic people lived at any given time.

They married nine years later, on November 29th, 1992, in Danvers, MA. It was a rather long engagement. On a very personal note, Vince and Tamsen had an honest and open marriage, so if you knew Vince as part of another couple, please rest assured that Tamsen knew about it and approved, and Vince was not cheating.

In 1986, Vince and Tamsen became very involved in the Size Acceptance movement, where Vince spent many years as the Editor of the local chapter newsletter. Together, they participated in many events, marches, dances, meetings, television interviews, etc.

Round dancing is basically choreographed, synchronized ballroom dancing where couples dance in a large circle (or concentric circles), everyone moving in the same direction. All of the ballroom rhythms are danced, including foxtrot, waltz, cha cha, rumba, tango, jive, two step, you name it.

They fell in love with both forms of dance and pretty much started dancing almost every evening and sometimes at two sessions in a day. They danced at conventions across the country. This continued for years until Tamsen’s knees gave out. Once Tamsen had her knees replaced, they started dancing again. Vince also danced with other women over the years when Tamsen wasn’t able to dance, and this was totally okay.

Vince was incredibly intelligent. For a period of time, he belonged to Mensa, the association for people with IQs in the top 2% of the population. Even there, he stood out, with an IQ in the top 1%. As a joke, but also in truth, he was called, “Mr. Encyclopedia” (at least, before Siri made those obsolete).

He even scored a perfect 1600 on the Scholastic Aptitude Test (SAT), used in evaluating high school students for college admission. The national average then was somewhere around 800. He had an uncanny knack for trivia, once being invited into a Trivial Pursuit-type game late into the game, and running the table for the win. He wasn’t invited back to play again.

As a young child, he had developed a tremendous love of books and reading, which continued throughout his life, to his very final days. He was a lot of fun and had a terrific sense of humor, with a bit of sarcasm thrown in. His inability to color within the lines may have made him one of the most colorful Crayolas in the family box. His sister adds that he was so much fun to be around because he could think in and around, on top of, and underneath any subject.

Among other things, Vince was a science geek, a science fiction fan, and a Pagan. He believed that there was a life, or many lives, beyond this one, and that he would meet the most important of his loved ones again one day.

He was also a very caring person. When his grandfather, Jacinto Botinelly, suffered from a stroke in 1990, Vince was there for him the last weeks of his life on this earth, visiting him regularly. Afterwards, he played a key role in helping with his grandfather’s estate. Later in life, when Vince’s mother became quite elderly and ill, he brought her into his home and became one of her caregivers for the final two and a half years of her life, until she passed peacefully at his home. He also helped with her estate and the disposition of her belongings.

He loved the mountains of his home state, Colorado, and spent as much time there as possible, especially when he was younger and able to hike and camp. He loved his Pembroke Welsh Corgis and had a lifelong love for cats. For many years, but not recently, he was an avid Denver Broncos fan.

Vince had lived in Holiday Hills Village in Federal Heights, Colorado since April 1st of 2016, with his wife, whom he had been with just shy of 40 years. Prior to that, they had lived on almost an acre and a half in a rural area of Lakewood, CO, ten minutes from downtown Denver, for 17 years.

Vince leaves behind his devastated wife, Tamsen Cooper Botinelly. Vince had one stepson: James (Jim) Alexander Cooper (who he loved very much and was proud of). He also had one granddaughter: Ariel Lucienne Cooper (who he adored). He is survived by his four siblings (one sister and three brothers): Grace Holt (husband Kent), Joseph Botinelly (wife Gail), William Botinelly (wife Cheryl), and Robert Botinelly. He is also survived by several nieces and nephews.

Vince was a unique, loving, kind, sweet man, who will be so deeply missed by many.

There will be a Celebration of Life for Vince at 3:00 on Saturday, July 30th in the Ballroom at Holiday Hills Village. We hope that many people will be there to help us celebrate the life of this wonderful man. We will share memories and photos and have some delicious snacks. Hopefully, there will be a video of Vince’s life, and music that he specifically selected for this purpose. Please bring your photos and memories of Vince to share if you like. Masks are requested, but not required.

From I-25, take the Thornton Blvd/92nd Avenue Exit West (Exit #220). As you pass Pecos, immediately look for the entrance to Holiday Hills Village, on the right. There are flags and pennants blowing in the breeze. Turn right.

Go to the end of the street, to the stop sign, and turn left. Go into the parking lot. The door in the very center of the Community Center is the door to the ballroom. You will have to go through the main sitting room, the game room/library, and down a long hallway to get to the ballroom.

Directions from the west: Cross Federal Blvd. Pass the Family Dollar (on the right side). Get into the left turning lane. There is a small shopping center on the right side. When you see Rico Pollo on your right, immediately turn left into the Holiday Hills Village entrance. Then follow the instructions directly above.

If you have any questions or need further directions, please text or call Tamsen at 303-995-4849. RSVPs are not necessary, but greatly appreciated. If you prefer, you can email Tamsen at piquant@ix.netcom.com .

The family asks that in lieu of flowers, you share a memory and/or photo of Vince. He would want you to remember to always let your family and friends know that you love them. Never go to bed angry. Whenever possible, please pay it forward with Vince in mind - be kind to a stranger too.

Donations may be sent to one of Vince’s favorite charities:

(this used to be Vince and Tamsen’s home, for 17 years – now magically transformed)

Angelica Village is a 501(c)(3) non-profit organization recognized by the IRS,

Project Angel Heart is a non-profit organization based in Colorado.

We serve medically tailored meals to people living with severe illnesses across our state.

Please mention “Vincent Botinelly” when making your donation to any of these organizations. Thank you.

Finally, the family would like to extend their heartfelt thanks to all the staff at DaVita North Metro Dialysis Center, who made Vince’s last couple of years possible, relatively-healthy, and joyous.

The family would also like to thank St. Anthony North Hospital in Westminster, CO, whose staff provided excellent care, ensured Vince’s dignity, and kept him as comfortable and pain-free as possible during his final hours. They were also amazingly helpful and supportive to Vince’s wife.

This obituary has been provided by All States Cremation.

To sign online guest book or add your own memory of Vince, please go to the Tribute tab on this page.