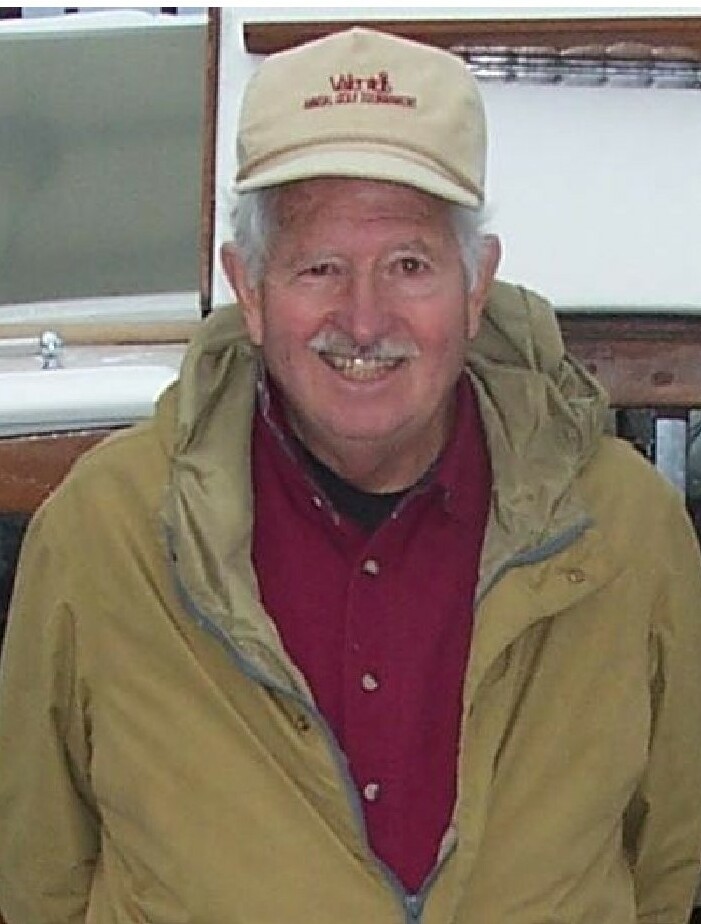 On Thursday, May 19, 2022, Gene Edward Goldsworth, passed away peacefully at the age of 91. Gene had a long and rewarding life filled with business success, recreation and friends and family.

Gene was born on December 27, 1930 in Denver, Colorado to Earl and Mildred Goldsworth. He graduated from South High in Denver in 1948 and became an apprentice glazier with McMurtry Paint and Glass. Gene married Patricia Kaufman in 1951, and soon after the couple moved to Oklahoma City, where Gene was stationed during the Korean war. Gene volunteered for the National Guard, and was transferred to the Air Force, where he served as a dental assistant, often traveling between bases providing dental care for soldiers. After his service, Gene and Patricia returned to Denver, and Gene continued working for McMurtry until 1964 when he founded Metropolitan Glass, Inc. with business partner Donald “Sam” Smith. Gene was the president, head of sales and chief project manager for the company, and vice-president Sam managed the warehouse, job sites, and work crews. Soon after, Les Law hired on and became a long time associate of Gene and Sam. Starting out in the Denver “LoDo” warehouse district, Metropolitan Glass became a well-respected business and an integral player in developing the burgeoning Denver urban cityscape. Metro Glass installed exterior and interior glass in many high-rises and other industrial plazas in the greater Denver metropolitan district, Colorado front range, and the developing mountain communities including Vail and Aspen.

During the 1950’s, Gene and Pat lived in Southwest Denver, and following the birth of their two daughters, Diane and Susan, the family moved to Arvada in 1960. In the years that followed, Gene’s business interests grew to include part-ownership of several glass companies and real estate holdings throughout Colorado and Phoenix. During the late 1970’s Gene and Pat parted ways, and Gene started a new personal life, living part-time in the Applewood/Wheatridge area and part-time Phoenix. Gene sold his share of Metropolitan Glass in the late 1990’s.

Gene had a passion for hunting and fishing, for outdoor adventuring, and for his poodles. He was a charter member and active participant for 50 years in the Arvada Jefferson Kiwanis Club, and a long time member of Mount Vernon Country Club. He enjoyed golf and sailing, and traveled throughout Arizona, California, New Mexico, Alaska, Hawaii, Canada and Mexico. Gene was an avid gardener and cook, and carried on his family’s traditions of canning peaches, jellies, pickles and sauerkraut. He enjoyed documenting his numerous travels with photography. During his travels, Gene collected regional recipes and art; he also enjoyed exploring new restaurants, bars and cuisines wherever he went. Gene relished spending time with his daughters and their families, especially his grandsons, and Kiwanis friends. He also enjoyed staying in touch with his mother, brother, sister and other extended family. He was known for his charismatic business persona and quick wit, his energy and creativity, his impeccable grooming and his ability to “geterdone!”