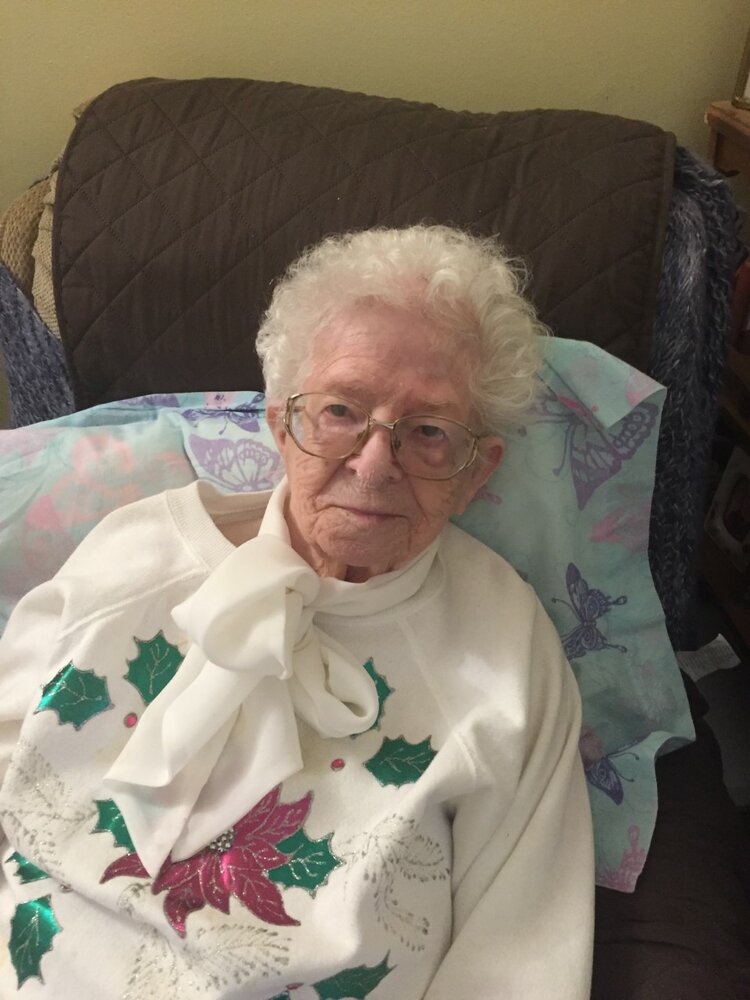 She was born December 29, 1922, in Martinsville, Indiana, to Tron McClellan Isenhower and Josepha Hodges Isenhower. Tronette was raised in Atlantic City, New Jersey, after her parents divorced and her mother was remarried to Bernard Guettier.

It was there, during WWII, that she met Donald Hetts, her husband of 62 years, who preceded her in death in 2008. At the end of the war, Don and Tronette were married in her hometown, and they resided in Indiana for a short time. When Don resumed his college studies at Denver University, they relocated to Colorado.

Tronette worked for the Gates Rubber Company until their daughter, Ricki Lynn was born, after which she became a full-time homemaker. Tronette was a dedicated community volunteer. Her service work included raising funds to turn Swedish Tuberculosis Sanitorium to a full-service hospital and soliciting donations for United Way, the American Cancer Society and the March of Dimes.

A longtime member of St. George’s Episcopal Church in Englewood, Colorado, she sang in the choir and participated in various women’s groups, including the Caroline Divines Quilters, making lap robes for nursing facilities.

Thanks to the owners and staff of Rose of Sharon Assisted Living and Lumicare Hospice for their loving and compassionate care, especially during Tronette’s final six months of life.