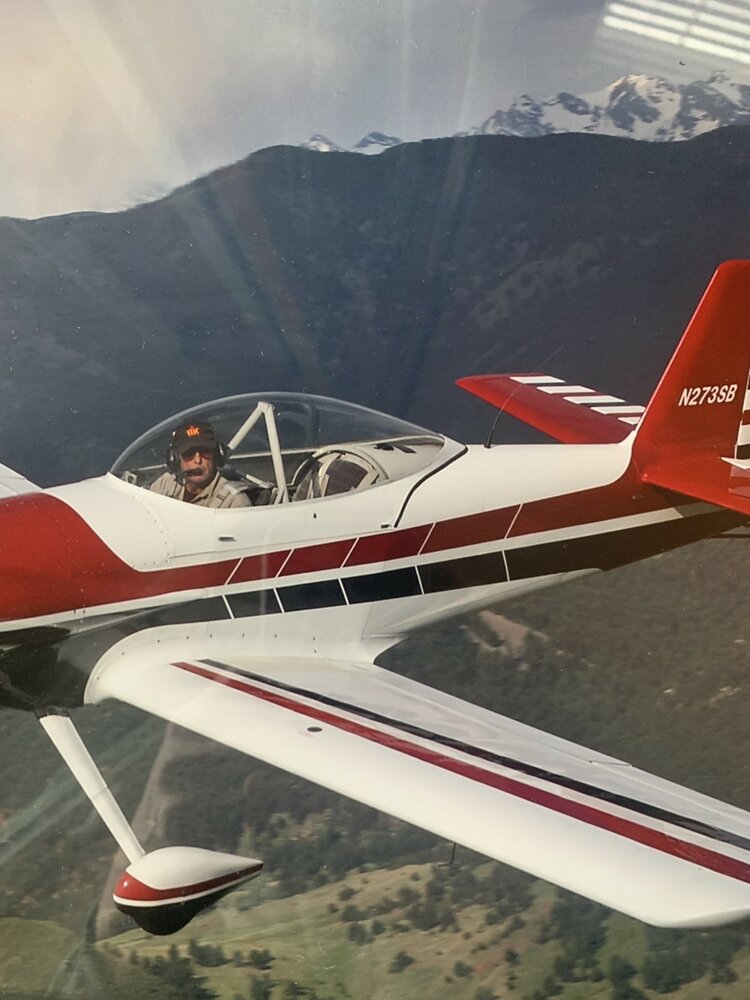 LEE STEWART BERGNER died in his home in Arvada, Colorado April 19 th . He was born in Grand Junction on February 24, 1944 to Merton and Ethel Bergner, a twin to Spencer Lee Bergner. He was raised on Hillcrest Manor and graduated from Grand Junction High School in 1962. He joined the Air Force in September of 1964 and served at Eielson Air Force Base in Fairbanks, Alaska and Amarillo Air Force Base as a fuel systems specialist. He completed his service in September of 1968 as a Sergeant.

He then settled in Denver where he was employed by Atlas Air and then hired by United Airlines as an aircraft mechanic. He retired from United Airlines in 2008. Stewart married Marilyn Woznick in August of 1970. From that union Jessica Lee was born. Stewart and Marilyn divorced in 1974. Jessica was the light of Stewart’s life. He was a doting and devoted father and a loving grandfather and uncle.

His passion was aviation. He was an avid enthusiast of planes and flying. He loved flying gliders, building remote controlled gliders and airplanes, and bought a hanger at a small airport near Denver where he built a biplane and ultimately, his pride and joy, an RV4 which he flew for many years.

Stewart will be interred with full military honors at Fort Logan National Cemetery in Denver on May 3, 2022 at 11:15 a.m.