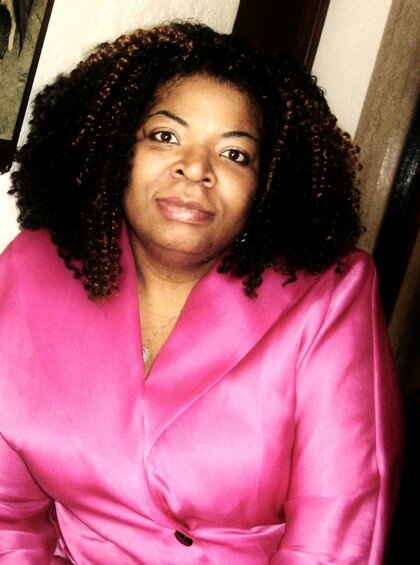 Angela Clynice Fountain-Ugwu, JD, died in Brush, CO, on April 22, 2022. She died unexpectedly but peacefully after a brief fight with breast cancer. Angela was born on February 2nd, 1968, in New Orleans, LA., to the family of Mr. Ather Fountain and Mrs. Deloris Thompson-Fountain. She was 54 years old.

Although saddened by her sudden departure, Angela will continue to be loved and celebrated by her family and friends. She will be remembered for her tireless love for people. She was passionate about helping others in need and had been to Africa on a mission work. It was her love for people that led her to choose carriers in the fields of human services. She worked as a Family Assistance Specialist with the United States Army in Oklahoma. She also worked as a Care Coordinator for family programs with Northcare in Oklahoma.

Family and friends called her “Angee.” The name Angela means angel. An angel is a messenger of God. She lived a life true to the meaning of her name. She loved to comfort others in times of difficulties. She was an embodiment of that divine instruction written in the Gospel of St. Luke – ‘a lamp set upon a lampstand to give light toothers.’ Her spirit

was firm and resilient even through the most trying moments in her life. If you knew Angela, you knew a superwoman who defied all odds. Her good nature rose above the limitations imposed on her physical body by a diagnosis.

“I’m okay.” This was the last word she left her family with few hours before she passed when asked how she was doing. She had a beautiful smile on her face when she said, “I’m okay.” It was as though she was re-affirming her strong faith in the same words expressed by St. Paul: “Where, O death, is your victory? Where, O death, is your sting?” Or another Pauline declaration: ‘if anyone be in Christ, he/she is a new creation; the old has gone, the new has come’ Angela was not a preacher. Rather, she was Christ-like and lived by examples.

She was a woman who enjoyed movies and music. She enjoyed family times, get-togethers including cookouts. She was a beautiful soul to be around, kind and loving to the end. Her courage was a source of inspiration. Her memory will continue to be a source of transformation in the minds of those she touched. Angela was a healer—a mender of the brokenhearted.

She is survived by her husband Ike Ugwu and her daughter Bianeta Ugwu. Angela was blessed with close, supportive, caring and loving sisters: Irma Houston, Sherilynn Moore, Pastor Annette Andrews and Jaqueline Washington. “The Sisters” will miss you dearly Angee. Happy home-going.