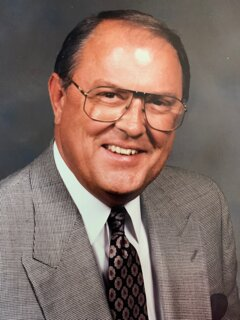 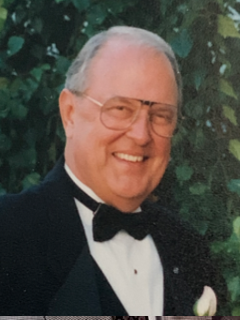 He served a number of years in the U. S. Naval Reserve.

In his senior year of college he served as president of Kappa Sigma Fraternity, followed by lifelong membership.

Guy moved to Denver, CO and pursued a successful career in executive sales with Kistler

Graphics Co. for 25 years, later opening his own printing sales.    He was a member of Jaycees.  He married Kay Christianson in 1961, and they raised their two children, Kurt and Renee. He retired in 1996.

Fishing, golfing  and reading were his interests, but listening to symphonic music was his passion while snuggling with his loyal dog, Star.

He was known for his cooking skills, Louisiana dishes, impeccable barbecue, and for his penchant for boiled crawfish.  Hospitality was his charm.

Guy was preceded in death by his beloved wife Jeanne Louise Risley, and his parents.

He is survived by Kay Voth, former wife and mother of his children.

Family and friends are invited to attend a Celebration of Life to be be held in the chapel of Bethany Lutheran Church Saturday, May 14, 2022 at 10:00 am. Inurnment will  be in the Memorial Gardens. A reception will follow.

The family would like to express a special thanks to the staff of Brighton Hospice and Sunrise at Orchard for the compassion and care they provided to Guy.