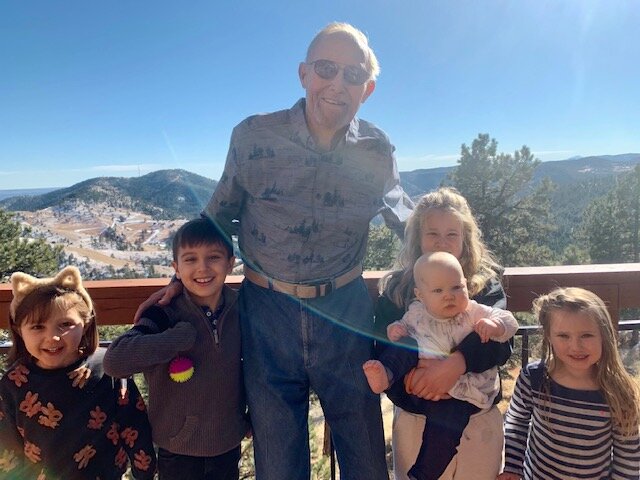 77, of Golden, Colorado peacefully passed away February 20, 2022 from Myelodysplastic Sydnrome advancing into Leukemia.

He was born to Edward and Dorothy Davis July, 1944 in Dallas, TX. After growing up in Dallas, Texas and graduating from Woodrow Wilson High School in 1962, he had many adventures around the United States as a young man. He then graduated from North Texas State University in 1966 with his degree in business. He married Cynthia Tillotson on August 4, 1977 and they lived together in Golden, Colorado for the remainder of their years.

He spent his life enjoying it. He enjoyed camping, fishing, hiking, and the solitude and beauty of his Colorado mountain home. He enjoyed spending time in nature with his children and playing with his grandchildren. He helped and cared for others through his work first at the Colorado Mental Health Institute in Fort Logan and then as the CFO at the Colorado State Health Department for nearly 30 years. In his retirement, he continued helping and mentoring prisoners as they were released and returning to the workforce. As he reflected on his life in his last days, he said “the measure of a life is how many people you have helped” and this is exactly how he chose to live his life.

Along with his parents, Robert was preceded in death by his wife Cynthia. He is survived by his brothers Norman Davis and Phil Davis; son, Ryan Davis (Melissa); daughter, Meghan Thwaits (Zach); and five grandchildren (Riyah, Colin, Harper, Shalom, and Amana).