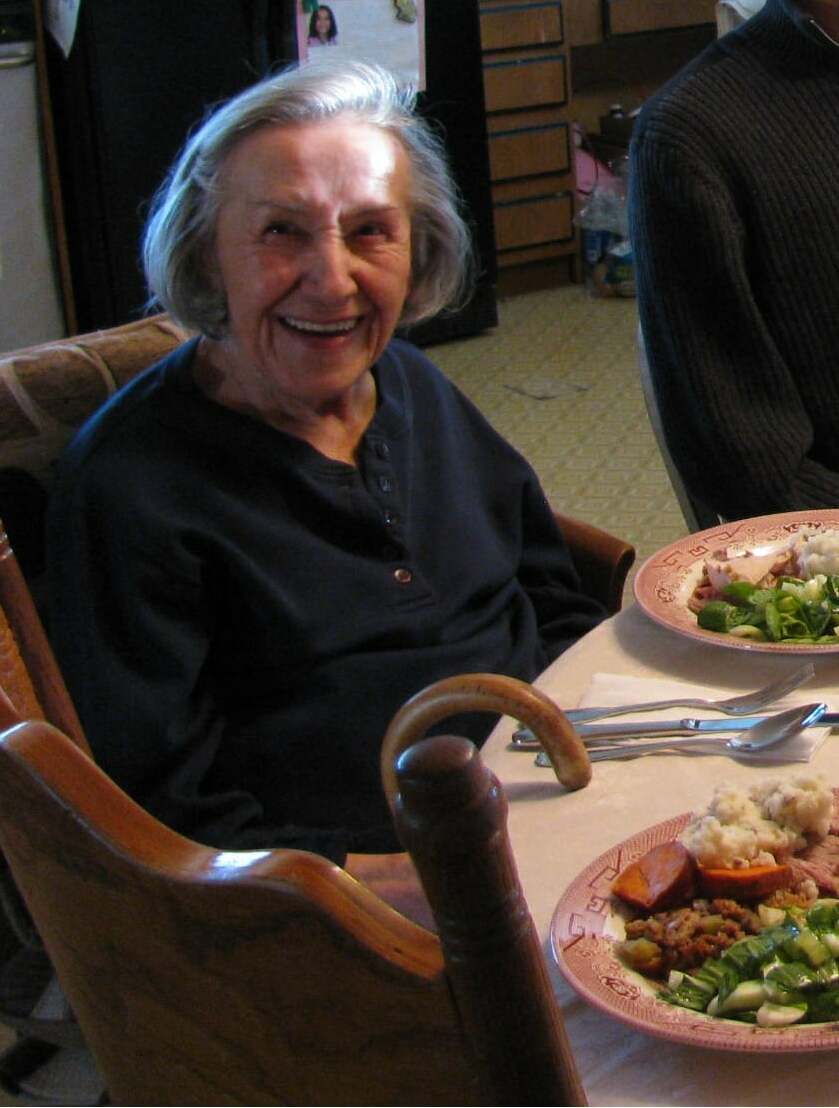 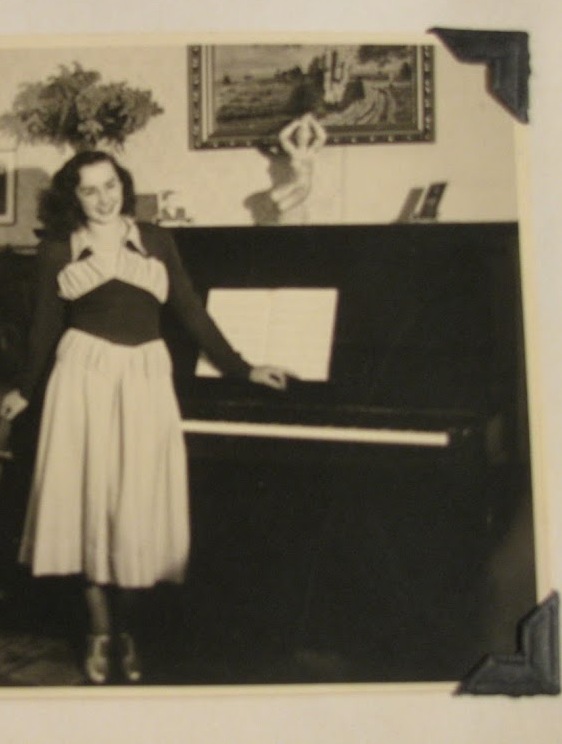 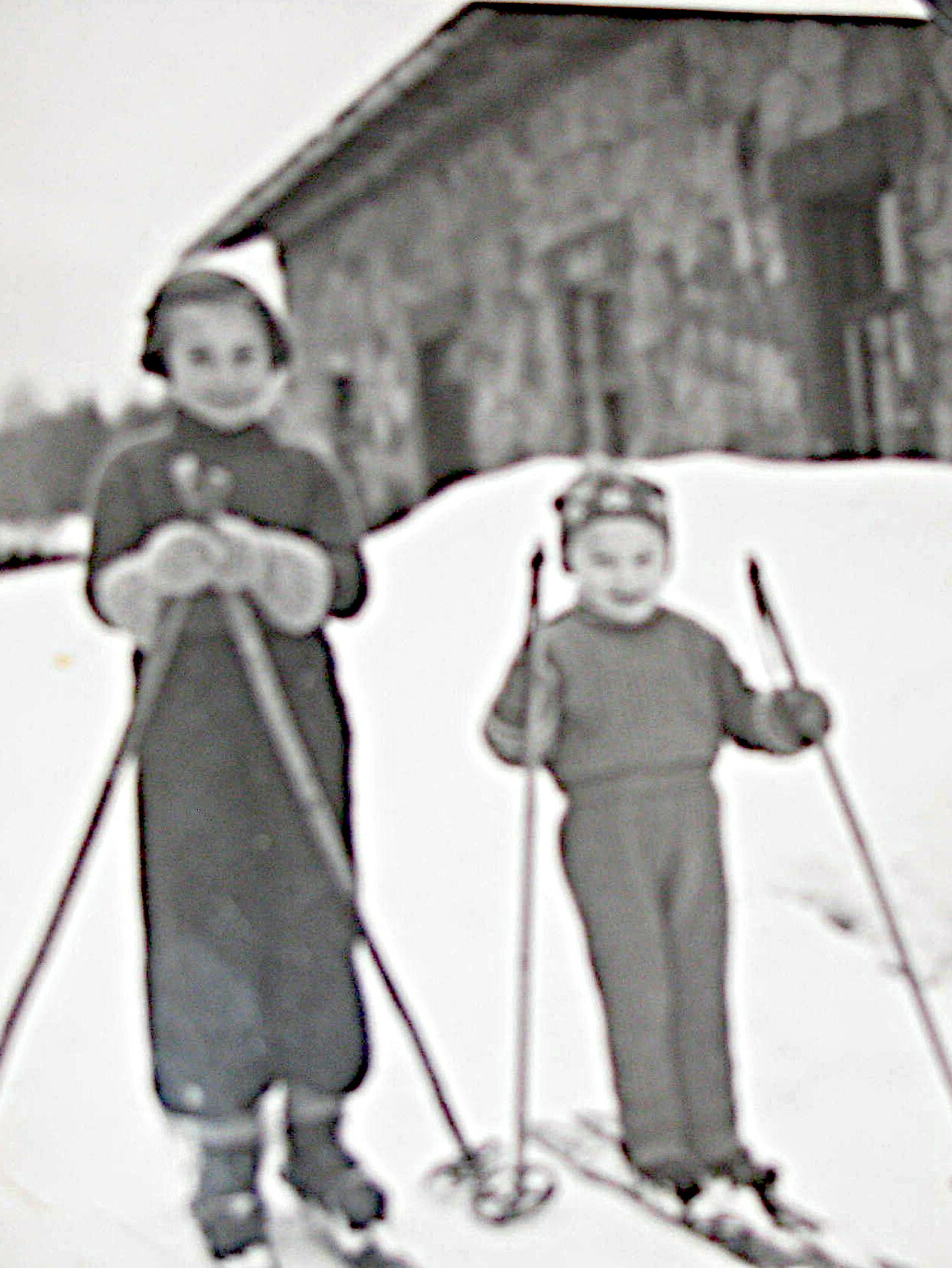 Waltraud “Pat” Nicks lived a full and remarkable life, and died peacefully at Arbor View Skilled Nursing Facility on Monday evening, January 10, 2022 in Arvada, Colorado at the age of 91.

She is survived by her two children, Ed Nicks and his wife Anna, of Arvada, Colorado, their five children, (Chloe, Arial, Zachariah, Jordan and his wife Caroline, and Savanna), and Ramona Heikel of Calgary, Alberta, Canada; her children, (Carl and Nikolaus, and Carl’s wife Brittany, along with their children Gideon and Titus).  She also had nieces and nephews, and their children, in Langendernbach, Germany.

She is preceded in death by her parents Albert and Marie Ott, and siblings Susi Derwensky, Edith Puchinger and Rudolf Ott, all of Germany; her ex-husband Edward E. Nicks of Denver, Colorado, (who she was good friends with later in life), and grandson Jonathan Nicks of Arvada, Colorado.

Our mom was born on December 4, 1930 in Bayerisch Eisenstein, a small resort and ski town in the Regen district of southern Germany, (Bavaria), to  Albert and Marie Ott.  Her father had a photography business specializing in scenic postcards, and trained German Shepherds as a hobby, and her mother was known for her beautiful voice, and being an accomplished cook and businesswoman.

After secondary school, she graduated from the language school in Zwiesel, Germany and the business school in Bayerisch Eisenstein. She polished her English reading and speaking skills by independently reading the German translation of a novel, The Citadel by A. J. Cronin, and translating it into English. Her good English skills landed her a job as a translator for the U.S Military from the time she about 16 years old, first in Eisenstein, then at other US military bases in West Germany during the occupation by the Allies after World War II.  (She had a great story about seeing her family’s piano sitting in the train station after the US Military commandeered their house for their headquarters, and after insisting on talking with the commander about the piano and demanding its return to their house, she not only got the piano back but the commander was so impressed with her English skills that he offered her a job, which after her Mother’s approval, greatly helped to support her family during those tough years immediately after the war ended.)

She married an American serviceman, Edward E. Nicks of Peoria, Illinois, in Spangdahlem, West Germany on January 22, 1955 and soon after, relocated to US Air Force bases in Long Island, NY and Marietta, Georgia, before being transferred to Lowry Air Force Base and settling in Denver, Colorado.

After being divorced in 1961, our mom worked as a secretary for many years at Gramercy Guild Group, a German importer of engineering supplies and instruments, then Blevins Mapping, the Engineering Drafting School, and the Denver Chamber of Commerce.

Then in the early 1970’s, she established Maid to Order, a residential and commercial cleaning service, which she ran until 1989.  She was then forced to quit working and turned over the business to two of her trusted workers after undergoing surgery for a benign brain tumor that caused a partial paralysis on the left side of her body, which she lived with for the rest of her life.  She was, however, able to live independently until June, 2014 when she decided to move to an assisted living facility after a particularly hard fall, then to Pearl Street Rehabilitation Center in Englewood and finally Arbor View Skilled Nursing in Arvada.

Her children remember her as a strict but loving mother who placed a high priority on developing in them strong character, respect and respectability, and a sense that they could achieve anything they were willing to work for if they were persistent and put their mind to it.

She modeled this virtue by working late at night after the dishes were done, sometimes sewing carpet square remnants together by hand to create a warm floor in Ramona’s basement bedroom, or refinishing garage sale furniture into beautiful heirloom pieces of furniture for our home. This was also a consequence of her strong desire to provide a home for us in the best possible neighborhood, (what would be considered beyond her means), but she found ways like this to make up for the additional expense.

She always had a good balance of being strict, but with a dash of European culture thrown in here and there, (approving of us kids sampling the wine or liqueurs that were occasionally served during special family celebrations), and could be surprisingly understanding from time to time, when it came to teenage antics and the trials and tribulations of growing into adulthood, while instilling in us the importance of good morals and doing the right thing.

Our Mom loved to ski, and taught us both to ski at Mt. Vernon near Lookout Mountain, and Loveland Basin Ski Area in Colorado, but would sometimes go by herself to other areas during our weekends with our Dad, and she would sometimes get caught waiting in her car for several hours for an avalanche to be cleared on Loveland Pass, which happened often before the Eisenhower and Johnson tunnels were built.

She was an accomplished cook, and became interested in organic food in the early 1970’s, before it was popular, even experimenting with creating a line of organic dog biscuits, which would have been a hit these days, and making organic food and supplements a focus of her daily regimen to keep her mind sharp and body balanced when faced with taking phenobarbital for the constant focal seizures she was subjected to after her brian tumor operation. We remember the day about three years ago when she announced that she had stopped taking phenobarbital after several years of reducing the daily dose on her own, something the neuro-surgeons said would never happen, after years and years of dedication to building up her body nutritionally to counteract the effects of the drug.

She was very articulate and well spoken, and enjoyed playing the piano, especially classical music, cooking, playing chess, writing opinion articles and stories, and had a sincere interest in, and was passionate about the importance of common sense in child raising and education, conservative politics and her Christian faith.

She wrote the manuscript of a book on the roles of women and the impact of feminism in society, which she was determined get published to her dying day, and had some of her short articles published in newspapers and magazines.

She dressed impeccably, (as a result of discerning taste, and regular visits to select second-hand stores), volunteered as an English language tutor and mentor, had a beautiful singing voice, and was known as a loyal friend to many, and opened our doors during our high school years to foreign students, who were usually from the Middle East.

She was a witty, focused, thoughtful, bold, fearless, determined individual who was devoted to excellence in everything she did, perhaps as a result of growing up during World War II after being exposed to times of great distress, lack of food and other sacrifices. She had some fascinating war stories, such as walking to school and hiding in the woods when the Allied bombers flew overhead. She also surprised many people in the segregated South during the 1950’s with her questioning of the cultural norms of the time, such as why she couldn’t sit in the back of the bus if she wanted to, despite the different color of skin of people who were supposed to sit in those areas.

Even late in her life, one of the care facility workers described her as commanding, yet frail, a testimony to the power of her inner strength and personality, despite a frail and handicapped body that she lived with during her later years.

She took a special interest in spending time with—and hearing the thoughts and opinions of—the younger generation, and especially loved her cherished friends and neighbors from the International School of Denver University and at her apartment near DU, many of whom continued to stay in touch with her to this day. She enjoyed treating her family, friends and neighbors to her delicious Quiche Lorraine, apple strudel, German pudding (a tapioca/vanilla recipe) and other homemade dishes.

She didn’t like TV a lot, except for Jeopardy, the occasional World War II movie, Firing Line and the news, but she loved to read, mostly non-fiction books and periodicals, especially the humor of James Thurber, The National Review magazine, and various Christian ministry publications.

After growing up with a background in the Catholic and nominal Christian faith, she put her trust in Jesus as her Savior as an adult, after reading books about the subject, especially the Late, Great Planet Earth, by Hal Lindsey, and loved reading her Bible every day. She was an active and dedicated member of the Calvary Temple Church in Denver for many years, and faithfully supported her favorite charities and mission groups for decades. She had definite opinions about the new brand of contemporary worship music, (she especially didn’t like the drums), but dearly loved old hymns. She faithfully prayed for both of us to her dying day, often asking us what she needed to ask God for to help with our jobs, business ventures and other things.

She never remarried after being divorced, (going out on only one date in the 1970’s), content to raise her kids, but also because she was very picky about men. Once when asked if she would remarry, she said she would if she could find someone who was a combination of William F. Buckley Jr., Richard Burton and Billy Graham.

A virtual memorial service is being planned and should be ready soon. We hope to plan it for noon or so Denver time for the convenience of people in other time zones to be able to join in and celebrate her life.

In lieu of flowers, please send donations to one of the following ministries that our mom liked to support:

· Radio Station KPOF, (910 AM), which is supported by donations, www.am91.org . She especially liked to listen to the Pillar of Fire service on Sundays, and Pastor Robert B. Dallenbach.

Condolences can be sent to Ramona or Ed’s email addresses, sea_splashes@yahoo.com or ednicks@integrityassetservicesinc.com .

Finally, our family would like to thank her many friends, young and old, who were all true friends to her in every sense of the word, which is a reflection of a life well-lived.

We also thank her many devoted, compassionate caregivers and the staff at the Arbor View Skilled Nursing Facility At 72nd and Wadsworth Boulevard in Arvada, where she spent her last 2 ½ years of her life We appreciate their attention, dedication and sincere kindness and care in dealing with her frailties as well as her strong personality , and the caregivers and staff at Pearl Street Rehab Center at 3636 S. Pearl Street in Denver, (Now Elevation Health and Rehabilitation Center), who she really appreciated while she was there.