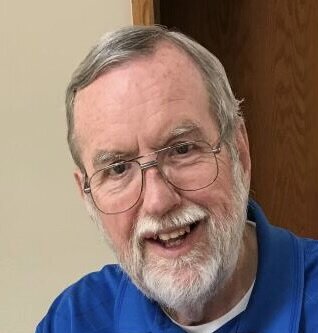 Bob spent his whole life as an advocate for others. He learned the trade of a meat cutter (butcher) in his teens in Chicago. Later in Colorado he cut meat for King Soopers and became President of the Meat Cutters Union. When the union joined local UCFW grocery workers he became an agent for that union, traveling to stores all over Colorado to help solve problems. He then joined USDA as a federal meat inspector and became President of the Federal Union in Colorado. Over the years he was involved in a number of union related negotiations. While working he managed to attend several universities in Illinois and Colorado and earned a degree in business.

While at USDA he suffered a job related injury and was re-trained as a paralegal. He then worked for several companies as an ERISA (retirement plan specialist) paralegal. Forced into retirement himself in his 60’s he got a CDL license and worked as both a limo and bus driver.

Bob was active in his church and over many years served on a number of committees, parish council, and in grief support. He and his wife helped with marriage prep and served as Marriage Encounter facilitators. Bob volunteered as Santa for 10 years for various church and business related charity events and then became a professional Santa for 3 years. One year he was even the Santa turning on the lights at the Civic Center. He had a way with children. He was their advocate too.

In lue of flowers please make a donation to the Michael J Fox foundation for Parkinsons research, thank you.

To send flowers to the family or plant a tree in memory of Robert Duffy, please visit Tribute Store