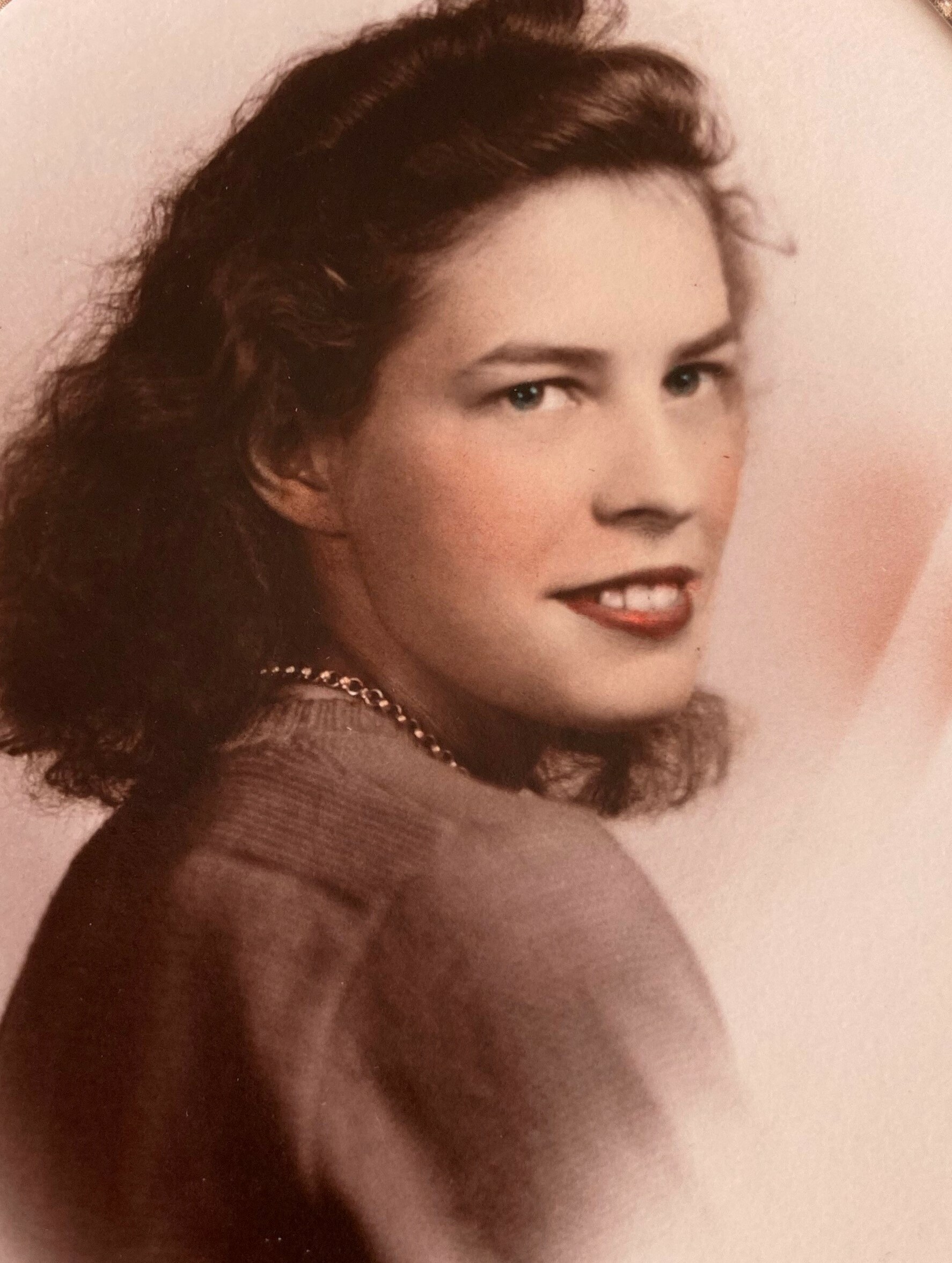 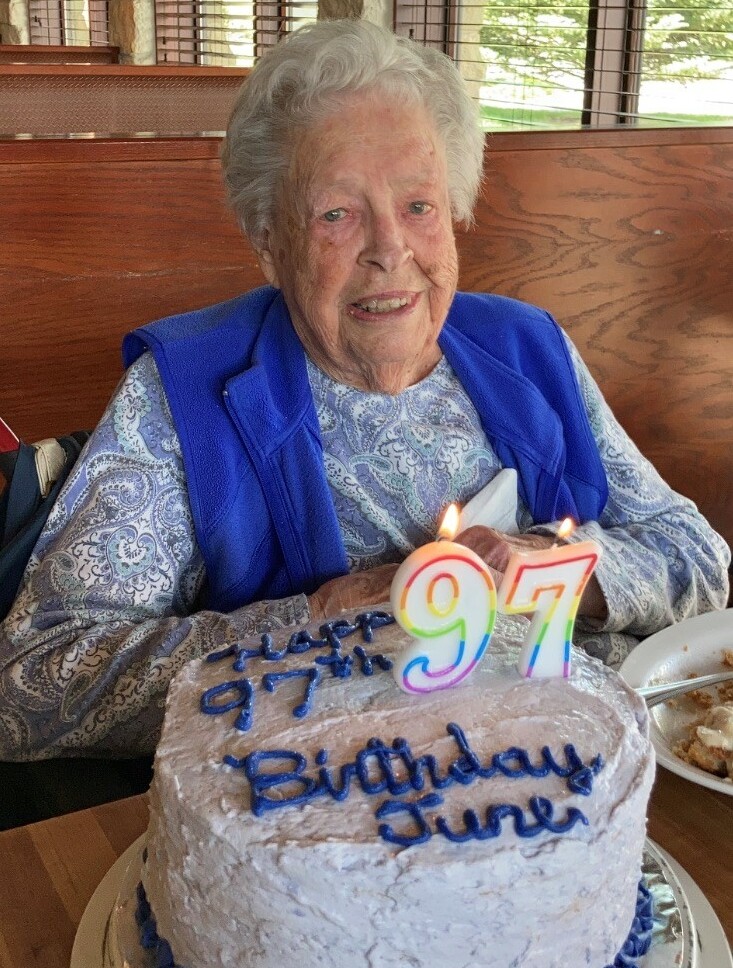 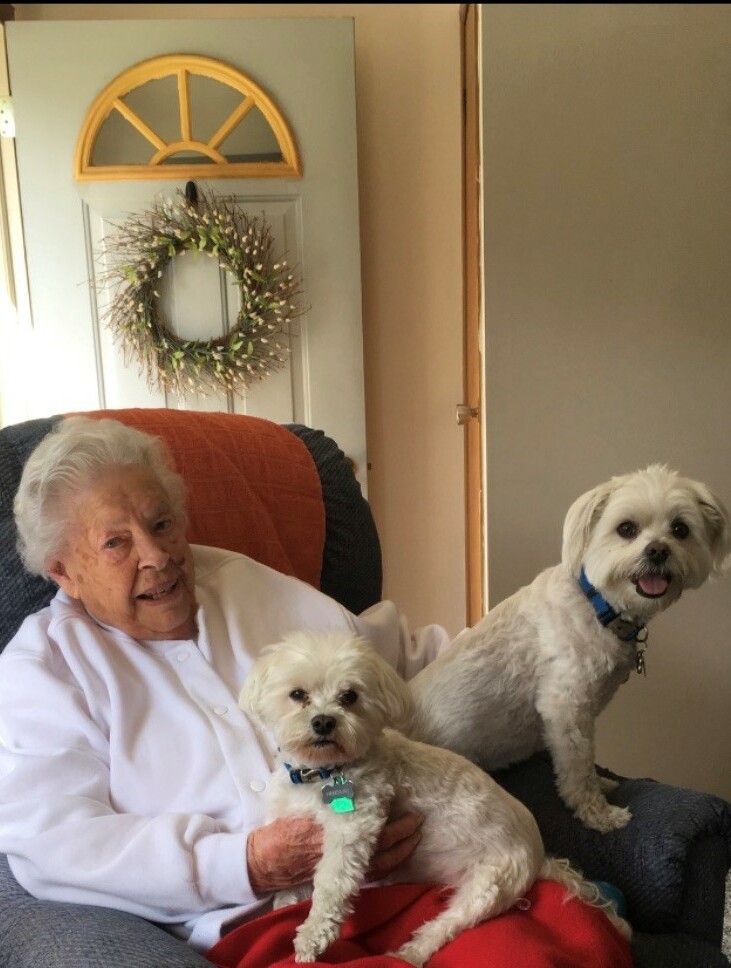 June Viola Ross-Vanderhoff passed away peacefully in her sleep at home at the age of 97 1/2. Born June 15, 1924-Died February 1, 2022 in Aurora, Colorado.    Born in Detroit, Michigan June was the second child of four and the first daughter to Agnes Couture-Ross-Mason and Max Albert Ross, both from Cheboygan, Michigan.

When June was four years old, the family returned to Cheboygan via a Model T Ford. She and her sibling attended the Mackinaw Avenue School, a one room school house, two doors down from their home.

June’s father, a WWI Army veteran, passed away at home after a long respiratory illness caused by Trench Warfare Mustard Gassing on the Western Front in Germany. June was 8 years old. She always spoke of her father as a calm sweet affectionate man. Widowed for four years, her mother Agnes married long time bachelor John Mason. June always said he was the best step-father anyone could ask for. He was fondly known to the next generation as Grandpa Johnny.

In high school, June met her future husband, Arthur George “Barney” Vanderhoff.  When they were 16 and 17 years old, Barney wanted to marry June, but she declined, feeling they were far too young. Barney then joined the Navy and served 6 years before and during WWII. They always kept in touch and upon returning from the war, they resumed their relationship and were married on September 19, 1947.  During the war years, June was a seamstress in a garment factory in Cheboygan, sewing Pilot Bomber Jackets made of horse hide leather.  After marrying, June became an excellent  homemaker.

Their first child was born in Cheboygan and in 1950 June and Barney made their long time home in Hazel Park, Michigan. She enjoyed crocheting, sewing, canning, reading, camping and fishing with her husband.  Their fishing boat was called “Mostly June” because she caught most of the fish on the Canadian side of Lake Saint Clair. She and Barney were also active members of the Veterans of Foreign Wars (VFW).

they moved back “ Up North” to Topinabee, Michigan, 15 miles south of their home town of Cheboygan. They enjoyed fishing locally at Burt and Mullet Lakes and growing a huge garden on their wooded acreage.  Hosting family get-togethers and hunting parties was a highlight of their 12 years in Topinabee.

She is survived by her daughter, Marcia Avis Vanderhoff-Haught of Warren, Michigan.

She is preceded in death by her son George Arthur Vanderhoff (1954-2018) of Croswell, formerly Troy, Michigan.

She is survived by six Grandchildren.

And One Great Great grandchild whom June met last summer.

She is also survived by her daughter-in-law Karen Cline-Vanderhoff who has cared for her beloved Maltese/Pomeranian dog, Max, since her move to Colorado.

Private family burial will be held in Cheboygan, Michigan in July 2022 at Calvary Catholic Cemetery.