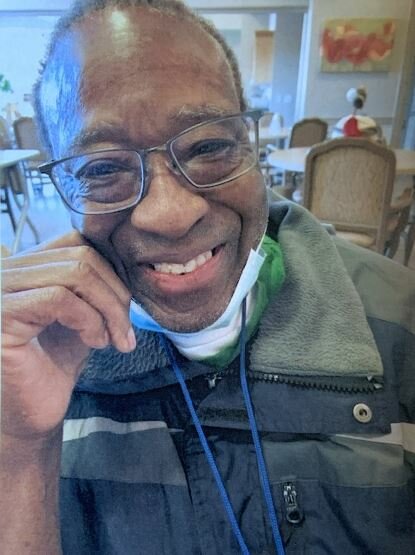 God saw you getting tired when a cure was not to be,

He wrapped His arms around you and whispered, “Come to Me.”

God’s garden must be beautiful, He only takes the best

I couldn’t wish you back to suffer that again.

Peter Archer Lewis was born on March 28th, 1948 to Frank Douglas Lewis and Pearl Juanita Johnson who preceded him in their homegoing in Phoenix, AZ. Peter was also preceded by his brother Jay Douglas Lewis and sisters Pearl Genova King and Elizabeth Pearl Lewis. He is survived by a brother Calvin Benjamin Lewis and a sister Frankiemae Perry. Peter leaves a host of nieces, nephews, children and friends.

Peter aka “Uncle Pete” as his family lovingly referred to him, was born in Pueblo, Colorado. Immediately after graduating from Pueblo Central High, Peter worked at the Pueblo Army Depot. Shortly thereafter, he enlisted as a medical technician in the US ARMY where he was deployed during the Vietnam War. After his term in the military, he served as a surgical

He married Karen Clark of Santa Ana, California but was widowed after several years.

In 2010, Peter moved to Colorado Springs CO, closer to surviving siblings, Calvin and Frankiemae, serving his community as a driver for Silver Key, helping friends and family and continuing to be a “ladies’ man” strolling around Memorial Park and having lunch dates with lady friends. Peter went to live with his sister “Mae” who had moved to Aurora, CO when he started displaying signs of Alzheimer’s/Dementia where he resided until his passing.

The family would like to thank the staff of Bear Creek Center of Morrison, CO for caring for Peter and sharing stories of him playing games and “Cheers” toasting with friends and their juice cups, and making plans to “meet back at the bar” the next night. This we now know to be his final days.

Thanks, also, to Senior Resource Day Center of Wheatridge CO for capturing this wonderful picture and Morning Star Day Center for help with Peter for the bulk of his time in Aurora.

He will be greatly missed but not forgotten.

His remains will be buried at Fort Logan National Cemetery in Denver Colorado.

To send flowers to the family or plant a tree in memory of Peter Lewis, please visit Tribute Store