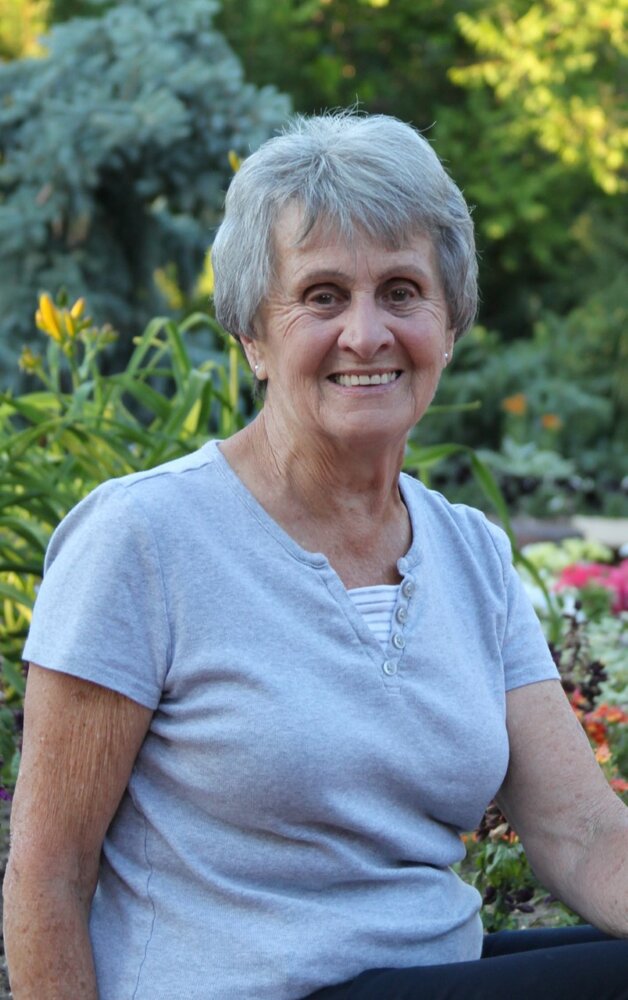 Connie, age 92, passed away of natural causes at the Villa of Sunny Acres memory care unit in Thornton Colorado.

Connie was born Constance Marie Vitullo on February 4, 1930, in Niagara Falls, NY, to John Raymond and Elsie Rowland Vitullo, the youngest of 3 daughters. At age 14, after the death of her father, she moved with her mother and sister to Englewood, Colorado. She graduated from Englewood High School in 1948.

On October 20, 1949 she married William Edward Campbell Sr. (Bill) in Englewood Colorado. The raised three children, Bill Jr. (deceased), Michele and Cindy. Bill passed away on December 17, 1996. They lived their entire married life in the same southwest Denver neighborhood. Connie lived in the same house for 65 years until she went into the care facility. She was a stay at home Mom for years, worked as a breakfast manger at McDonalds and a bank manager.

She was extremely patriotic. She had the upmost respect for the American flag and loved anything red, white and blue. She and Bill were very active in the VFW, where she held numerous offices and planned many programs, parties and events which she continued doing after Bills death. She loved all creatures big or small. She loved feeding the birds, squirrels and stray cats that made their way into her yard along with all the dogs she had throughout the years. She enjoyed the mountains where she and Bill spent many hours camping, fishing and hunting.

After Bills death she developed a special friendship with Andy Fenner that lasted 20 years. They met at the VFW and enjoyed each other’s company going out to dinner, taking the bus to the Colorado Rockies games, going to Silver Sneakers and walking dogs at Bear Creek Park. She and Andy attended Idledale Church.

She was preceded in death by her husband, Bill Sr., her parents, John and Elsie Vitullo, son, Bill Campbell Jr. and sisters Margaret Evans and Janice Fuller.

We would like to thank all the staff at The Villa of Sunny Acres Silverthorne Memory Care Unit and Compassus Hospice for the wonderful care they provided her this past year.

Cremation handled by All – States Cremation of Colorado. There are no services planned.