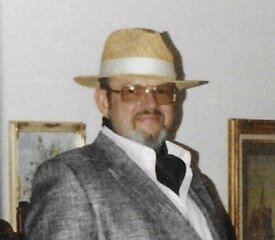 Mike passed peacefully in hospice care at Manor Care of Denver, Colorado January 26, 2022 at the age of 82. Mike is preceded in death by his parents John A. Shea & Marga-ret Gertrude (Klein) Shea and 6 of his 7 siblings. He is survived by his younger brother Ed, 19 nieces and nephews, 28 grand nieces and nephews.

Mike was born May 31, 1939 in the Yuma Hospital in the town of Yuma, Colorado. Mike was the seventh oldest of 8 children. His parents first child (girl) died at birth. He had one older sister Mary (Amorose) and 4 older brothers John (Joe), Patrick, Daniel (Nick), Stephen (Steve) and one younger brother Edward (Ed).

He grew up on the family farm northeast of Yuma. His parents moved into town in 1944, Mike was about 6 years old then. It was a small acreage in north Yuma with a big two-story home and a lot of room for a big family. His parents raised a big garden each year and lots of strawberries. He attended grade school and high school in Yuma and played on the football team.

Mike served in the United States Army from August 2nd 1962 until his honorable dis-charge on July 31, 1964.

To send flowers to the family or plant a tree in memory of Jerome Shea, please visit Tribute Store