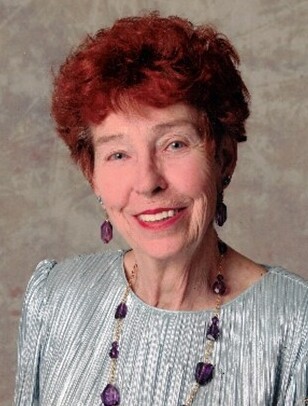 Anna Elizabeth Burgi was born in Franklin, Pennsylvania and lived on a small family farm with her younger brother Philip until she was 6 years old. She had very serious asthma as a child and the doctors told her parents that she needed to live in a drier climate.  Her parents (Henry and Margaret Burgi) decided to sell the farm and move west.  They purchased a small travel trailer, loaded a few belongings, and drove to Los Angeles where her uncle Al lived.  On the way through Arizona her dad was made aware of an opportunity to work in an open pit copper mine in Ajo, a small mining town in southern Arizona.  The family relocated to Ajo in 1947 and lived there until her dad died in a mining accident in 1950.  His death changed the life of their small family and affected Anna the rest of her life.  The family moved several times between Ohio and Arizona during the next 8 years. Anna finished her schooling in Ohio. Anna lived in Iowa and California before settling in Albuquerque, New Mexico in the 1970’s. In 2015 she moved to Denver to be closer to her brother Phil.  She lived in several locations including a home in Wheat Ridge, the Argyle on West 38th Ave and for the past two years she has been a resident at Ralston Creek Memory Care in Arvada.  Anna passed away on January 29th at Lutheran (Collier) Hospice in Wheat Ridge, Colorado.

Anna had an adventurous spirit, trying lots of different life paths during her life.  For example, for a few years she lived in Belen, New Mexico where she cared for several farm animals as well as her puppies.  She loved being with people, music, and dancing.  Probably her greatest joy came from breeding and raising toy poodles.  If you visited her in Albuquerque, she might have had up to 14 poodles running around her house at any given time.  She would sell the poodles as a means of augmenting her income.  She also worked in security for AOL, as a cashier at a local grocery store, and from time-to-time fostered children.

Anna was married four times most recently to Rex Breeding of Albuquerque, New Mexico.  One of the reasons Anna loved Albuquerque was her many friends.

Although she suffered from paranoia, she loved to be with people and so enjoyed being involved in life whether work or play. In recent years her care givers would say she was a very gentle, quiet, and compliant person, but her brother, Phil, and sister-in-law Kay (All three attended high school together in Alliance, Ohio) knew a different Anna for most of her life.  Anna could be very non-compliant, stubborn, and closed to others’ ideas, but she had compassion for those she perceived were downtrodden. Her brother would say her complexity taught him a lot about diversity of thought and how we can all learn from each individual we encounter when we pause to listen to their story.

Anna attended a large Baptist church in Albuquerque and while she lived in Denver attended Denver Friends Church from time to time. She greatly appreciated her church family and sought and found God’s love and grace in her church community.