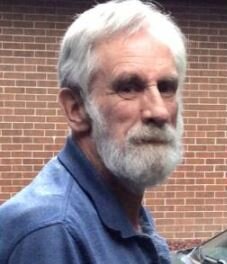 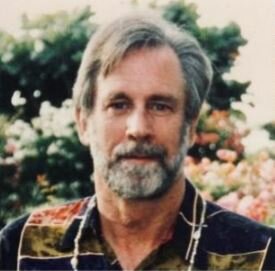 James Francis Boomer was born on March 1st, 1944 in Cleveland, Ohio. His parents were Charles F. Boomer and Doris L. Boomer (nee Morse). His two older sisters were Sharon and Patricia. They were joined shortly after by brother Richard, and several years later by brother Robert. They were known as Sharon, Pat, Jim, Dick, and Rob. The family lived in Cleveland, Columbia Station, and Fairview, Ohio. Jim graduated from John Marshall High School in Cleveland. He attended Kent State for 3 years, majoring in Mathematics.

In May of 1966, Jim enlisted in the Army. He served in Vietnam and Germany, and attained the rank of Sergeant. He was discharged in February of 1974. He lived in Brighton, CO for a while, then California, but soon returned to Colorado and settled in Denver. He went to work at the Colorado Department of Highways in April 1974 as an Engineering Tech, and it became his career.

Jim joined Mile High Mensa, and served as Program Chair for 2 years. It was there that he met Mary Kaye Gartner in 1983. They started dating about a year later, and married on August 22, 1987. They bought a house on South Cherry St. in 1992. Though they hoped for children, they never had any, and instead were "parents" to a series of rescue cats. Fortunately, their niece Kathleen Schmitz moved to Denver, and met and married Richard Walsh. Many happy hours were spent enjoying excellent meals and conversation with Rich and Kathleen, their daughters Mary, Megan, and Molly, and their dogs. Jim and Mary Kaye were honored to occasionally serve as surrogate grandparents at the girls' school events.

Jim enjoyed golfing, crossword puzzles, TV, and playing cards, especially beating his mother-in-law Gertrude Mapes at pinochle. He was a loyal fan of the Broncos and the Rockies. He also enjoyed mystery novels, especially those by Sue Grafton and Earl Stanley Gardner. He was a member of Columbine Civitan for 30 years. He held every club office except for Treasurer, and was Editor of the club newsletter

for many years. He also served as District Secretary and District newsletter Editor, and was awarded both Club and District Honor Keys.

Most years, the Boomers made summer car trips to Michigan or California to visit family. They also made an epic 3-week car trip to New England, with Gertrude in the back seat. On a trip that included whale watching, Amish country, and the St. Louis Arch, the high point for Jim was the Cheers bar in Boston. His favorite vacation was their week in Hawaii with sister-in-law Patti in 2002. He wanted to visit Ireland, but never made it there. Mary Kaye was a member of the Colorado Symphony Orchestra Chorus, and Jim was one of the spouses who came along on their European tour in 2009, visiting Budapest, Vienna, Brno, and Prague.

Jim retired from CDOT in 2000, but continued working there as a temp for several years. He continued working various office jobs until about 2016. Although he had several surgeries, his overall health remained fairly good until his early 70's. He developed neuropathy in his feet and hands, started having balance problems, and eventually needed to use a walker. In May of 2021, he fell and couldn't get up. He was taken to the hospital, where they found that he had an infection that require the amputation of about 1/3 of his right foot. The Cherry Street house wasn’t accessible for the wheelchair he would need while recovering. So he spent the rest of the year in the hospital, rehab, and assisted living while the house was sold, a more accessible one bought and set up, and home health care arranged. Jim came for a couple of overnight stays, including Christmas. Finally, on December 28th, he came home at last, and seemed to be doing well. But then, just an hour or two into the new year, on another late night trip to the bathroom, he fell again. As he tried to get up, he was suddenly stricken, and the paramedics couldn't revive him. The diagnosis was coronary artery disease.

Jim Boomer was tall, quiet, loyal, and reserved, but with a sly sense of humor. He didn't have a shred of vanity or pretense, and never believed that he was handsome, though many people knew differently. He disliked his middle name; he thought “Francis” sounded girly. But Saint Francis was a modest, gentle man who loved animals. it was perfect for Jim. As he aged, he was often cranky and sometimes stubborn, but very seldom mean. He was preceded in death by his parents and his brother Dick. He is survived by his wife Mary Kaye Boomer of Aurora, Colorado; sisters Sharon Schmitz of Howell, Michigan and Pat Beach of Monroe, Michigan; brother and sister-in-law Rob and Kathy Boomer of Mariposa, California; his uncle Bob Morse of Grand Ledge, Michigan; and sister-in-law Patti Short of Dana Paint, California. In addition to the Walshes in Centennial, Colorado, there are a number of nieces and great-nieces, nephews and great-nephews, and various cousins. He was dearly loved, and will be dearly missed.