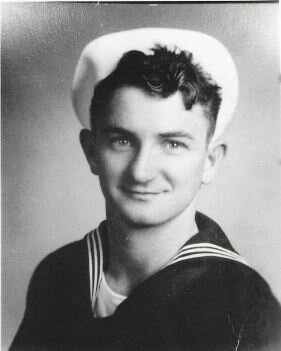 Loran Fremont Thompson, 99 of Denver Colorado passed away on January 19th, 2022.  Loran was born to Ernest and Cecil Thompson (Kabrey) on March 17th, 1922 in Labette County Kansas.  A service will be held at Ft. Logan cemetery on XXXX

He moved with his family to Baca County Colorado in 1926 and graduated from Pritchett high school in 1940. He briefly attended College in Amarillo before joining the Navy in 1941. Loran was stationed on the USS Louis Handcock in WWII and was honorably discharged from the Navy in 1946. Following his discharge, Loran, farmed with his father,South of Pritchett and also worked for several ranchers and farmers in the area. He owned a Gambles store in Sutherland NE, before settling in the Denver area.  Loran was an avid sportsman.  His prime passion was  baseball.  He played for Navy team based in SanDiego and on several town teams in the Baca County area.

Loran married Mable Roth on April 9th, 1980, she preceded him in death in 2013.  Loran was a member of the Freemasonry and the First German Congregational Church in Arvada.

Besides his wife, Loran was preceded in death by his parents, sister Maxine (George) Evans, niece Lovella Ellis and nephew Gary Evans.