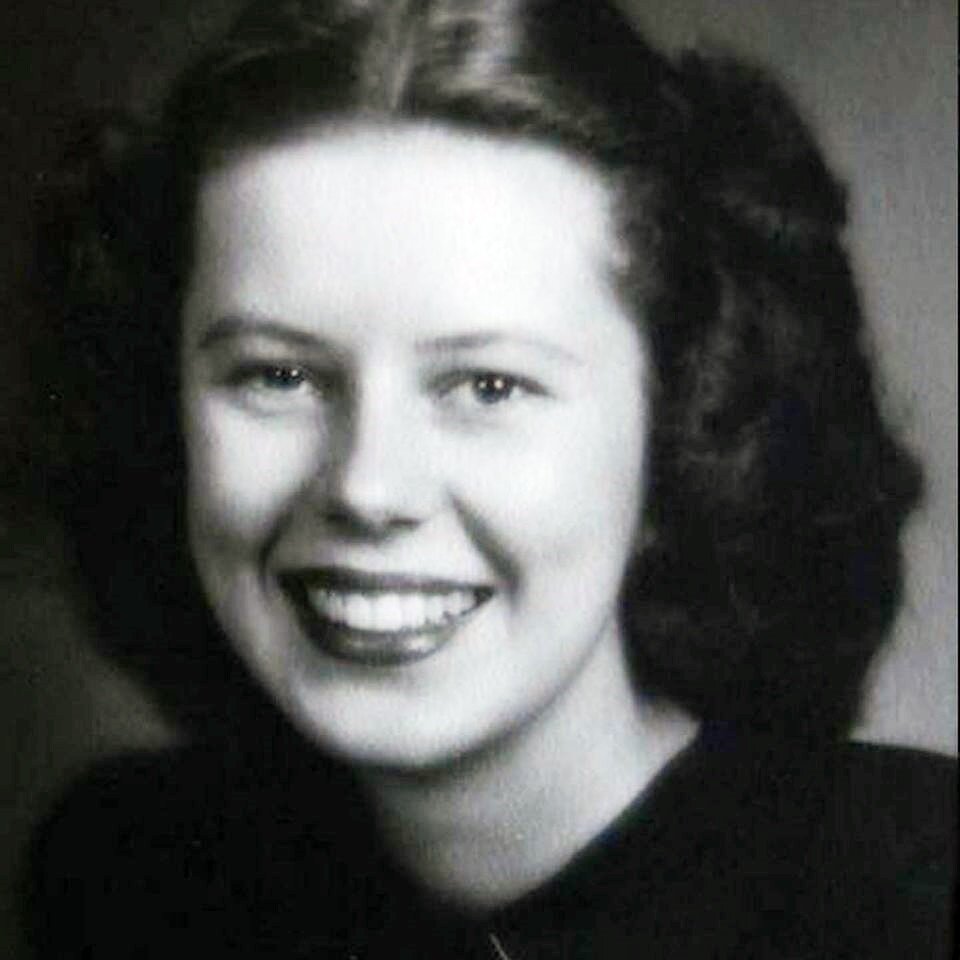 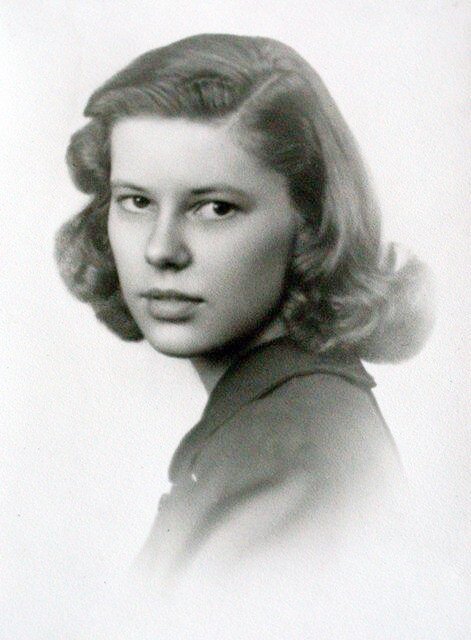 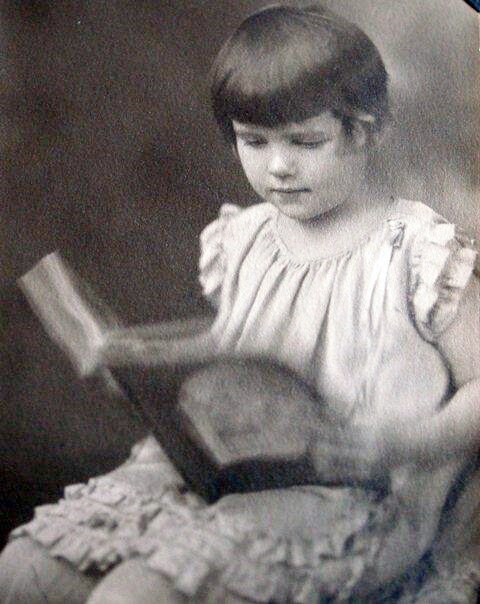 Angie Louise Reeder Seeton died of congestive heart failure at age 97 at 1:25 a.m. on December 27, 2021 at her granddaughter’s loving home in Colorado. Her daughter and granddaughter were at her side when she passed.

Louise grew up in Morgantown, West Virginia where her father practiced law.  Her mother had a teaching degree. Her maternal grandfather was a professional photographer and her paternal grandfather was awarded the Congressional Medal of Honor during the Civil War.  She was the oldest of six children and she treasured her whole family throughout her life, always considering family her greatest joy.

She attended West Virginia University for two years before transferring to the University of Colorado in Boulder where she graduated with a bachelor’s degree in chemistry, math and English. It was called a Distributive Major. ​ She met her husband, Ross Victor Seeton, Jr, in a chemistry class.  They married on February 26, 1946, during her senior year in college, and were happily married until his death in 1992.

Early in their marriage, Louise traveled with her husband, following his work with the Atomic Energy Commission. They lived on reservations in Arizona, Nevada, Utah, and Colorado. She had the first two of their children with them at that time. Her youngest was three when he got onto a bulldozer and started driving it.  He had been watching how to operate the levers and learned how to start it. She wrote home that she was fascinated by the “cat skinners” in the mining camps where they lived. This term was a colloquialism for dozer operators in those days.  Her aunt wrote her back, asking what people did with all the skinned cats.  For a short time, they lived in Edgemont, South Dakota where she was a Boy Scout leader. In 2016, she retraced her path with her daughter, through those states, sharing with her the places she had enjoyed. She talked about how much she cherished learning about different cultures and landscapes, and how she found something to like about every single one of the places she had once called home.

In 1960, Louise and her husband started a land development company in Taylor Park, high in the Colorado Rocky Mountains, near the old mining town of Tin Cup where Ross had spent his childhood summers.  It was an area where Ross's mother traveled by horse drawn sleigh over the mountain pass from St. Elmo to enter the mining camp. They called their company Rainbow Subdivision, a name chosen to mean that it was to be inclusive of all people. Ross loved the mountains and wanted to share his joy with other people.  By the time they started Rainbow, their family had grown to three sons and a daughter.  They all lived in a two-room cabin without electricity or inside plumbing. Louise cooked meals and baked on a 19th Century Majestic wood stove. The nearest telephone was a phone booth eight miles away and the closest grocery store was nearly forty miles away, more than half of it a dirt road.  Louise helped Ross pack out deer and elk every year and learned to cook the wild meat and fresh trout that he and their children caught.  She was a talented baker and was known for delicious pies, breads, and rolls.  By the mid-sixties they lived in a large log cabin that Ross built. ​When snow pushed them out of the mountains for the long winter and spring each year, the family resided in Lakewood, Colorado.  Using snowmobiles, they were able to visit their mountain home on holidays and spring break. In 1972, they moved from their Lakewood residence to a home in Gunnison, Colorado in order to be closer to Taylor Park.

Louise shared her father’s love of immigrants. She talked about how much he respected them and she felt the same way.  She was a person who loved meeting all kinds of people and engaging them with questions about their lives.  She was truly interested in learning about their experiences, and hearing their inner thoughts and struggles. She gained new friends anywhere she happened to meet people and then enthusiastically relayed their stories about such things as home, schooling, and family.  She appreciated the differences in people and learned from them. Each encounter contributed to her growth in mind and spirit.  She was appalled by the immigration policies under Trump and she would have marched with Black Lives Matter if she had been younger.  In her last year of life, she voiced opposition to the many wars being waged on earth.  She embraced science, believed climate change was real, and wanted to see alternative energy developed. She believed that there were great inequities in pay, wanted to see minimum wage significantly raised, and medical care to be affordable.

After her husband died, she called Green Valley, Arizona home for over a decade and found that desert life suited her well.  She was part of a breakfast club, meeting with several friends on a regular basis.  She belonged to the American Association of University Women, Daughters of the American Revolution, and a women’s financial investment club. She enjoyed concerts and volunteered with an organization providing rides to medical appointments.  Helping people was always one of her great joys.  When she left Arizona, she moved in with her sister in High Point, North Carolina and loved being near  more of her family.

Louise was an avid reader and read a stack of books from the library every two weeks.  When she lost most of her vision in her 90s, she learned to enjoy audio books.  She thought about becoming a librarian when she was in high school, but was discouraged by a teacher who said that advancement was slow for women in that field.  It was the only regret she ever mentioned, saying that she wished she had ignored the advice and just worked to change the status quo.

She was the best sport, never a complainer and was endlessly patient, kind, compassionate, easy going, and very much a go-with-the-flow type of person. She saw the good in people and wasn’t the least bit judgmental. She possessed a lifelong love of learning and amazed family and friends with her stellar memory that was always full of incredible detail. She had an independent streak too. She changed the wedding vows that were standard in 1946 to omit the word “obey”, saying she planned on being at her husband’s side and supporting him, but she was not going to take a vow of obedience. To her, that would have meant they weren’t equal. She wasn’t just book smart, she was handy. She could fix a toilet and probably tell you what you needed to check if your car didn’t start. She was a creative problem solver and could always come up with ways to fix something.

In her 90s, she lived in northwest Washington state where she took a small boat to Decatur Island from Anacortes to live with her daughter, Betsy. It was a remote island with dirt roads and no stores. Everything was brought in and out via plane or boat. In the last year of her life, she traveled in an RV for six weeks with her daughter, boondocking from place to place. Their journey took them from Colorado to California and up the Oregon coast to Washington state. The last 8 months of her life she wasn’t well enough to get back to the island and was lovingly cared for full time by her granddaughter, Brigett Bearden, in Colorado. Through her elderly years, she often commented on the kindness of people of all ages when it came to helping her with doors or assistance of any kind. She was so appreciative of how strangers reached out to offer a helping hand.
​
Louise would tell you she had a good life, a beautiful, loving family and enjoyed the many places she called home. She loved unconditionally and was dearly loved by anyone who knew her. The world is a different place, a little less bright, without her kind and honest soul.
​
Her ashes will be placed with her husband and two sons at the Tin Cup Cemetery in Gunnison County, Colorado. There will be no formal service per her request.