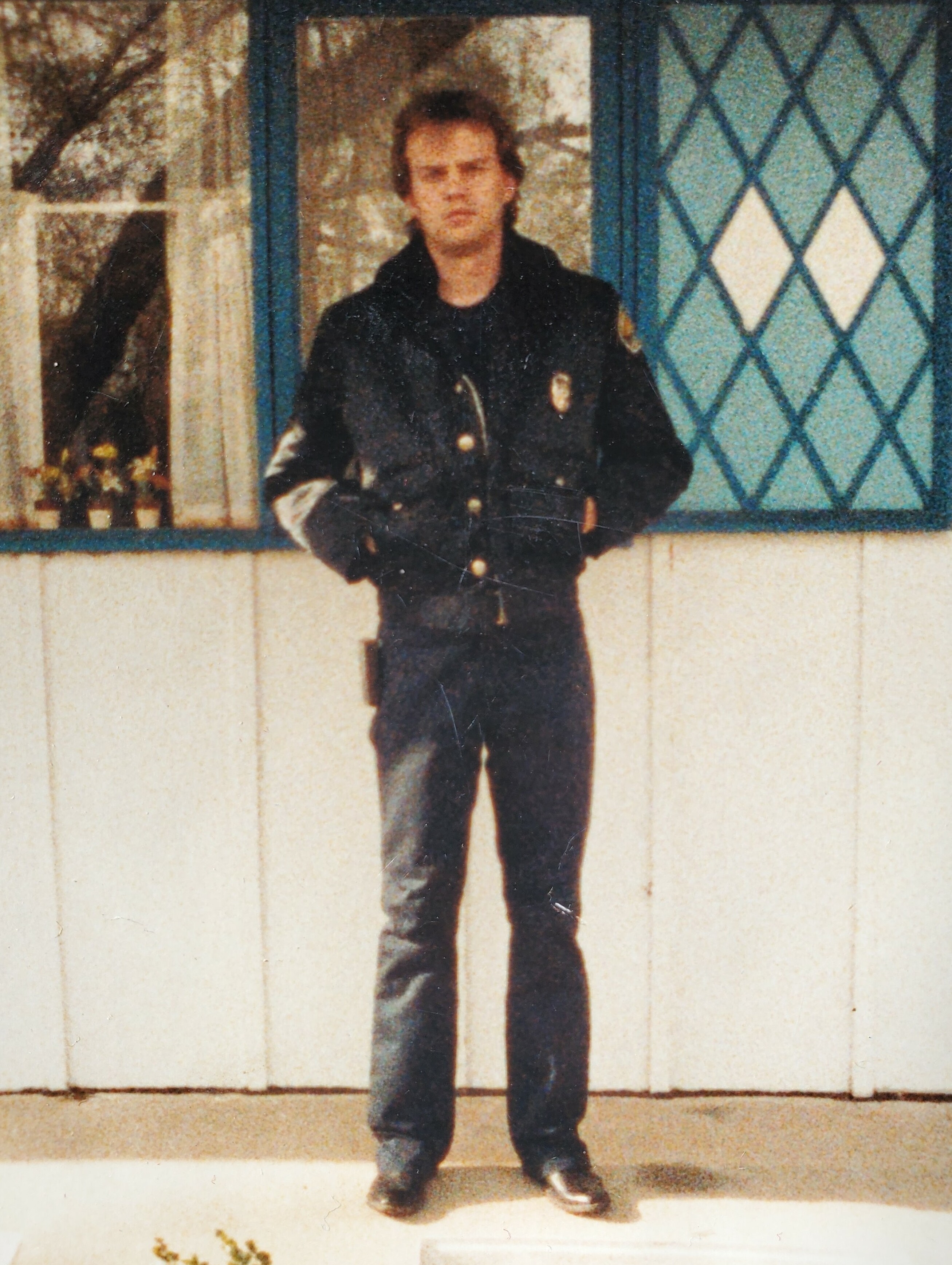 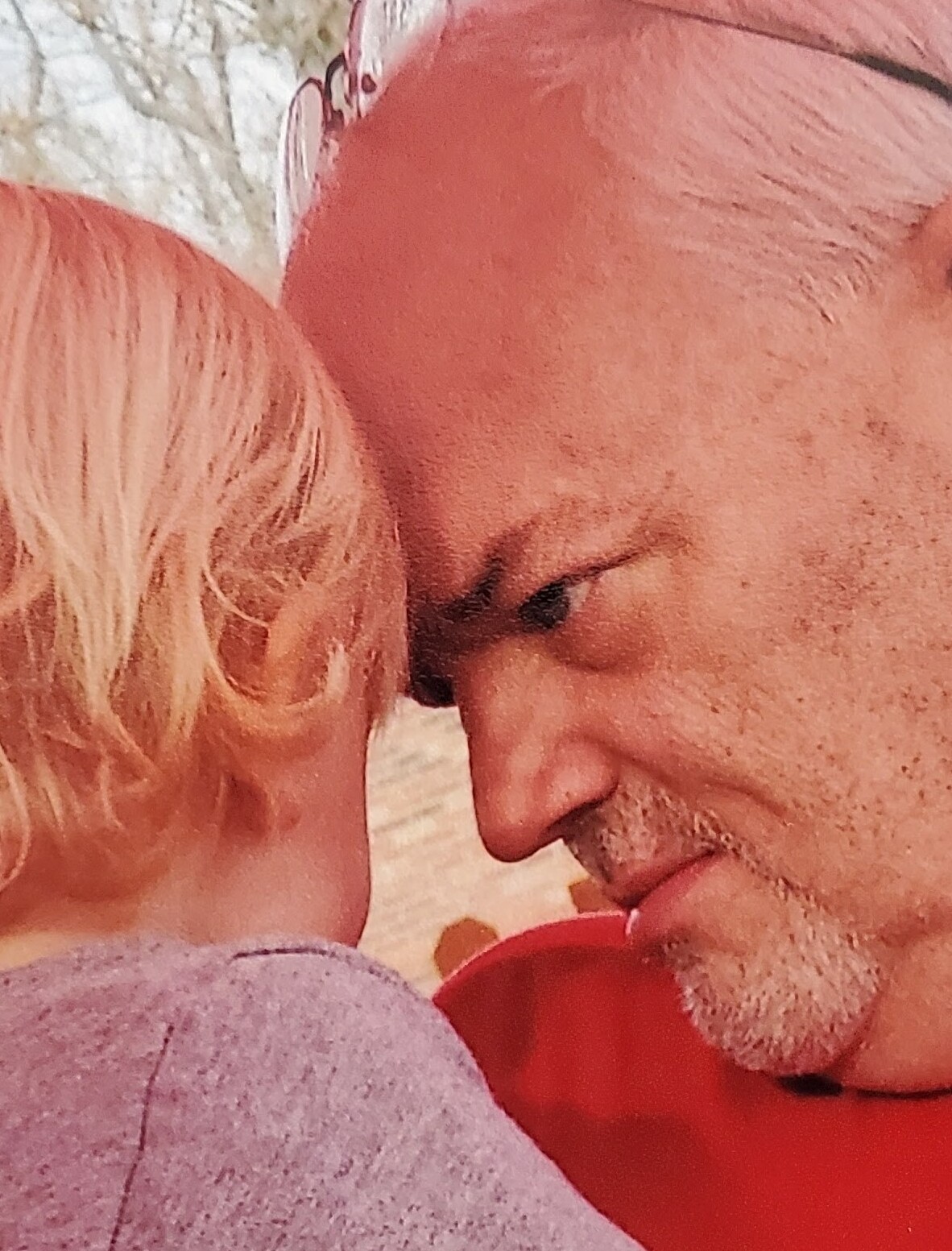 There is no way to condense an entire life like our Dad’s into a few paragraphs. Dad started looking for trouble from the day he was born, December 29, 1959 to Edward and Leona Flos in Chicago, IL. In fact he called everyone, including himself, trouble. There was always a story to tell or a conversation to be had, and he could pick out a police officer, firefighter, military personnel, or Franciscan brother out of a crowd of hundreds with pinpoint accuracy.

Mike grew up in Chicago, not an only child but a rather late one - both of his siblings, Chuck Flos, and Shirley Breitenstein (Flos) having moved away and started their own families when he came along. In 1978 he joined the Marine Corps and was stationed at Camp Pendleton in California. While serving as a Combat Engineer he received a Rifle Marksman badge, Meritorious Mast, and good conduct medals. After leaving the Marine Corps to help care for his parents, he moved to Colorado in 1982 where the family had relocated.

There he met Colleen Murray, daughter of Bob and Darlene Murray, and for better or worse, they were married September 7, 1985. Little did Colleen know that the life she signed up for would be with one of the most loving, caring, and completely problematic people in the world- and she wouldn’t change it for anything. Together they had two children, Heather and Ashley Flos. He frequently mixed up their names so obviously, he called them Fred, George, or Barney. Growing up he told his daughters he always wanted girls - because boys are wonderful but they grow into men - and daughters will always be your little girls. Never a truer statement was made - hugs from Dad could fix any woe. Even if you fought (and with two strong-willed, opinionated daughters there was no shortage of disagreements) Dad was quick to forgive, and always there with love and advice.

Among his other pastimes Dad was a volunteer Firefighter II/EMT from 1983-94 with Federal Heights, and from 1994-2003 with Arvada fire department. He taught classes in first aid and CPR for certification, and AED classes. He loved being a firefighter - even when he was a kid he was known to go chasing fire trucks on his bicycle through the streets of Chicago- a trait he passed on to his grandson Matthew. One of his proudest accomplishments was his role as MDA (Muscular Dystrophy Association) coordinator for the Arvada Fire department’s Fill the Boot Campaign where he helped raise thousands of dollars for MDA research and children's camp programs. He also had the distinguished honor of playing Santa for the fire department Christmas parties and especially loved playing Santa for children who were special needs and otherwise wouldn’t be able to participate in holiday activities.

Dad was one of those people who seemed to know a lot about certain things, and a little bit about everything else. He had worked for St. Anthony's Hospital Systems, multiple chemical and gas companies, and most recently for Southwest Airlines. Him and his daughter Heather, who worked for an airline as well, could talk for hours about the in’s and outs of flight operation - much to the dismay of Colleen and Ashley, who had to sit through these talks dozens of times over. He was the go-to teacher extraordinaire for his grandson, Matthew’s, many questions about rescue vehicles, construction equipment, hydraulics, and anything else mechanical. He could figure out how to fix just about anything - even if there were the occasional “spare parts” after.

What else can we say about his life that shows just who he was? He often would load up the family and off we would go for a drive - just a day trip drive, exploring the Mountains. He loved chocolate chip cookies, pasty, and a proper Chicago hot dog (don’t you dare with the ketchup…). He had a habit of saying no to every question, statement, or opinion - regardless of if he actually meant no or not. He could never remember business names - often renaming whatever came to mind - such as Chick-a-fling instead of Chick-Fil-A. He learned drafting and dreamed of building his own home, or just coming up with many outrageous ideas for home improvements, like a donut shaped house with a pool in the middle. He would randomly come up with an invention that would make us all millions of course - maybe millions in Monopoly money, but nevertheless, he always had a new idea. And speaking of Monopoly - You couldn’t beat him - as soon as he bought his first set of properties you were all toast. He enjoyed reading war novels and playing city building games on the computer.

Above everything, however, family came first. He raised his daughters to be strong, independent women, capable of holding their own in this world. He taught us to try new things, push our boundaries and experience the world. He trusted we knew right from wrong and even if we made mistakes he was always there to lift us up - mistakes were just a part of life, and we learn and move on. More recently his grandson was the light of his life, and he was overjoyed to have another grandson (Connor James) on the way, due to be born on dad's birthday. Matthew was his best buddy, and they would spend hours together, going to breakfast, the park, or just watching fire videos, talking, and playing outside. Ever the optimist we all relied on dad to lift the family up in rough times, and be a steady force in our lives.

Mike is survived by his wife Colleen Flos; daughter Heather Pakalnis (Flos) and son in law Mintautas Pakalnis with their children Matthew and Connor Pakalnis; daughter Ashley Flos and partner Jose Martinez and their fur babies; sister Shirley Breitenstein; and many (many) nieces and nephews. The whole family will hold you in our hearts forever - Our kids will know you, that we can promise.

The Service will be at St. Peter and Paul Church

Fight those fires up in Heaven, Grandpa - Matthew loves you, and we all miss you terribly.