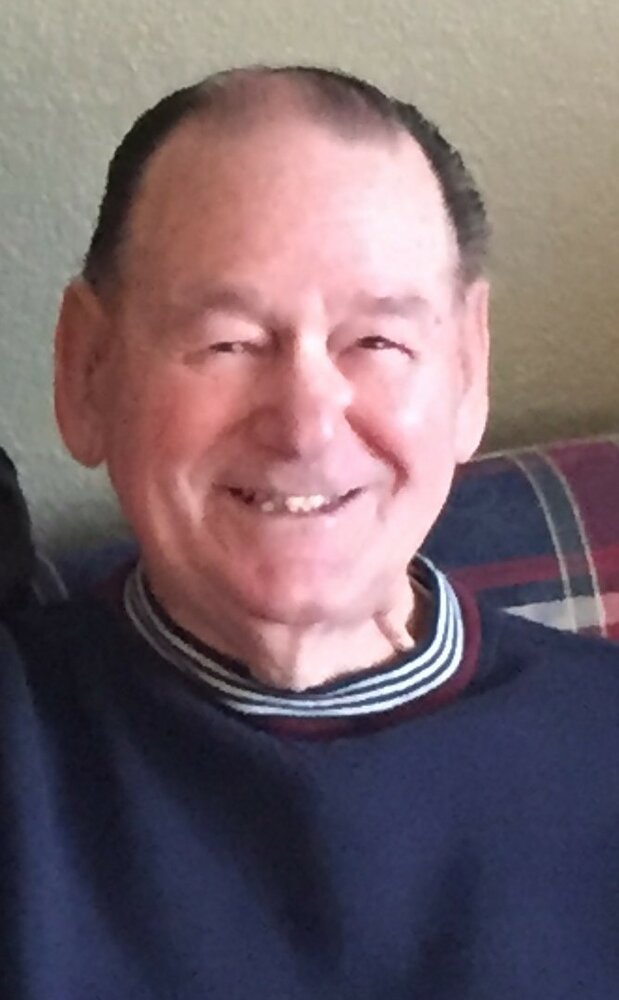 Robert Raymond Babbin, 89, of Westminster Colorado passed away at his home on December 24, 2021.  He is survived by his daughters, Susan (Cully) Farhar of Broomfield, Colorado and Sandra (David) Smith of Alpharetta, Georgia, his brother Donald L. Babbin of Kingston, Massachusetts, and his sister Jacqueline Musto of Bradford, Massachusetts; his five grandchildren, and several nephews, nieces, and great-nephews and great-nieces.  He was preceded in death by his loving wife of 49 years, Joan Gay Babbin, his parents Leslie William Babbin and Pearl Evelyn Babbin, and his sisters Leslie P. Clougherty and Elaine S. Trupasso.

As the youngest of five children, Bob flourished in his tight-knit family. Sharing a bathroom with three sisters and the rest of the family, and sharing the chore of washing dishes after dinner each night with his youngest sister were simply part of growing up, never a reason for complaint.   After graduating from high school in Lynn, Massachusetts, Bob enlisted in the Marine Corps Reserve and trained at the Marine Corps Recruit Depot in Parris Island, South Carolina.  He served as a corporal in the Marine Corps during the Korean War and upon discharge enrolled at the University of Maine under the GI Bill.

He fulfilled his lifelong aspiration of attending a Service Academy when he received a congressional appointment to the Naval Academy in Annapolis.  He graduated in 1957 and was commissioned as a 2nd Lieutenant, USMC.  He met the love of his life, Joan, in 1965 while she was also stationed in Camp Pendleton, California, as a Navy Nurse, and they married later that year.  He served during the Vietnam War and his deployments included a two-year tour aboard the USS- NOBLE as their combat cargo officer and an extended time in Okinawa, where he selflessly served his country while missing his wife and two young daughters at home.  He completed his post-graduate studies at the Naval Postgraduate School in Monterey, California.  He retired from the Marine Corps in 1977 having achieved the rank of Major and 20 years of service, and moved his family to Colorado.  He held jobs in banking, industrial sales, and insurance before retiring from business in 1994.

Never aimless, over the years Bob enjoyed golfing, skiing, and playing low-stakes poker at the Blackhawk, Colorado casinos.  He was also a lifelong reader.  He was a member of the Optimist club and an investment club, and made visits back East to visit family and attend reunions as he could.  He enjoyed watching his grandkids excel in sports, and took particular pleasure in watching Navy beat Army at football.

Bob embodied the Marine Corps motto of Semper Fidelis, remaining always faithful to God, his country, the Corps, his family and friends.   He took great pride in the fact that his father, his brother, and he had all previously served in the enlisted ranks and all subsequently received commissions in the Armed Forces.  He will be remembered for his easy smile, his generous spirit, and his quick wit.

Bob will be interred next to his beloved, Joan, at Fort Logan National Cemetery on March 14, 2022 following a brief committal ceremony.  In lieu of flowers the family requests that donations be made to Alzheimer’s Association.  While Bob was not afflicted with this disease directly, the cause is close to our hearts.  Online condolences and fond memories may be extended to the family at allstatescremation.com.

To send flowers to the family or plant a tree in memory of Robert Babbin, please visit Tribute Store