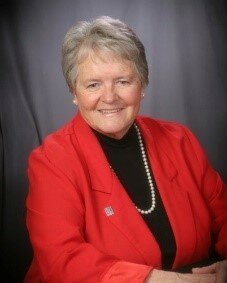 On December 13th, at 12:52 pm. Diane Y Lewis passed away at the North Suburban Hospital in Thornton, CO. She was 83 years old and died of Septic shock, she also suffered from pre Leukemia. Diane Y Lewis was born on Aug 31st, 1938 and lived in Northglenn, CO.

Diane was born in Denver Colorado to mother (Irene) and father (Milton ) Pritts. She was the youngest of the family with two other brothers, (Don and Roy Pritts). Diane graduated from High School (East Denver High) in 1956. She then married Roland Lewis on June 12, 1956 and gave birth to 4 children (Jodie, Debbie, Tim, and Ted). Diane’s professional career began at IBM in 12/5/1966 until her retirement on 8/31/1993 and extended a second career as a Real Estate Broker in 1996 and until her death in 2021. Diane belonged and supported numerous local city programs and good causes. A few that she spent more time with was the Northglenn / Thornton Rotary, she was president of the club in 2010 /2011 and an active member from 2000- 2021. She also supported the Denver Meals on Wheels program every Christmas and volunteered and supported the Northglenn Arts and Humanities (2009 to 2020) as their secretary.

Diane was the matriarch of the family, she had 9 grandchildren and 15 great grandchildren. She loved traveling and took several international trips to see the world as she wanted, she also spent time at her Cabin in the Colorado mountains enjoying the views and experiences of nature. Diane loved to read, collect stamps, spend time with family and take short trips to areas like Glenwood springs with her girl clan every year to sit in the hot springs and of course Viva Las Vegas to visit her money and see the lights.

There will be a memorial “celebration of life” in honor to Diane Y Lewis at the following location and date:

Donations can be made to: