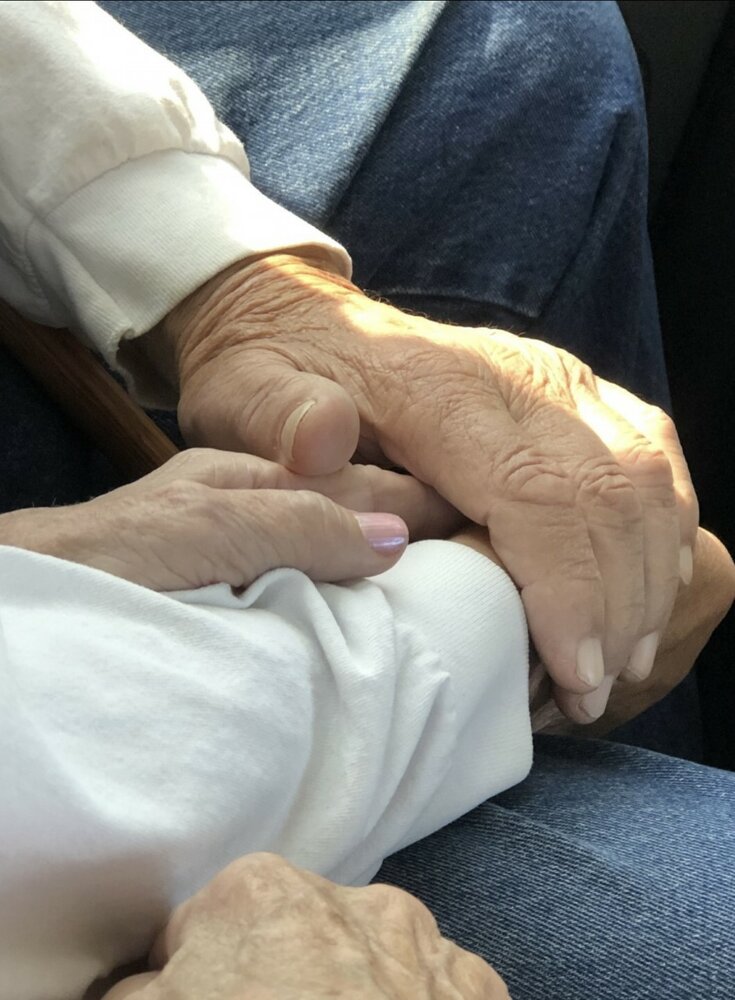 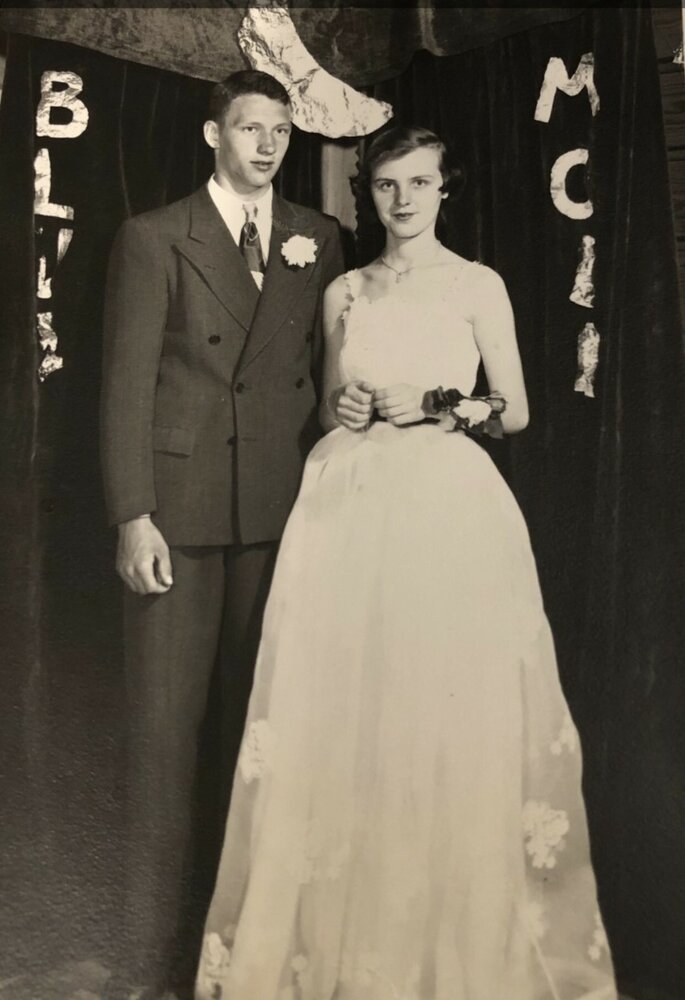 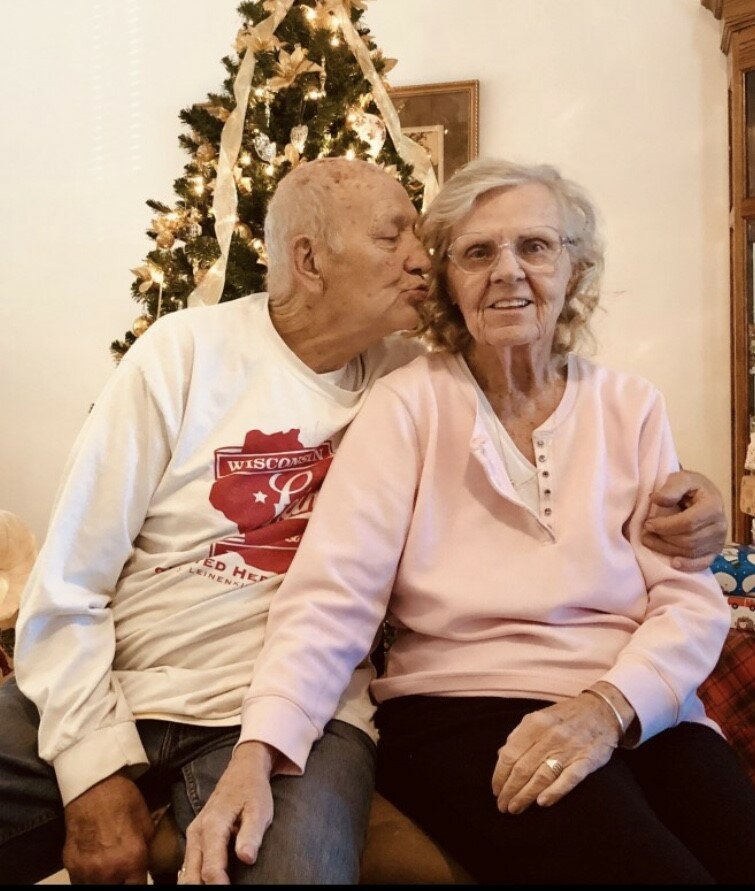 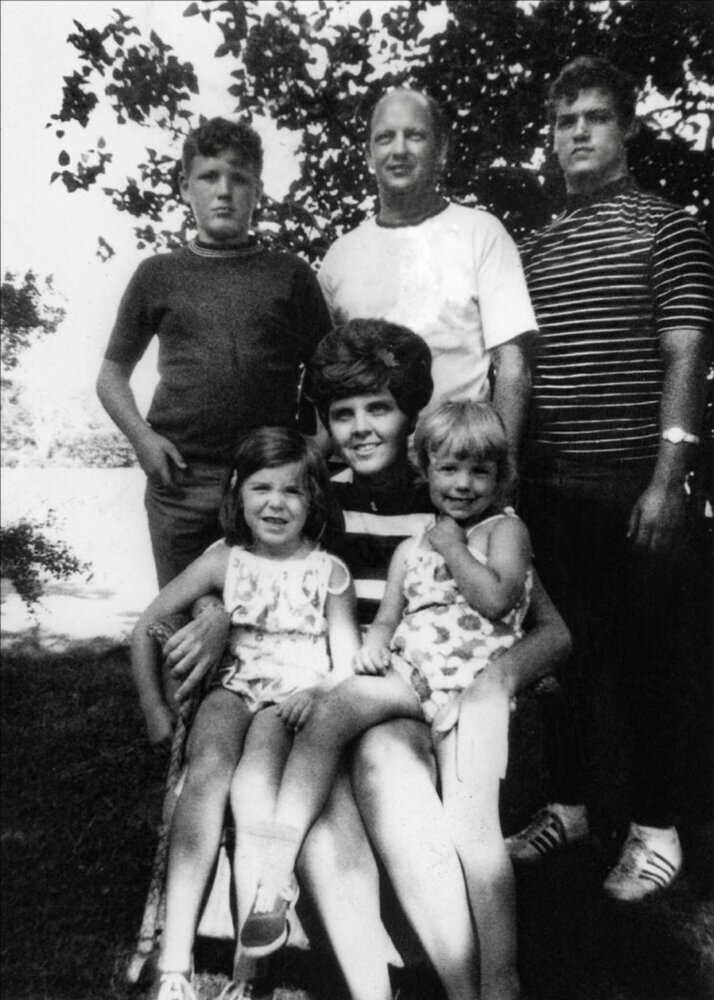 Carol Ruth Stoeklen, 86, peacefully passed away at home, surrounded by her loving family, on November 22, 2021.

Carol was born on July 29, 1935 in Colfax, Wisconsin, the daughter of Ruth E. Cooper and Elmer Hermann. She grew up in a home filled with love - love for one another, and for God. Carol was especially fond of her grandparents, Doctor Clifton and Mae Cooper. She often spoke about Sunday family dinners and chasing her grandfather to work, despite him always saying, “Go home, Carol”. She cherished her siblings, David, Barbara, Marilyn, and William, forming strong relationships with their children over the years. Carol treasured Floyd Stansbury, the man her children called grandpa.

As a young girl, Carol’s family moved from her birthplace to the “big city” of Menomonie, Wisconsin. It was there, in a Coddington Elementary 6th grade classroom, that a young boy named Bruce and his accomplice, innocently tossed an eraser that bounced into Carol. Yes, she tattled, but that is where a charming love story began.

Four years later in their sophomore year at Menomonie High School, a stunning choir girl and a handsome athlete “officially” began their journey together. Fast forward to the morning of their senior prom. Accompanied by their mothers, Ruth and Ruth, the high school sweethearts excitedly said “I DO” before a judge in a Stillwater, Minnesota courthouse. Later that evening at the Blue Moon prom dance, one might say the finest wedding reception took place. Carol and Bruce’s enduring friendship and 68-year marriage has been a gift to many.

The young couple resided in Minneapolis, Minnesota for over a decade before they moved to Colorado in 1967 with their four children. They chose the Westminster area and quickly began making lifelong friends and memories. Many would say Carol was the most devoted and supportive friend - maintaining a truly beautiful and rare friendship spanning decades with “the girls”. Annie – you are so loved!

Carol flowed naturally from wife, to mother, to career woman. She would say her most gratifying job was working with Iver C. Ranum during his superintendent years at School District 50. He often called her the best secretary in the universe. One day the halls of the administrative building were lined with posters displaying the letters “PD” and a date. Carol was publicizing the very first “pants day” for the female staff – woohoo! Over the years, Carol also prospered in banking, hotel catering, and even operating her own small fitness and tan salon.

Her four children grew up blessed with the most kind-hearted, gentle - yet so very strong - and inspiring role model. Her grandchildren could not have asked for a better grandma. She was caring, patient, and accepting, making each one feel special when they were with her. She was unconditionally present for birthdays, holidays, sporting events, concerts, dance competitions, plays, and milestones – ALWAYS! When a shoulder was needed to cry on, she was never far away. She loved deeply, which was evident in her encouraging words, thoughtful gestures, and abundant HUGS & KISSES.

Carol was graceful, effortlessly elegant, and silly. She loved hosting parties, ATTENDING parties, and telling stories – her own laughter often punctuating the words. From washing feather pillows to hiding from mice on countertops, playing games, camping, boating, sunbathing and DANCING – she always had funny stories and anecdotes. She had a contagious smile and her sweet laughter will live on in the hearts of her family and friends.

Carol wrote that she wants you to smile and enjoy the wonderful memories and good times, as there were many. She says that she will be watching over you, that hugs will be floating down, and to watch those stars!

Per Carol’s wishes, there will be no formal service at this time. Her family will notify loved ones when a Celebration of Life is scheduled.

Rest in peace, Carol. WE LOVE YOU MORE!