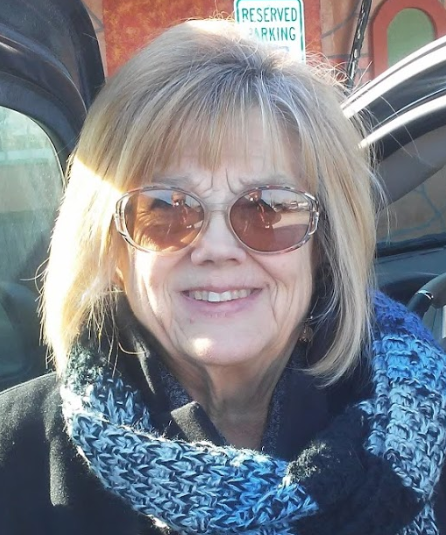 And her one remaining puppy, Peaches

Martha Hopkins met John Griffith and they were married on September 23, 1970 in Raton, New Mexico. Their first daughter, Amee, was born on March 29, 1971. Second born was Lori on April 30, 1975. Their third daughter, Nichole, was born December 20, 1976. They built a life together for 27 years and raised three daughters. Martha worked for many years and retired as a youth corrections officer. John passed in 1997.

After a few years Martha met Charles Connely. They were together for nearly 20 years and enjoyed RV camping and boating and  their five little puppies. She went on many trips with her sisters and friends she had known forever.  Charles passed in December 2015.

In 2017 she sold her home in Brighton and moved in with her middle daughter Lori. She enjoyed the freedom that came with being a non home owner. Going to lunch with friends and reconnecting with  family, getting her hair done every week, shopping and buying whatever she wanted, and discovering country dancing at Dougie’s.  She went every Friday and made many new friends. That’s where she met Donald Vaughn in 2018. They dated for a couple years and found a nice house with beautiful views in Wyoming.  They moved there in April of 2021 and planned to spend their lives there.

Martha tested positive for COVID in mid October. On the 29th she was taken to the ER and was immediately transferred to ICU. Four days later she was placed on a ventilator. For roughly 2 weeks the doctors struggled to keep her alive but the COVID had damaged her lungs so badly there was no chance of recovery. She passed away peacefully on November 15 with her three daughters by her side.

Mom was a kind and caring person and was liked by everyone who knew her. She was a source of strength and stability and she meant so much to so many people. Our world is a darker place without her in it. Now there is an empty space in our hearts that she used to fill and no words can express how much we love her and will miss her. We love you mom.