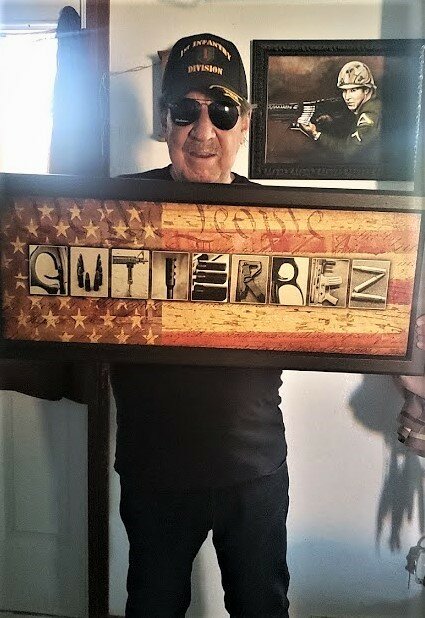 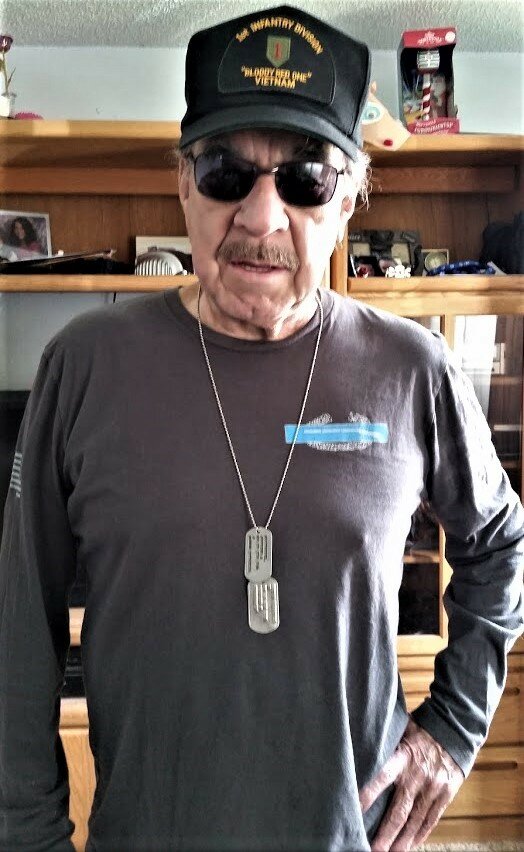 Abelino “Abe” Gutierrez, 75, of Commerce City, Colorado gained his wings and began his dance across the stars on Monday September 20, 2021 with 2 of his 4 children by his side. Memorial service will be held at Aspen Mortuary Chapel located at 6580 E 73rd Ave, Commerce City, CO 80022, on October 13th at 3:30pm. With a Celebration of Life following at The Yellow Rose Event Center located 6490 E 72nd Pl, Commerce City, CO 80022 from 5pm-7pm with light refreshments. Due to Covid being the cause of his death, the family is asking guests to be vaccinated. There will be a facebook live event for all that cannot attend in person. A private burial will be held at Ft. Logan Cemetery for limited family and friends. Abe was born March 17th, 1946 in Trinidad, Colorado to Rose and Max Gutierrez. He grew up with his 5 brothers John (Gil), Danny, Richard, Ralph, and Gerry as well as 3 sisters Patrcia, Sylvia, and Toni Mae. Living in a small town and having 5 brothers, it was not hard to find "adventures” in his youth. One that he spoke of on many occasions was hiking up the mountains with his brothers. Many times they would find fairly large rocks to roll down the mountainside. This became a favored pastime, until one occasion a runaway boulder crushed a chicken coup located in town.

An accomplished man, Abe joined the Army on November 22nd 1968, where he worked to become a Green Beret and was part of the 1st Infantry Division. Before deploying to Vietnam, he met Cheryl Tripp. It was a textbook love story; they met, fell in love, and planned to spend their lives together. He told her he was being shipped out to Vietnam. Cheryl assured him that he would return to her safe and that she would wait for him to come back. That promise got him through his tour of duty in Vietnam.

Upon returning, he reconnected with Cheryl. Their love story began where it had left off before deployment, and they were married on September 8th, 1969. They grew their family circle with the addition of their 3 children, Mona, Abe Jr. and Gina. The circle continued to grow when his kids met Darryl, Abe’s son from a previous relationship. Abe and Cheryl’s home was always full of family, friends, and dogs. Abe loved everyone and continued to add many to his circle over his lifetime, making his closest friends adopted family.

As his family started to grow with the birth of Mona and Abe Jr. He had the choice to re-enlist and become a Sniper for the Army or become a Police Officer. For Abe, who loved his family above everything, the choice was clear and joined the Denver Police Department in 1975. During his 32 years with the DPD he earned the rank of Detective, but spent many years in the Gang Unit. It was never a surprise to his family to see him involved in whatever was currently happening in Denver. There were numerous times he came home smelling of tear gas from protests and/or riots, usually at or near the State Capitol. He, along with his partner, were the 2nd unit on the scene at Columbine in 1999 landing his picture in People Magazine helping an injured student. Because of his actions at Columbine he was awarded the Denver Police Medal of Honor. He retired from the Department in 2007 which gave him much needed time with his family, especially his grandchildren whom he loved endlessly. Abe spent his retirement years gardening, watching Fox news, WWII movies/documentaries, and enjoying his family and friends. It brought him pure joy to spoil his dogs and would often feed them way too many treats.

He is preceded in death by his parents Max & Rose; siblings Sylvia, Danny, and Gerry as well as his loving wife Cheryl who he was married to for over 50 years. He is survived by siblings Gil (Annie), Patricia, Richard (Charlotte), Ralph (Rita), and Toni Mae (Junior). Children; Darryl (Tina), Mona, Abel Jr. (Shantell) and Gina (Richie). Grandchildren; Sheena (Brandon), Anthony, Darryl Jr., Adam (Gabby), Anika, Caressa, Quinnen, Annabella, Kaelyn, Jonathan, 9 great grandchildren, and uncountable cousins, nieces, nephews and friends. His presence will be greatly missed by all. Rest in Peace Papa.