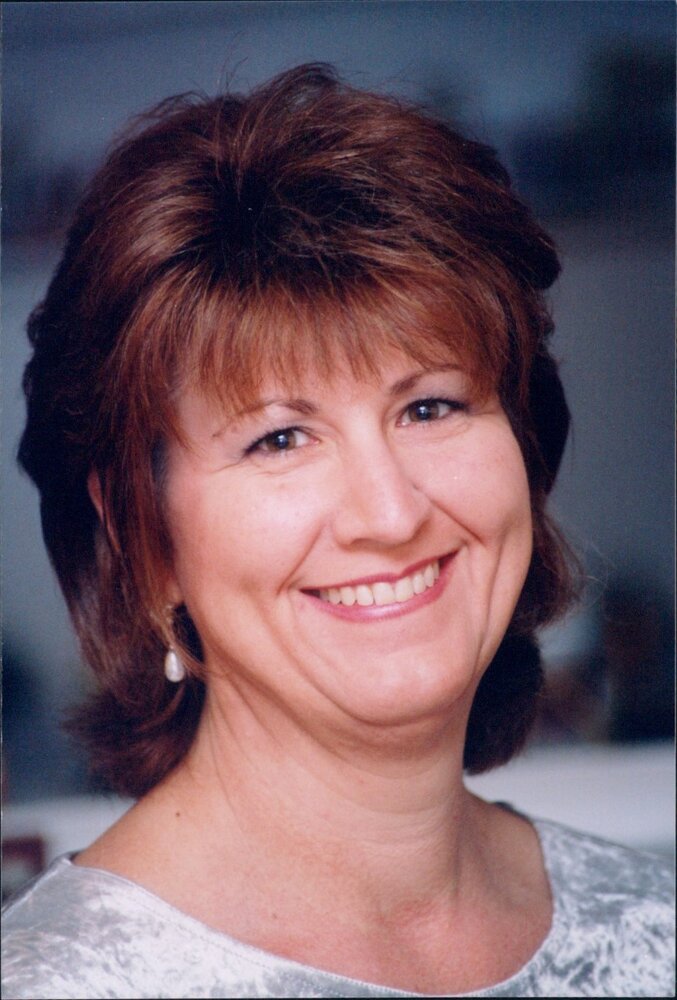 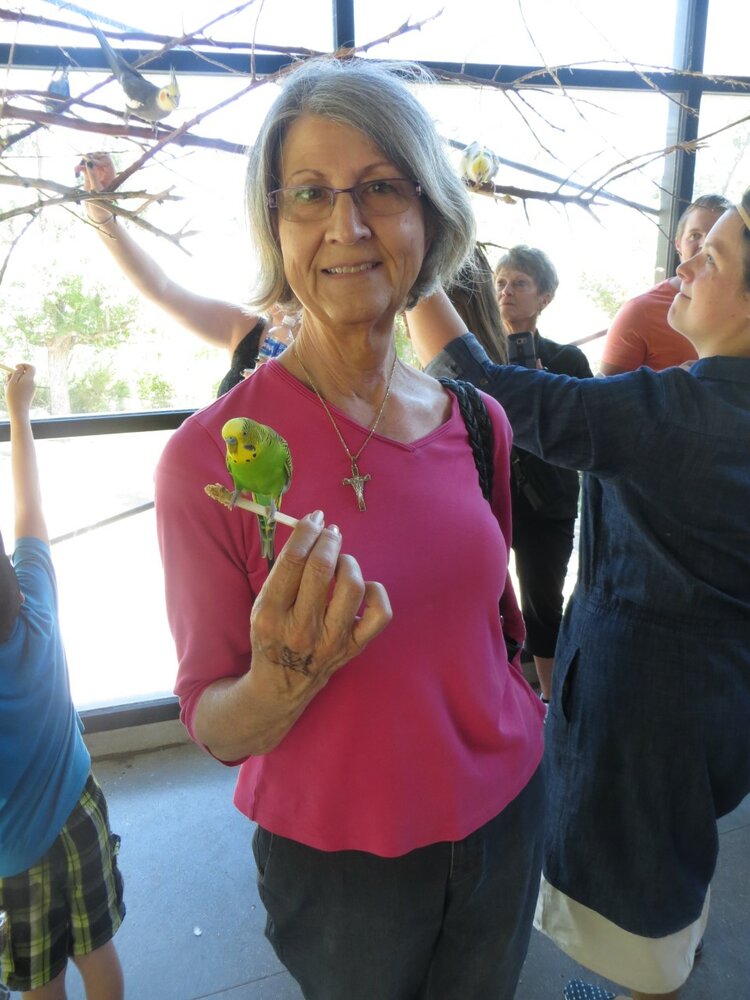 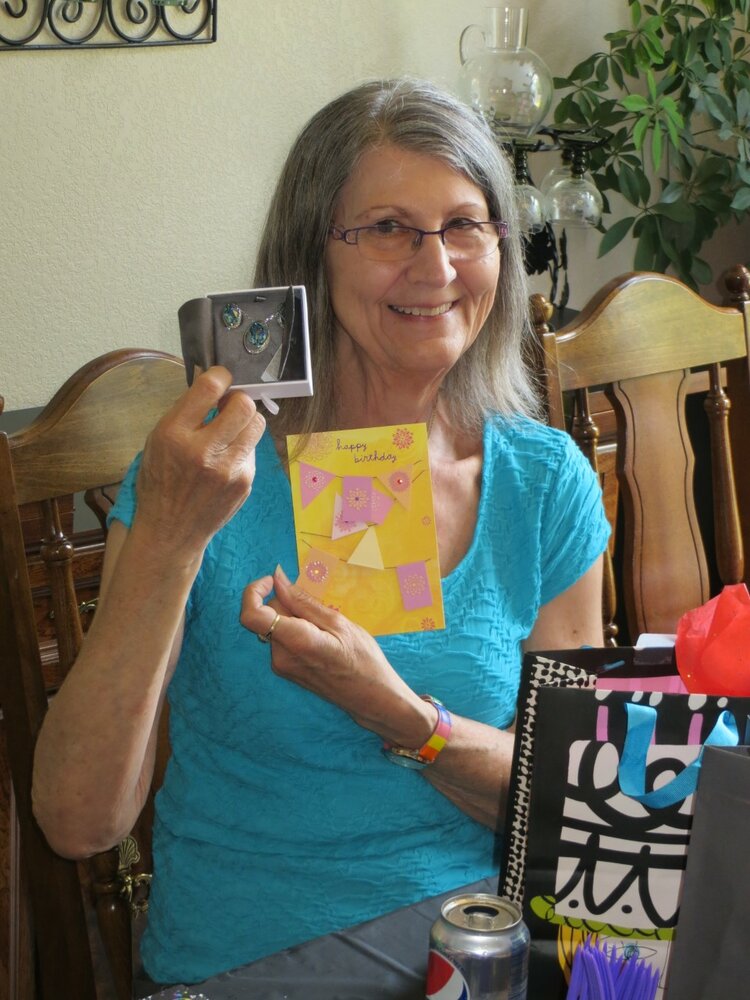 “I never fully understood what the words ‘I miss you’ meant until I reached for my mom’s hand and it wasn’t there reaching back.” – Unknown

Linda Lee Fitchett was born in Des Moines, Iowa on May 29, 1951. At the age of three, she moved to Miami, Florida, where she was raised by Thomas and Catherine Bragg. Linda grew up in the south Florida sunshine and loved going to the beach. She attended West Little River Elementary School. Sometime in the 1960s, the family purchased a home at 1330 NW 191st Street. Linda then attended Miami Norland Senior High School from 1966-1969. Like so many girls at the time, she was a member of the Future Homemakers of America and loved her English classes. During these years she fell in love with rock ‘n’ roll music and idolized Elvis Presley. She also became friends with two ladies who would remain two of her lifelong devoted girlfriends – Debbie Durham, nee Walker and Lin Anderson, nee Fish. Linda graduated from Miami Norland HS on June 16, 1969.

Following high school, she worked at a bank in Miami and during that time she reconnected with a young man from her high school mythology class. Linda started dating Steve Ruggier and they got married on August 29, 1970. On March 6, 1971, Linda gave birth to her first child, Heather Michele. Then on September 11, 1973, she had her first son, Joseph Thomas (J.T.). Due to complications at birth, J.T. had to spend some time in the Neo-Natal Intensive Care Unit (NICU) at Hialeah Hospital. It was during this time that Linda became inspired to become a NICU nurse; however it would be many years before she actually went to school to pursue her degree. Later, Steve and Linda bought their first home at 7600 Coral Boulevard in Miramar, Florida. She had their youngest son, Matthew Adam, on January 12, 1977. Linda was a devoted mother who fiercely loved her children, and her three kids were the center of her universe.

After a brief relocation to Des Moines, Iowa in 1979, the Ruggier family moved into Tom Bragg’s home where they lived for five more years. During that time, Linda became a parishioner at Visitation Catholic Church where she also sent all three of her children for school. She became very involved in the church community, developed many great friendships, and attended numerous church retreats. Linda enjoyed working with the youth group and taught catechism classes.

In the summer of 1984, the Ruggier family moved to Arvada, Colorado. It was a difficult transition for Linda as she missed her friends, her church family, and the beach terribly. She eventually found a new church community at St. Joan of Arc Catholic Church where she again became involved and volunteered in a number of roles. As Linda explored her

new home state, she discovered many places that she loved. She always enjoyed shopping and spent countless hours (and dollars) at Cherry Creek Mall, the 16th Street Mall in downtown Denver, and the Pearl Street Mall in Boulder. Of course, with her love of music, she attended dozens of concerts at Red Rocks Amphitheater, McNichols Arena, and Fiddler’s Green. Linda also had an affinity for live theater and regularly went to shows at the Arvada Center and the Denver Center for the Performing Arts.

During the late 80s Linda decided to pursue her dream of becoming a nurse. She enrolled at Front Range Community College and balanced being a wife and mother with her studies. She graduated with an associate’s degree and became an R.N. in 1990. She got a job in the NICU at Denver General Hospital (now Denver Health Medical Center). Linda discovered that caring for newborn babies with serious health problems was her true calling in life. She found a new sense of self-worth and fulfillment in this critical profession. As a NICU nurse, Linda saved countless lives and tended to the smallest, most fragile humans. She would walk the floors of the hospital with crying babies for hours. She took great pride in being able to start an IV on those teeny little infant veins when no one else could. Over the years, Linda also worked in NICUs at St. Anthony’s North Hospital, Platte Valley Hospital, and St. Francis Hospital. She returned to college many years later and earned her Bachelor of Science in Nursing and graduated Magna Cum Laude from Regis University in 2009.

On March 12, 1996, Heather gave Linda her first grandchild, Shea Morgan. Then in 2000, Linda was blessed with two more grandchildren. Heather had her son, Ethan Pierce, on July 14, and Matthew’s daughter, Cherish Jozlyn, was born on August 21. Her youngest grandbaby was Matthew’s daughter, Artesa Brooklyn, who was born on January 19, 2005. These four children were absolutely the light of Linda’s life. She loved them, rocked them to sleep, danced with them, fed them chocolate, and spoiled them rotten every chance she got.

Linda was thrilled when J.T. married his longtime sweetheart, Sara Evers, on August 20, 2005. Then Heather married her beau, Justin Puckett, on June 24, 2007. Matthew tied the knot with the love of his life, Shayla Montoya, on September 15, 2018. Their wedding was the last big family celebration that Linda attended.

Sadly, Linda was diagnosed with Alzheimer’s disease in January of 2017. Shortly thereafter, she moved in with J.T. and Sara who cared for her in their home for two years. In 2019, the family made the decision to move Linda into a memory care facility where she could receive full-time professional care. Surrounded by her family, she passed away gently and peacefully on the evening of Thursday, September 16, 2021.

Linda Lee Fitchett was a wonderful woman. She was kind, caring, compassionate, selfless, generous, intelligent, creative, and loving. Her smile could light up a room. Linda left an indelible mark on the lives of everyone who knew her. She will be deeply missed by her family, friends, and colleagues.

From “Bellbottom Blues” by Eric Clapton