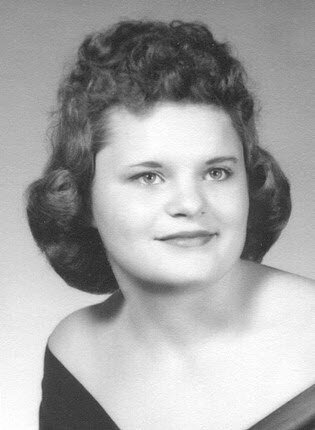 Sherrill Ann “Sherry” Busse Harshman was born in Julesburg, Sedgwick County, Colorado on the 15th of March, 1945, to Ed & Marie Busse.  She was baptized and confirmed in the Lutheran faith.  Sherry was the only girl among three brothers and “motherly” tasks often fell to her.  A frequent supper staple was her Chef Boyardee Pizza from a box.

Sherry  graduated from Julesburg High School in 1963. Sherry played clarinet in the band and taught clarinet in high school to beginners.  Sherry and Jack met in the summer of 1963, but Sherry’s aspirations took her to Denver where she attended an airline school.  She eventually moved back home to Julesburg, finding employment with TRW in Ogallala, NE.

Jack and Sherry were reunited and married August 1965.  Their union survived 56 years and will endure eternally.  Sherry gave birth to a set of twins,  Roger and Ann.  Sherry was the mother hen for all the school organizations and the Westminster Little League in which her twins became involved.   According to her son, Roger, “My mother would move heaven and earth to do anything for me and my twin sister Ann. She dedicated her life to make sure we lived a good life.”

After the children were on their own Sherry found employment with and eventually retired from Melco International.

She and Jack enjoyed  many nights in Black Hawk, Colorado, playing the slots and having an occasional gin and tonic. She took particular delight spending time with her grandchildren and great-grandchildren.

Her love of family often involved (embarrassingly) inquisitive questioning and marital advice which has provided the basis for greatly entertaining memories.

She insisted her family know her recipes for chicken noodle soup, sugar cookies, apple pie and chocolate pie, and her famous Christmas Cheese Ball, which will be dearly missed.

Sherry fell the morning of August 21, 2021, breaking her hip.  Surgery was successful and she was moved to a rehabilitation center.  Complications from heart and lung issues were too much, and she died peacefully the evening of September 3rd, 2021.

Preceding her in death were Sherry’s parents, her brother Dennis “Skip” Busse, and great-grandchild, Motley Meissner.