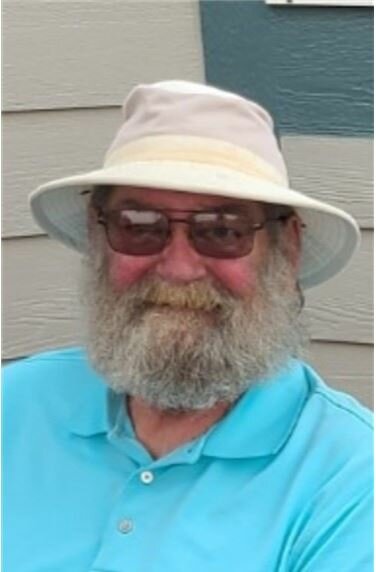 John Stephen Servick Sr., aged 73, passed away at St. Anthony North Health Campus in Westminster, CO on September 2, 2021.  He was born in Duquesne, PA on December 14, 1947 to Alvin and Norma Servick.  His father, Alvin, passed away before he was born.

John grew up in a large, loving family with five siblings and was a 1966 graduate of Center High School, in Center Township, PA.  He was a 4-sport letterman in football, basketball, golf and baseball.  Being handsome, popular, gregarious and well respected in the community, John participated in numerous clubs and activities throughout his youth, usually with his childhood best friend, John Lehman.  He was a 1970 graduate of the St. Joseph Lead Company Apprenticeship program and began his career there as a Journeyman Carpenter/Millwright.  His career and expertise in his field took John and his family all over the country.  In that time, he advanced his education, earning numerous certifications and awards.  John retired from Range Fuels in 2008.

On March 18, 1977, John met the love of his life, Christine Cracchiolo of Midland, PA, and 7 months later on October 8, 1977, they married at North Branch Presbyterian Church in Monaca, PA.  Over the next 10 years, work and life would take them from Pennsylvania to Texas, Florida and finally Denver, Colorado, where they raised their family and remained active in the community for 32 years.

A mentor, coach and friend, John was active with many youth organizations over the years, to include the Cub Scouts, Girl Scouts, Mt. Pleasant Soccer Club, New Port Richey P.A.L. Football League, Sherrelwood Little League, Thornton Junior Football, Hyland Hills Golf Course, Ranum High School Football and Volleyball Boosters and many other sports/activity organizations, too numerous to count.  He spent his time giving back to the community and was dedicated to the youth of the area.  The girls and boys he coached over 40 plus years became lifelong friends, often stopping by the house, just to say hi and reconnect with him.  It was a common occurrence for John to be out somewhere and hear someone call out to him, “Hey, Coach John!”   His dedication and contribution to youth sports is immeasurable.

Every spring, John would start growing out his beard to be Santa Claus at Christmas.  For 28 years on Christmas Eve, with a twinkle in his eye, he would pick up his Santa bag filled with candy canes and gifts, and drive his red Santa truck to each house, giving every one of his grandchildren and great grandchildren a special visit from Santa.  Each child knew in their heart of hearts, that this was their Papap, and how miraculous it was that their Pap was THE REAL Santa.  To his family, John was invincible and their very own hero – there wasn’t anything he couldn’t do or fix or be.

Per John’s wishes, there will be no funeral service.  A Celebration of Life will be announced at a later date.

To send flowers to the family or plant a tree in memory of John Servick, please visit Tribute Store