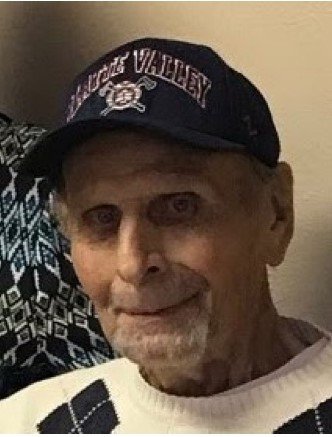 David L. Reigel was born in Denver, CO on January 9, 1936 to David and Elizabeth Reigel. On June 28, 2021 while he was about to start his daily text to each family member as he did every day, he suffered a heart attack.

Dave was a successful business owner and professional. His early years were spent in the lab at Benjamin Moore paint, which contributed to several Patents made by the company in the late 1950’s.

Throughout Dave’s life, he was passionate about golf and youth sports. He was a member of the hole in one club and was proud to carry a single digit handicap at the peak of his golfing years. Dave was a supporter and influencer of youth football and was actively involved in the Thornton Junior Football League. Even after years of coaching, you could still find Dave on the sidelines cheering on his children, grandchildren, and great grandchildren. It was not uncommon for Dave to voice his opinions with the local referees.

Many who knew him knew that if they had a problem he would work on a solution until most times he convinced you to go along with his solution whether you agreed or not. Many of those solutions involved liquid nail or duct tape.

As a native of Colorado Dave loved all Colorado professional sporting teams. As a season ticket holder since 1964, Dave religiously attended Broncos games and the tickets are still maintained by the family to this day. In the most recent years, Dave loved to drive himself crazy watching the Rockies.

If you knew David you instantly became his friend; he would welcome everyone to his home and loved all. Dave was genuine, generous, and sincerely cared about everyone’s wellbeing. If he asked how you were doing, he truly cared.

His children and grandchildren were the motivation and love of his life. He was a huge influence in their lives and instilled that through dedication, and hard work.

David was preceded in death by his parents David and Elizabeth, his wife Shirley, his sister Marlene and his brother Raymond.