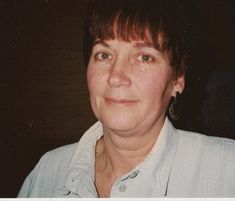 Charlene Yvonne Hicks Belitz, a communication professor, author, film producer, and seminar leader, died on June 2 in Denver after a long illness.  A woman of penetrating intelligence, formidable drive, and deep wisdom, she changed many lives for the better and is leaving a deep void in the lives of those who love her. Born and raised in Greeley, Colorado, she attended a Bible college and began her career working as an accountant for a restaurant chain. She became an assistant to Barry Corbett, a Mount Everest climber and ski filmmaker in Golden, Colorado. Having learned film production from him, she produced memorable television ads for the first political campaign of Governor Richard Lamm in 1974. She was the media director of Governor Lamm’s third campaign in 1982 and served a while as his press secretary. She was a director of the Clean Air Coalition, which in 1978 collected cards pledging to combat air pollution from a fifth of Denver residents. As a human resources manager at Citicorp for five years, she designed innovative programs to incentivize employees. She taught human communication studies at the University of Colorado at Denver, the University of Denver, and Denver Public Schools, and led hundreds of communication and transformational seminars in corporate, academic, government and personal development settings. With a friend, she authored The Power of Flow: Practical Ways to Transform Your Life with Meaningful Coincidence, which was published by the Crown Publishing Group, a Random House subsidiary, and translated into nine languages. She toured Tibet in 1993, underwent Kalachakra training with His Holiness the Dalai Lama in 1999, and as part of her PhD studies, interviewed Tibetan exiles in Nepal and India. She was preceded in death by her son Sean Patrick, who died in infancy. She is survived by her husband Dale, her daughter Laura, her son Michael and his wife Jamie, and her grandchildren Anthony (Hannah) and Kirsten, all of whom gave her the deepest joy and meaning in her life.