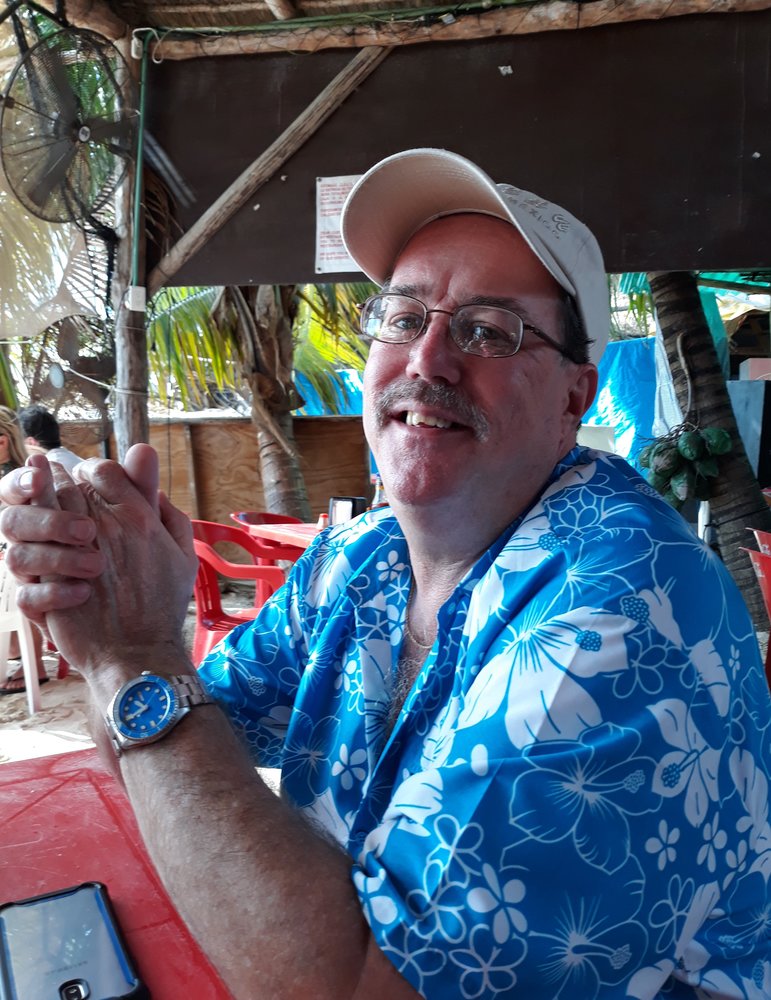 We lost Sean suddenly and unexpectedly in the early morning hours of Monday April 19, 2021 after only 55 years here on this earth. Sean was born in Denver to Raymond and Kathleen Hamilton on July 23,1965. Sean graduated from Jefferson High School in 1983 and went on to become a Journeyman Cabinetmaker working his entire career in the Denver area. He took great pride in his work and was truly an amazing woodworker. Sean met Janet in April of 1990 and they were married Feb 1, 1992. They were blessed with 2 amazing and incredible children. He will be greatly missed by everyone in his circle.

Sean and I spent the past few years (-2020) going to comedy shows, concerts,  dipping our toes in traveling and planning for our retirement. The past year was rough and Sean was very much looking forward to getting back in the comedy clubs and having something to laugh about again. In the interim he took joy in his children and his watch collection and learning all he could about them, even building one himself (a watch not a child, lol.) I don't know how I'll do it without you babe- forever your loving wife, Janet

I love you so much dad. Thank you for working so hard for our family every day. Thank you for introducing me to so much good music. I’ll never forget going to see Roger Waters for my first concert. It’s still probably the best concert I’ll ever see. Thank you for being one of the only people I could talk to about sports. I loved all the games we used to go to. Even if we lost, we still had such a great time. You were always so proud of my own musical accomplishments and that means the world to me. Your passing was completely unexpected and while I still don’t really know how to process everything that’s happened in the last few days, I’m sure we’ll all find a way to get through it because that’s what we always did.-Quentin

I don’t think there’s anyone luckier than me and my brother for the dad we were given. He was always there to make me laugh, or to be one of my biggest supporters in anything I would do. He showed up to almost all the soccer games, basketball games, and volleyball games, and no matter how bad I might have been, he would tell me I did great, and did that for me my entire life. I’ll miss our lunches and I’ll cherish each one I got to have with him. There’s a hole in my life now that I’m not sure I’ll ever be able to fill again, but I know that I have the best dad watching over me and continuing to cheer me on in whatever I decide to do. I love you dad. -Reilly a.k.a. Taylor

I don't know if I can express and just a few words how I felt about my beloved Sean. He was my nephew by birth he was my son by choice. He was a wonderful husband and father with a generous and giving spirit a true Craftsman and my dear friend. No father could have been prouder of a son then I was of Sean he will live forever in my heart. With never ending love Wally

Share Your Memory of
Sean
Upload Your Memory View All Memories
Be the first to upload a memory!