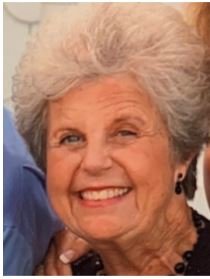 Mary L Krueger passed away on March 25, 2021 after a long battle with Alzheimer’s. She is survived by her devoted husband, John. Mary was the loving mother of Kristine Blue, and her husband, Jim, of Boston, MA, Kimberly Parker of Orange County, CA and Jonathan Krueger of Aurora, CO. She thoroughly enjoyed being a grandmother to her ten grandchildren. Brennen, Lauren, Nick and Bradley Parker of Orange County, CA, Katie, Matthew, Meghan and Timothy Blue of Boston, MA and Makenna and Caroline Krueger of Aurora, CO.

Mary was born to Ruth and Laurie Peterson in Wittenberg, WI. on July 25, 1938. She has one surviving sister, Faith Lonsway of Kaukauna, WI and was predeceased by her brother, David Peterson of Madison, WI and her sister Beth Brugger of Hustisford, WI.

Mary graduated from Wittenberg High School and was the Salutatorian of her class. She then attended the University of Wisconsin where she graduated with an Education degree and was a member of Kappa Delta sorority.

After graduation Mary taught Kindergarten in Wauwatosa and Shorewood, WI. She met her husband, John, shortly after she began

teaching, and they were married in 1962. In 1969 they moved to Albany, NY where John was the General Agent for Connecticut Mutual. They remained in Albany until 2000, when they retired and moved to Aurora , CO.

Mary loved music and played both the piano and organ. She also sang in many church choirs and performed in musicals at Heritage Eagle Bend, the community she lived in with her husband. She belonged to a quilting club at her church and garden club in her community. Mary and John were great traveling partners, visiting over 80 countries around the world.

Mary had a special love for children. Not only her own children and grandchildren, but others she served. She owned and operated her own preschool and served on preschool boards at her church and the historic Schenectady Day Nursery. She loved making costumes and clothes for her many grandchildren. Mary was also very proficient at sewing American Doll clothes and made a wide variety of them.

Mary will be sorely missed by her dedicated and faithful caregiver, Patti Pflug, who cared for Mary, seven days a week, for the past two years. She will be missed dearly by her immediate and extended family. We are comforted, however, by the blessed assurance of her eternal life in heaven through her faith in Christ. There will be a private service at Bethany Lutheran Church on April, 11th and a celebration of Mary’s life in Wisconsin on June 26th.

Share Your Memory of
Mary
Upload Your Memory View All Memories
Be the first to upload a memory!