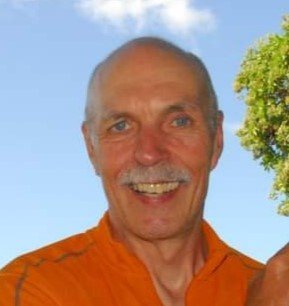 Born in Ashland, Oregon, Steven Charles DeAutremont passed at Porter Hospice in Centennial, CO at the age of 74.  The eldest son of Charles and Iva DeAutremont, Steve graduated from St. Francis High School in Eugene, OR.  Steve earned a BS in Applied Mathematics in 1970 and an MBA in 1972, both from his beloved Oregon State University.  He married his childhood sweetheart, Mary Lee Robertson, in 1968.

Steve was a highly accomplished athlete with a drive and focus most could only hope to achieve.  While at OSU, he won two NCAA championships in the hammer throw event in 1969 and 1970, and he held the OSU record for the longest throw in competition for 17 years.  Following his OSU career, he won the 1974 AAU hammer throw championship, he was a four-time member of the USA Track and Field team, and he served as a part time throwing coach at OSU, where he helped develop several All Americans.  Steve qualified for the 1976 Olympic Games, but he was unable to compete due to illness.  In 1992, he was inducted into the Oregon State University Sports Hall of Fame.

Steve spent the majority of his professional career with CH2M Hill in various financial and business management roles.  His personal contributions, as well as the contributions of the many people he developed throughout his career, helped transform CH2M Hill from a regional environmental engineering service provider into a renowned multi-national engineering organization.  Steve and Mary Lee, along with their two children, Andrea and Kevin, moved from Corvallis, OR to Denver, CO in 1983 when CH2M Hill moved its corporate headquarters to Denver.  Steve focused on his job and family while continuing to explore his love of photography, music, and watching professional sports (interacting with the television at high volumes).  With a lifelong dedication to fitness, he added a marathon, racquetball competitions, and long-distance biking to his accomplishments.  He coached Kevin’s basketball teams, and volunteered at Big Brothers, Big Sisters and St. Vincent De Paul.

Steve retired in 2010 and returned to his true passion, coaching.  He volunteered his expertise at various local high schools and helped bring success to many young athletes.  His biggest success was Lance Brooks, a highly accomplished discus thrower, whom he proudly coached to the 2012 London Olympics.

A Funeral Service will be held on Tuesday, January 19, 2021 at 12:30 p.m., at St. Thomas More Catholic Parish with family only.  The service will be live streamed for those that would like to attend. Please contact Steve’s wife or children if you would like the link. Those who so desire may make donations in Steve’s name to the Oregon State University Foundation at 4238 SW Research Way, Corvallis, Oregon 97333-1068.  Please add the DeAutremont Family T&F Endowment in the memo of the check or follow this link and include DeAutremont Family T&F Endowment in the special instructions field:

Share Your Memory of
Steve
Upload Your Memory View All Memories
Be the first to upload a memory!