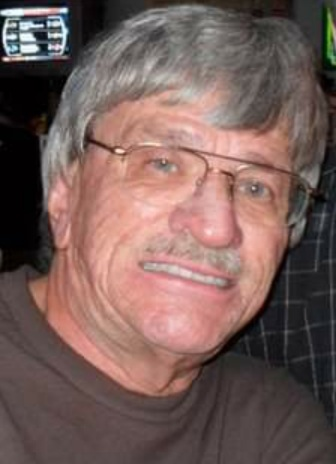 Dennis Roy Himmelberger of Thornton, went with the "angels" to be with "Our Lord" on Friday, the 2nd of October at 11:00 a.m.

Dennis was born in Allentown, PA on September 15th 1944. He and his family moved to Tucson AZ. Dennis graduated from Rincon High School in 1962. He joined the Army, and served a tour of duty in Baumholder Germany.

He then moved to Denver to work with his brother Rich at Azar’s Big Boy Restaurant. Dennis met his future wife, Kathy Jones in August of 1967, who was a waitress at the restaurant. They were married on July 4th, 1972.  Dennis worked at Azar’s Big Boy till 1992. After that he worked for a Pest Control company for two years. He then became a delivery driver for various businesses in the Denver area.

In 2009, Dennis found out through a test at Veterans Hospital that he carried the fatal defective gene for Huntington’s disease. He had to retire from working and driving. Dennis went into Hospice in November 2019 till he passed away.

Dennis is survived by his wife, Kathy, his two daughters, Laura and Mary, his three grandchildren, Christopher, Karen, and Anthony, his brother Rich of Tucson, AZ and his sister Pattie (Joe Motichka) of Waymart, PA, and his numerous cousins, nephews, and nieces.

Dennis loved all sports and was so happy when the Broncos won on Thursday night football. It was the night before he passed away. Dennis was a "Beloved" husband, father, and grandfather. He will be our families "Guardian Angel" forever.

Dennis will rest in peace at Fort Logan National Cemetery.

To send flowers to the family or plant a tree in memory of Dennis Himmelberger, please visit Tribute Store

Share Your Memory of
Dennis
Upload Your Memory View All Memories
Be the first to upload a memory!
Share A Memory
Send Flowers