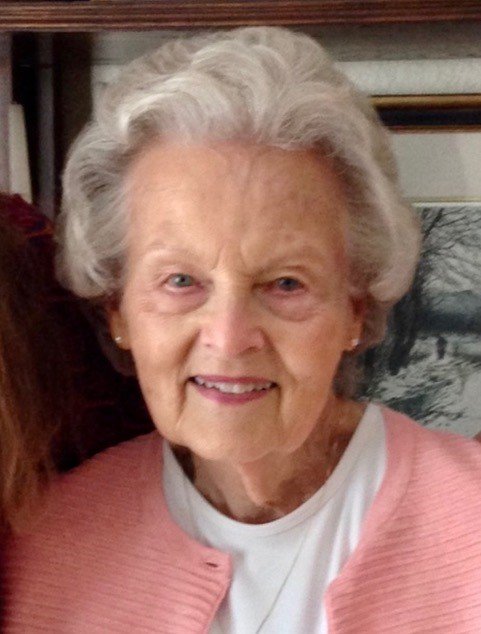 Madge Berkey Morgan passed away peacefully on September 7, 2020 in Centennial, CO.  She was 92 years old.

Madge was preceded in death by her parents, her sister and her beloved husband of 58 years, Joseph Kent Morgan.  Madge and Joe met in college at the University of Illinois at Urbana-Champaign following WWII.  Madge recalled the large influx of eligible men on campus once the war ended.  It was common at the time to have brief "Coke dates" because there were so many men to meet.  She met Joe and knew she liked him, but wasn’t sure if she had made plans for a second date with Joe or another suitor.  How thrilled she was when Joe arrived at her door once again.  They married on June 5, 1949.  Madge laughed that she graduated from college, got married, and turned 21 in one week’s time.  Madge obtained a degree in Spanish and planned to be a translator at an embassy in South America.  Her plans changed when she married Joe.  The couple lived in Laramie, WY where Joe completed his Master’s degree in Geology.  Sons David and Tom were born in Sterling, CO and daughter Lynn Shannon was born in Tulsa, OK.  The family also lived in Wichita, KS, Jackson, MS, Lafayette, LA, Richardson, TX and finally Greenwood Village, CO where Joe retired.

Madge was an outstanding bridge player and lover of chocolate, chile rellenos and salty chips. She was devoted to her family.  Every phone conversation or visit ended with “I love you."  When Joe passed away in 2007, Madge moved to Holly Creek Retirement Community in Centennial, CO.  She enjoyed her years there and had many wonderful friends.

The family extends their heartfelt thanks to the staff at Holly Creek and Aviant Hospice for their compassionate care.  In lieu of flowers, please donate in Madge’s name to her favorite charities -- American Heart Assoc., American Red Cross, and Alzheimer’s Assoc.: Colorado Chapter, or the charity of your choice.

An in-person private Celebration of Life will be held on October 11, 2020 in Littleton, CO.  A livestream of the ceremony will also be available.  Please send an email for details of the Memorial to: madgemorganmemorial@gmail.com

Share Your Memory of
Madge
Upload Your Memory View All Memories
Be the first to upload a memory!