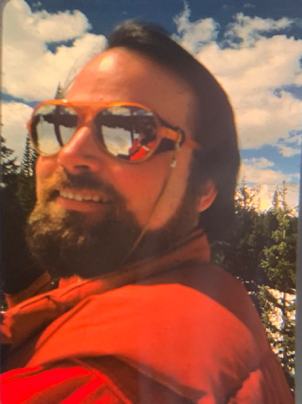 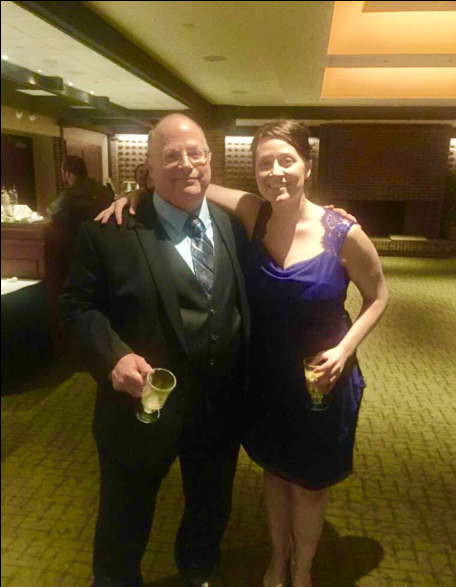 “A quiet man of music denied a simpler fate…”

Those lyrics written by Dan Fogelberg always remind me of my brother, Brian Thomas Smart, who was born on April 8, 1953 as (what would turn out to be) the middle child of seven to Rita Marie (Dowd) Smart & Col. Henry Joseph Smart, USMC.

Brian was a brilliant musician who could play pretty much anything he got his hands on…He loved books almost as much as music.  One of the great pleasures of his life was working for the Tattered Cover Book Store at their original location in Denver.  He was a gentle, unassuming man with an almost encyclopedic knowledge of a wide range of subjects. His book collection was to be envied!

Brian was a very hard worker as attested to by his long tenure as the manager of the overnight maintenance crew at the Walmart in Castle Rock.  Diana, the manager of Human Resources, said he was very much beloved.

It would be hard not to love him.

His gentle soul and kind manner made him very approachable.

But he was also a shy man.  They say animals can sense the true nature of a person.  If that is true (which I believe it to be), then Brian truly was a gentle soul.  He loved animals of all kinds and they loved him right back.  Deer could often be found on his Larkspur property gently stopping by to stare and say hello, knowing they were in a welcoming place.  Throughout his life, he’s had a menagerie of pets.   Starting with his dog, Chippy when he was very small, followed by Barney, Sam, Jake, and Danny-Boy. Cats were part of the family, too.  He even built an outdoor “cat run” so they could enjoy the outdoors when not enjoying the “cat trees” he had inside for them!  Hank and Shogun are the current feline inhabitants of his gentle heart.

He was an avid supporter of his local animal shelter as well as anything to do with supporting veterans of the U. S. Military.  Although, with his father having served in the United States Marine Corps in WWII & Korea as well as 3 nephews having served (and still serving), well, the Corps had a special place in his heart.  Close second was the Army and by extension, Air Force.  His mother, Rita, served as a flight nurse in WWII in the South Pacific Theater of Operations with the Army Air Corps which was the precursor to the Air Force.  His eldest brother, Kevin, served three tours in Viet Nam in the Army.  And his sister, Rita, served as a nurse in the Air Force.  Service to country is a very strong theme in the Smart Family.  Brian himself was unable to serve due to a heart murmur.  He was always sad about that.

The greatest joy of his life was his daughter, Kathryn Rebecca Smart. Although he was divorced from Katie’s mother, he was so proud of watching her become the wonderful, intelligent, kind, beautiful, young woman she is today.  One can absolutely see echos of Brian’s gentleness, kindness, and talent in her.

This world was not kind to such a gentle soul.  He had a difficult path through this life.  But in the end, in  convoluted way, Fate was kind.

On May 7th, it was discovered Brian had Stage 4 Lung cancer that had metastasized through the blood to the brain. He fought valiantly for 53 days against a fast and furious disease.  His family fought right along with him.  His brother, John, stepped up as primary care-giver for him.  It was fitting that they fought this disease together.  They were always quite the pair!  The hijinks they got into as children and young adults is the stuff of family lore!  They were often referred to as “The Katzenjammer Kids”, after a comic strip popular when Mother & Daddy were growing up. As they were always there for one another, it was only fitting that Brian fought his battle with John at his side.

Reinforcements came en masse June 6th as the clan descended on Littleton.  Organized by his big brother, Kevin and his wife Mary (or the “5th”sister as Brian, and all of us, always called her), the troops were rallied.  Kevin and Mary brought along sisters Karen, Rita, and Suzanne.  Sister, Claire, was kept from coming due to fighting her own newly diagnosed battle with liver cancer. Combined with Brian’s daughter, Katie, and John’s two daughters, Christina & Jennifer, a full-scale campaign was waged. The Colonel and the Army Air Corps Nurse would have been so proud!

Brian truly fought hard, but he lost the war on Sunday, June 28th at 10:25am. It was a beautiful day and the sun shone softly on him.  He was surrounded by his daughter, Katie, his brother, Johnny, sisters Karen, Rita, and Suzanne as well as his nephew, Kevin,  nieces, Christina and Jennifer, and cousin, Scott Verna.   Thanks to technology, Kevin & Mary, as well as Claire, were able to be on the phone.  So, he was surrounded by all of his siblings.  And as would seem appropriate, there was a dog under the head of his bed (Duke), a dog at the foot of his bed (Ember), and a dog guarding the bedroom doorway (Hope).  He was blessed with a peaceful passing.

And in the true circle of life, Kevin & Mary welcomed a new grandson a mere 27 hours and 50 minutes after Brian’s passing.

He is also survived by eleven nieces and nephews: Erin Teresa and Sean Joseph Whittaker, Caitlin Nicole Smart-Bothwell and her husband, Steve, The Kubala Clan including Meghan Marie, Christopher Michael and his wife Kelsey, Jonathan Andrew (former SGT., USMC) and his wife Jessenia (who are expecting their first child, a little boy, in October), LCPL Nicholas Evan, USMC (currently deployed in Japan) and his wife Lauren, and Hannah Terese.

He is pre-deceased by his parents, Henry Joseph & Rita Marie, as well as grand-niece, Margaret Rose Smart.

To say he’ll be missed is an understatement.

Due to COVID-19 concerns, the family is organizing a streaming service for him later in July. Please contact http://2019suzannesmart@gmail.com for further information if you’d like to log on to the Mass, once it is all set.

In lieu of flowers, donations can be made to the following organizations in Brian’s honor: