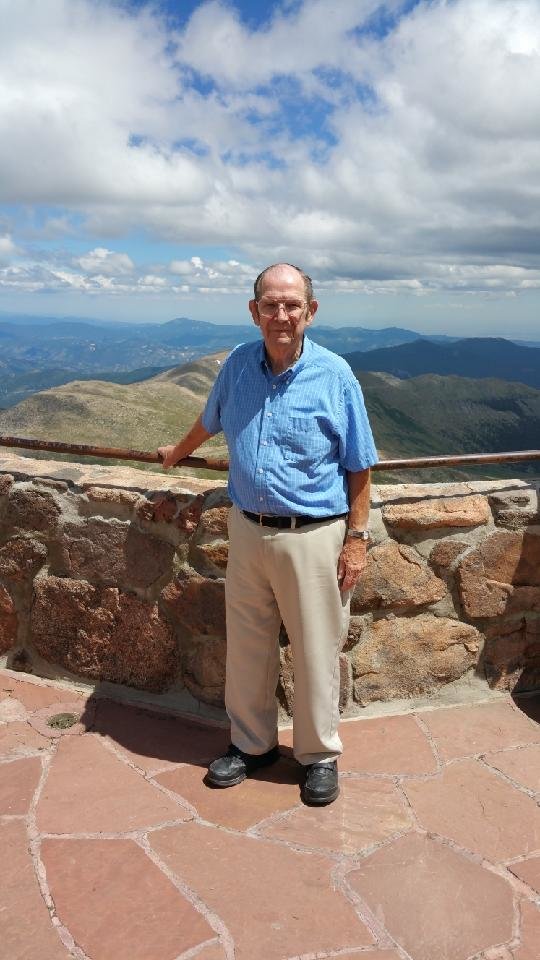 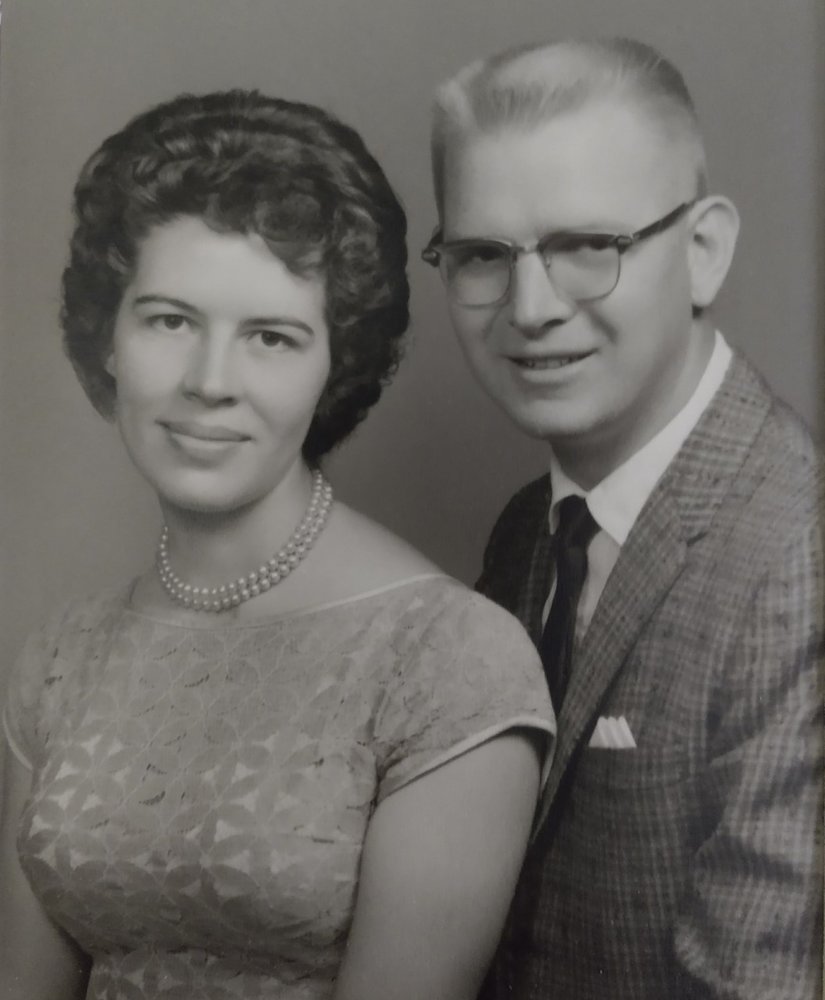 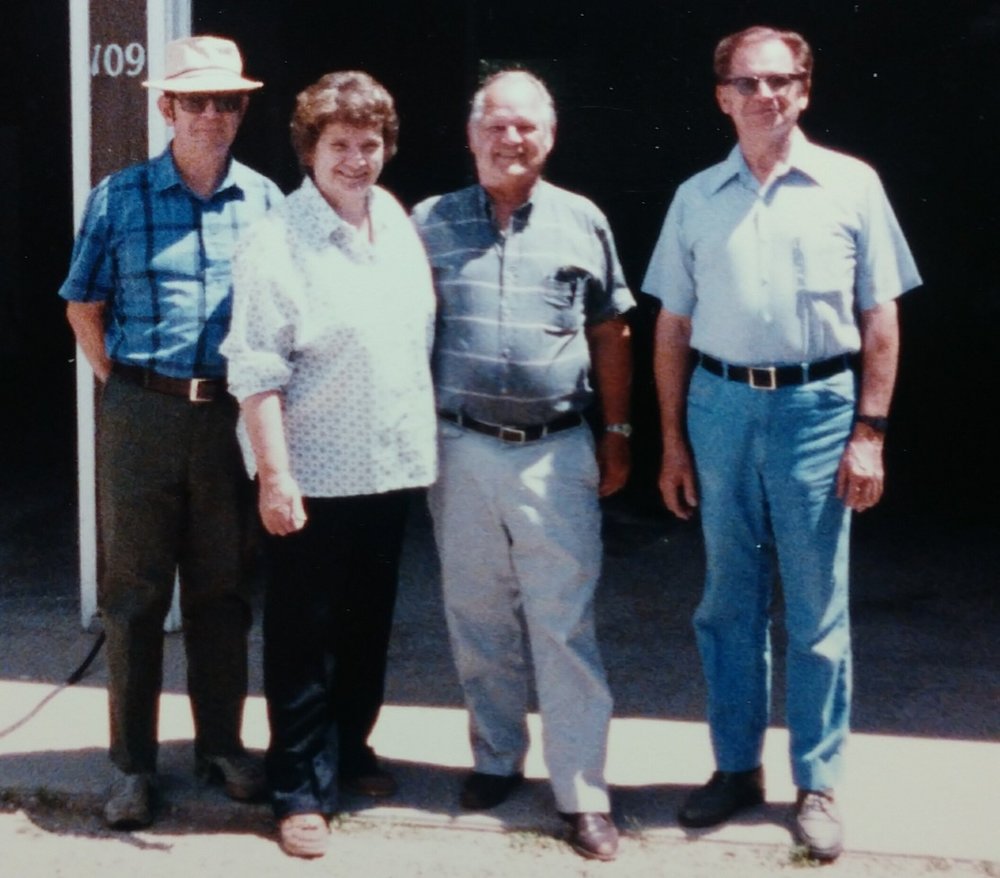 Alfred Lee Buerger (Al) of Arvada, Colorado passed away late Friday night on July 10th, 2020 just shy of his 85th birthday. A brief grave site service will be held at Crown Hill Cemetery in Wheat Ridge, Colorado on Thursday July 23rd, 2020 with just the immediate family in attendance. Al was born on August 5th, 1935 in Ponca City, Oklahoma to his parents Frederick Gustav Buerger Jr (Fritz) born in 1895 and Emma Bertha Buerger born in 1899 who never admitted to their full names. They went by just simply Fritz and Emma Buerger which I feel explains a lot about my father, Al. He was the youngest of four siblings: his brother Walter Fredrick Buerger (Walt) born in 1920, his brother Herbert Henry Buerger (Herb) born in 1924, and sister Pauline Kathryn Buerger born in 1932. According to his brother Walt, when Walt married his wife Bettye Jane Buerger, Al who was only 5 years old, was extremely upset that his big brother was moving out. Al, his brothers, and sister were always busy pranking each other all throughout their lives which was a lot of fun to witness. Most of the time, Al wasn’t the one being pranked, so we had to wonder, who was the real instigator? The family moved from Oklahoma to Colorado in 1944 while his brother Herb was serving as a Marine during WWII in the Pacific. His parents had purchased and sold a few different motels, some of which also had service stations that he helped his father run when he wasn’t in school. One of his memories from one of the service stations that had a wood burning stove inside was when his father asked him to light the stove. His dad watched him pour a little gasoline on the wood just like his older brother Herb had shown him to do, and he didn’t quite get the reaction from his father that he thought he would. They also had a chicken farm for a while that used to be fairly close to the Crown Hill Cemetery which he liked to talk about a lot, while his sister and he attended Bethlehem Lutheran School just down the street. He graduated in 1953 from South High in Denver, and then went to school to become a forest ranger, but then decided that he wasn’t sure about that career path. Dad decided to take some time off, so he served two years in the U.S. Army and was stationed mostly at Fort Sill, Oklahoma. He went back to school, and in 1962 he graduated from CSU in Fort Collins, Colorado with a Civil Engineering Degree and later obtained a Professional Engineering License. In 1960, he married Betty LeEtta Siminoe from Palisade, Colorado, who was also attending school at CSU. They had three children: a son David Dean Buerger (Dave) born in 1962 in Fort Collins, a second son Steven Lee Buerger (Steve) born in 1964 in Wheat Ridge, and a daughter Katherine Ann Shoop (Kathy) born in 1967 in Colorado Springs. They had just celebrated their 60th wedding anniversary on July 1st. As a Civil Engineer after 1962, Al and his Family lived in several Colorado cities where he worked for the U. S. Forest Service: Glenwood Springs, Golden, Steamboat Springs, Colorado Springs, and Arvada. In 1965 we spent the summer at Chadron NE constructing the Pine Ridge Job Corps facilities. In 1972 he transferred to Deadwood, South Dakota not long before that office moved to Spearfish, South Dakota where he and his family lived. While working in Spearfish, Al over saw timber sales for the Black Hills, designing roads and bridges, and the constructing and removal of access road for the timber. Only 6% of the timber was allowed to be harvested from an area. With the marriage of his daughter Kathy in 1991, Al retired from the Forest Service and moved to Arvada, Colorado. From 1992 to 1999, he took a job as caretaker for Holy Cross Lutheran Church in Wheat Ridge where he and his wife were and still are members of their congregation. Al was paid a salary for this job, but he quietly donated his salary back to the church. He continued helping out with the church maintenance and also help out with one of the church members that own his own company, convert the church to geothermal heating and cooling. He really enjoyed that project. When Al’s brother-in-law, William Siminoe (Bill) passed away in 2000, and Al took it as a wakeup call and went to work for FEMA for about the next ten years. When FEMA would call him out, he usually worked 12 hour days 6 days a week as a licensed engineer assessing disaster damage for a few months each time. This job took him all over the United States. After he was done with FEMA, Al spent the rest of his life continuing to take care of his immediate family along with taking care of Al and Betty’s siblings on both sides of their families. Pauline passed away in 2011, Walter’s wife passed in 2014, Walter passed in 2015, and Herb passed in 2016. Al and his wife Betty loved and were very proud of his children, grandchildren, and great grandchildren. Dave and his wife Madreen Michelle Buerger (married 1983) have a daughter Elizabeth Nicole Blea (born 1989) married to her husband Samson Ray Blea (married 2013) and have a son Samual Alexander Blea (born 2013) and a daughter Zoey Isabella Blea (born 2017). Steve and his wife Karen Anne Buerger (married 1988) have a son Elijah George Buerger (born 2006). Kathy and her husband Allen Ray Shoop (married 1991) have a son Justin Lee Shoop (born 1995) married to Ashley Shoop (married 2020) and a daughter Autumn Joy Shoop (born 2000). In lieu of flowers, a memorial has been established at Holy Cross Lutheran Church in Wheat Ridge, Colorado.

Share Your Memory of
Alfred
Upload Your Memory View All Memories
Be the first to upload a memory!