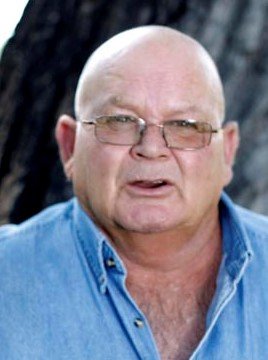 Lance J Bean age 70 passed away Wednesday, July 8, 2020. Lance was born on January 27, 1950 in Lakeview MI to Carmen R and Anna Belle (Russell) Bean. He grew up in MI but eventually moved to Casper WY. He was employed by the City of Casper until 1987. Lance loved to hunt, play Euchre, shoot pool, golf and bowl. He met and married Rhonda M Stoneking on April 15, 1978. Lance joined the Natrona County Sheriff’s Posse and served as president in 1986. He moved his family to Lakewood CO in 1987 where he resided until his passing. Lance was a heavy equipment operator and worked in construction building many relationships over the years. He was involved with Mountair Junior Baseball for many years, bowled on several bowling leagues and spent time with his family. He spent hours teaching his children and grandchildren how to golf, play baseball, ice skating, doing small repairs, and to work hard everyday. Lance will be remembered as a loving husband, father, grandfather and a true friend to many. He is survived by his beloved wife Rhonda M Bean of Lakewood; Daughter Josette Bean, daughter Charity Archer of Lakewood and son Jesse B Archer of Casper WY: 3 grandchildren that he adored Shonda Archer, Tyler Kovacevich and SadieMae Archer all of Lakewood CO; Sister-in-Laws Yvonne Bean of MI, Arlene Duran of Aurora CO and Helen Stoneking of Casper WY; Several nieces and nephews as well as great nieces and nephews; Lance was proceeded in death by daughter Christian Lynn Bean, parents Carmen and Anna Belle Bean, sisters Maxine Malich, Lavonne Wilson, Eileen Meade, Elaine Bean and Phyllis Lindsey, brothers Richard, DeWitt, Darwin, DuWayne and DeVere Bean. Celebration of Life is pending.

Share Your Memory of
Lance
Upload Your Memory View All Memories
Be the first to upload a memory!